In a first for Iran, the Teer Art fair is set to open amid a growing but fragile market environment 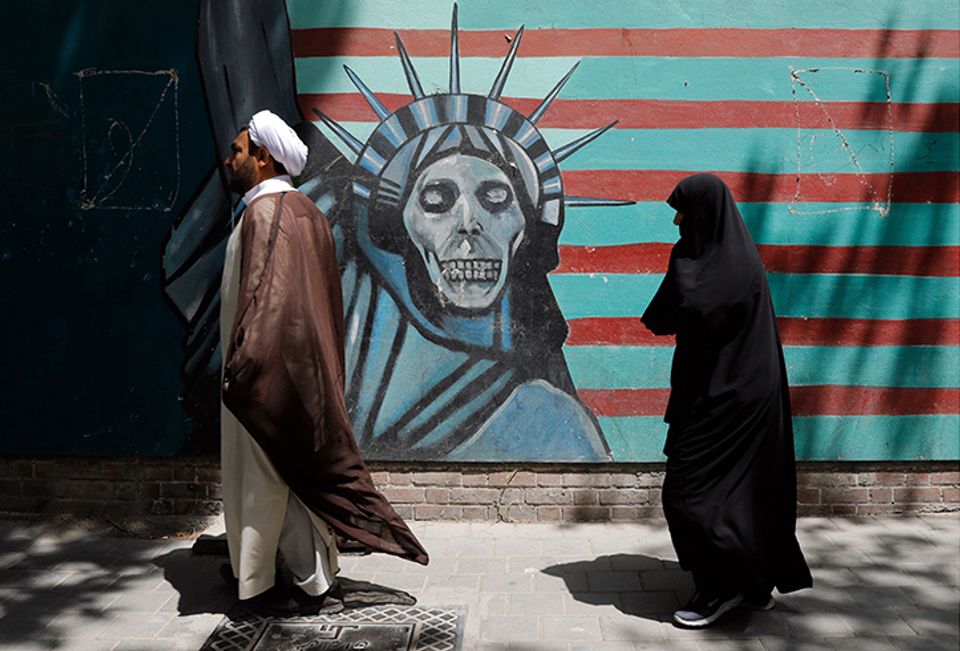 Despite Donald Trump’s renewed economic sanctions against Iran threatening to derail the economy—and a travel ban on eight majority Muslim countries that is diminishing cultural exchange—against all the odds, the Iranian art market is branching out.

Teer Art, Iran’s first ever art fair, opens in Tehran later this month (24-30 June), featuring 11 Iranian galleries that mainly specialise in contemporary art. According to government figures, galleries in Tehran have leapt from fewer than ten to 150 in the past five years.

Interest in contemporary Iranian art is also growing in the West, thanks in part to the large number of Iranian collectors living outside the country. CAMA, a specialist gallery, opened its first space in London in April (and third in Iran on 1 June), while Iranian art accounted for half of the revenue generated at Sotheby’s Middle East auction last year. According to ArtTactic’s latest report on the region, Iranian artists far outperform their Middle Eastern counterparts at global auctions: in 2017, Iranian artists generated £16.6m in sales, way ahead of second-placed Egypt, whose artists made £5.4m.

Nonetheless, dealers and artists say a curtailing of cultural and economic exchange between Iran and the West is threatening to crush a still fledgling market. “Without such exchanges, the Iranian art scene will become ghettoised once again,” warns Salman Matinfar, the director of Tehran’s Ab-Anbar gallery.

Iranians have lived on and off with economic sanctions since 2006 when the country refused to suspend its uranium enrichment programme. But many say the situation has become far worse in recent weeks. “Not only have Iranian gallerists not been able to travel to the US for studio visits, we haven’t been able to negotiate the insurance and shipment of works,” Matinfar says. Furthermore, lengthy and cumbersome visa processes have “discouraged many artists, curators and museum directors to reduce, if not cancel, their trips to Iran”.

A 40% drop in currency against the dollar in the space of a month has hampered spending inside Iran. “Purchasing art is not anyone’s priority,” Matinfar says. Galleries who represent international artists and deal with foreign currencies have been negatively affected in other ways. “The transfer or receipt of money to or from abroad is a major issue as Iran is not connected to the international banking system. It’s an ongoing issue made worse due to current political decisions,” Matinfar says.

Alexander Heller, the son of the Iranian expatriate Leila Heller who owns the eponymous New York and Dubai-based gallery, says the domestic market is “very active but Iran-specific”. Since the Iranian toman (rial) plummeted, the gallery has “halted doing business in Iran because collectors there are mainly trading among each other. Toman to toman has a much better value for them than buying outside of Iran.” Heller says the renewed sanctions will weaken the economy further and “create levels of monopoly in the market, where wealth is in a few hands”.

Riley Frost, the co-founder of CAMA gallery, points out that so-called “Modern” masters with international profiles such as Parviz Tanavoli are less likely to be affected than those artists who are forging a career. Frost believes the greatest threat to creativity will come from a crackdown on civil liberties in Iran. “[President Hassan] Rouhani has been a bit more liberal than his predecessors,” Frost says, “but economic crises cause social tensions and that tears away at the fabric of what brings people together.”

Trump’s travel ban is not only affecting travel to the US. The inaugural show at CAMA (until 20 June) features 21 Iranian artists, none of whom attended the opening. “A few had problems getting visas so we decided, in the communitarian spirit of the Iranian art scene, to not bring any artists over,” Frost says. “It’s always going to be a problem because the UK tends to follow the US into foreign policy decisions.”

Describing the Iranian art market as “a juggernaut that’s underappreciated”, Frost says many Iranians are hopeful that Trump will not be re-elected in 2020 and instead succeeded by someone with “less of an isolationist outlook who will reverse things”.

The Tehran-based artist Golnaz Fathi also remains optimistic. “I have agents around the world; for instance, Sundaram Tagore gallery in New York is my representative in the US. If Trump makes more problems for us, I will simply focus on other countries. We must remember: these things won’t last forever.”