Is the UK museum boom over? 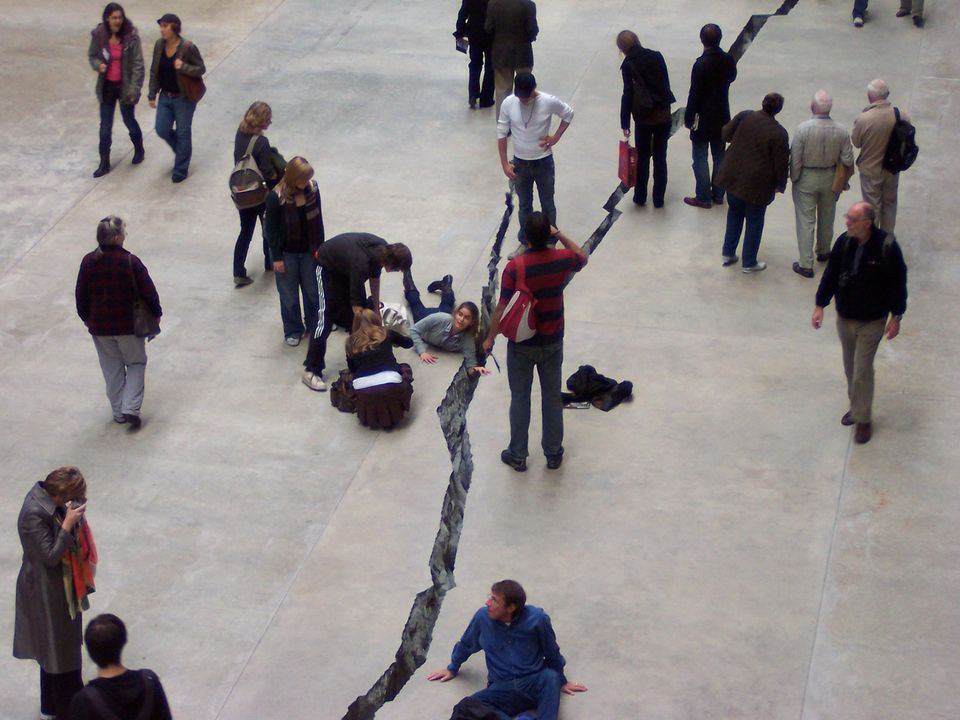 Visitor figures at England’s nationally funded museums have slumped, revealing a disturbing trend. Although recent newspaper reports have focused on the performance of individual London museums, from the sharp decline at the National Portrait Gallery to the booming figures at the Victoria and Albert Museum, a much more pertinent issue is emerging that should cause concern.

What is striking is that both sets of figures—those provided by the Department for Digital, Culture, Media and Sport (DCMS) and The Art Newspaper’s own survey—show a continuous increase and then a decrease in visitors.

The data for national museums covers those in England that are funded by the DCMS. There are 15 such institutions, some of which have several venues. The advantage of using data for so many museums is that it minimises the temporary effects of blockbuster exhibitions or building closures and openings, which can have an impact on figures for individual institutions.

What lies behind the recent decline in numbers? The change is partly due to the exclusion of Tyne & Wear Museums, which received around 1.8 million visitors, from the DCMS data from 2015/16, when its funding arrangements changed. And yet, even stripping out Tyne & Wear, there has been a loss of 2.5 million visitors over the past three financial years, representing a total reduction of 5%.

Nationally funded museums are highly dependent on international tourists, who make up 47% of their visitors. Foreign tourism to the UK has increased at around 5% a year since 2014/15, assisted more recently by the cheaper pound after the Brexit referendum. The upswing should have boosted museum attendance figures significantly, which suggests that the overall drop has resulted from a loss of UK visitors.

This is confirmed by the experience of the National Gallery in London. When figures declined considerably in 2017, its director, Gabriele Finaldi, told his trustees that “overseas visitor numbers were not down and the fall in numbers seemed to be from the UK”. So, one should consider why UK visitors are staying away from museums.

Fears concerning terrorism are a factor, the worst incidents last year occurring at London Bridge, on Westminster Bridge and in Manchester. These atrocities did discourage visits, particularly to London museums and especially for schoolchildren. Visits by children aged under 16 were down 6% in 2016/17 on the previous year. That presents a challenge for the future.

Many leading figures in the museum sector believe that the reduction in the number of UK visitors is partly an effect of the squeeze on personal incomes. Taking a family of four from Birmingham to London for the day and paying for food and other expenses could cost more than £200, even if there is free admission to the museums’ permanent collections.

According to Sandy Nairne, the director of the National Portrait Gallery until 2015, “pressures on people’s personal budgets are real, and the consistently rising cost of travel has to be a factor”. Mark Jones, who headed the Victoria and Albert Museum until 2011, agrees, saying the fall in visitor numbers is probably due to “static or declining household incomes”.

The cultural historian Robert Hewison attributes the fall in visitor numbers to government funding cuts. “DCMS-funded museums have done well in making up the shortfall, but this has meant staff cuts at all levels, and inevitably that means less activity, as well as low morale,” he says. Although the cuts began in 2010, there can be a lag of a few years before they impact on the visitor experience, in terms of the quality of exhibitions and the presentation of permanent collections.

Rising exhibition ticket prices also discourage visitors, particularly Londoners, who are more likely to go to shows than those living elsewhere. Standard tickets for Tate Modern’s exhibition Picasso 1932, which opened last month, cost £22, breaking the psychological £20 barrier that UK museums have tried to avoid breaching. The same gallery’s highly successful 2014 show Henri Matisse: the Cut-Outs cost £16.30. In effect, the price of a Tate blockbuster has risen by 35% in four years.

With the fall in numbers in recent years comes the danger of a vicious circle. Under pressure from funding cuts, museums become less ambitious, which makes them less attractive to the public, and so gradually the idea of visiting museums becomes less enticing. Falling visitor numbers produce less income from shops and catering—and then the problems really set in.

Visitors to major museums in 2017

The decline in visitor numbers: the background to our analysis

A few venues have joined or left the list in the past ten years (most importantly, the Royal Armouries in the Tower of London was included from 2012/13 and Tyne & Wear Museums excluded from 2015/16). The DCMS has released data for the first ten months of 2017/18, so The Art Newspaper has made estimates for February and March. Free admission to permanent collections began in 2001, so our survey of the past decade eliminates the initial surge in visits that followed.

Figures have been rounded to the nearest 0.1 million.

• Art's Most Popular—including the top ten most popular shows in their categories from around the world, the most cultured city in the US, and how to name a blockbuster show