Turkey's Göbekli Tepe: is this the world’s first architecture?

Scholars say the organisation needed to build the 12,000-year-old temple may mark the beginnings of class society and patriarchy 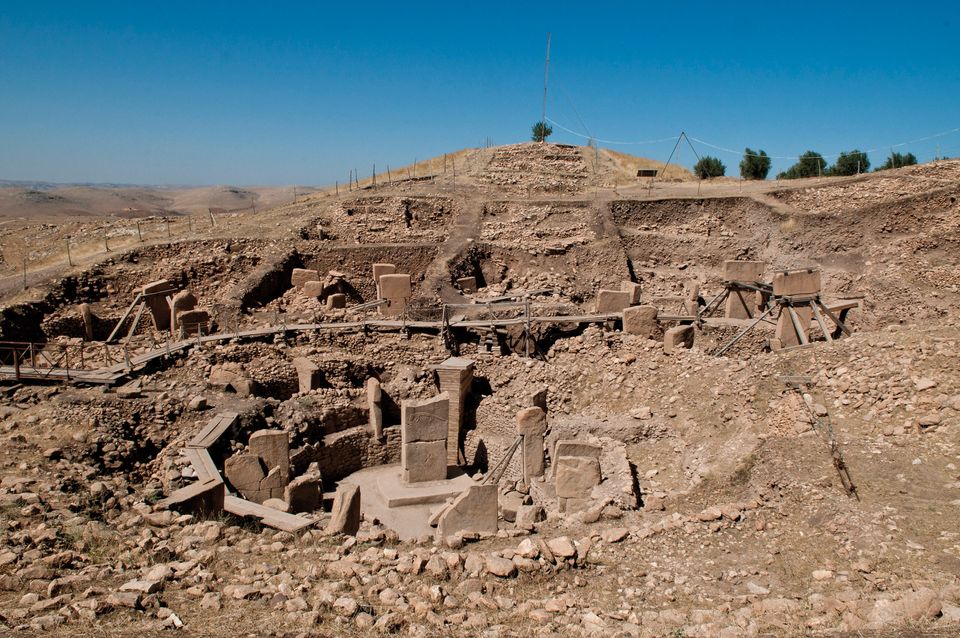 The 12,000-year-old site in south-east Turkey is being considered for Unesco World Heritage listing Courtesy of Teomancimit

At around 12,000 years old, Göbekli Tepe in south-east Turkey has been billed as the world’s oldest temple. It is many millennia older than Stonehenge or Egypt’s great pyramids, built in the pre-pottery Neolithic period before writing or the wheel. But should Göbekli Tepe, which became a Unesco World Heritage Site in July, also be regarded as the world’s oldest piece of architecture?

Archaeologists are fascinated by Göbekli Tepe, an artificial mound spread across eight hectares at the top end of the Fertile Crescent near the present-day city of Sanliurfa. It features a series of circular sunken structures that had been occupied for a thousand years before they were back-filled and abandoned.

Construction techniques vary but in the most elaborate there is a ring of T-shaped monolithic columns with a pair of larger, carved T-columns at the centre up to five metres tall. These not only supported a roof (for at least some of their life) but also represented abstracted human figures that were part of a belief system that is not yet understood. They are sculptural as well as structural, with animal figures in relief. 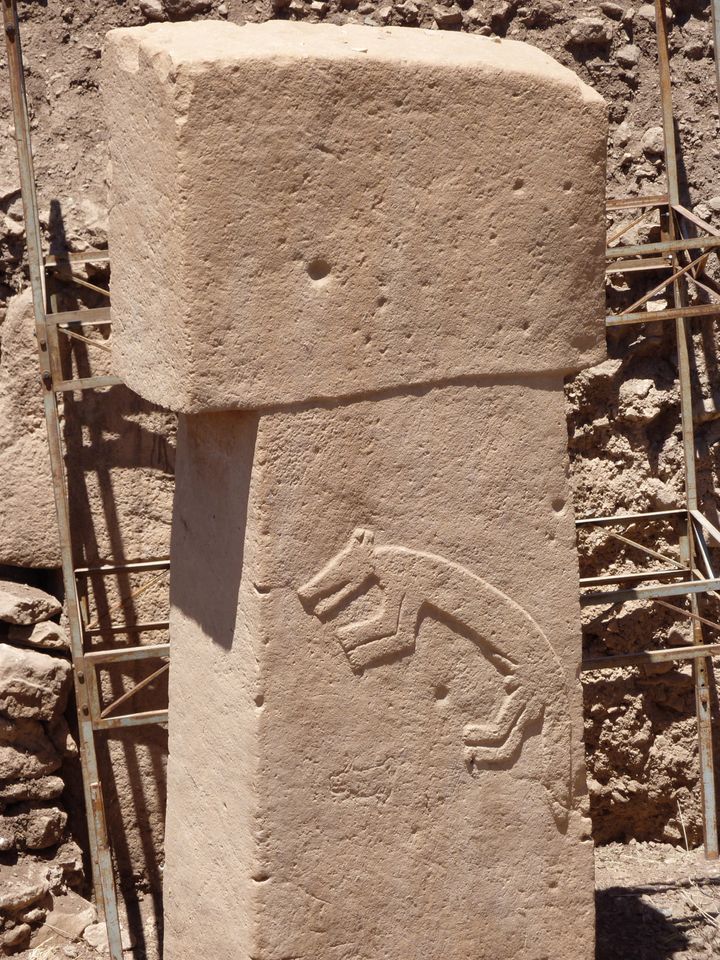 The largest circle is 17m by 25m but geotechnical surveys suggest there are bigger structures waiting to be unearthed. The earliest limestone monoliths were quarried locally but stones were later transported long distances. The communal effort involved in this endeavour must have involved hundreds of people at a period when most social groups had no more than 25 members.

Göbekli Tepe was built by hunter-gatherers, apparently before the Agricultural Revolution when fully permanent settlements came into being with plant cultivation and animal herding. Rather than architecture being the product of organised societies, as has long been thought, there is new thinking that, in fact, it may have been the organisation needed to build on such a scale that helped usher in agriculture and settled society.

Archaeological definitions of architecture tend to be broader than those of design professionals; it includes structures that create artificial space with, say, mud bricks, smoothed floors and right-angles. Architects tend to separate building—a simple vernacular shelter assembled out of utility—from architecture, in which conscious design that goes beyond the utilitarian comes into play.

Moritz Kinzel, an archaeologist and architect based at Copenhagen University who is working on the site, says: “Building becomes architecture not just because it is monumental but because of technical solutions and perceptions of space—it has a mindset.” Göbekli Tepe also goes beyond the human scale. He reminds us, however, that the domestic and the ritual cannot be separated to the degree they are today, and that older houses with ritual components have been discovered at sites in Jordan and the southern Levant.

Göbekli Tepe was built by hunter-gatherers, apparently before the Agricultural Revolution

Kinzel argues that the design experimentation found at Göbekli Tepe should encourage us to avoid chicken-and-egg arguments about the primacy of architecture or agriculture. Instead, the site illustrates a cusp period, with architecture emerging alongside more complex organisations that produced surpluses and gradually shifted from gathering wild crops to farming. Some of the earliest domesticated wheat was found in the area and the Göbekli Tepe stones feature depictions of dogs—the first animal to be domesticated by humans. It was a trial and error period, an age of architectural and societal experiment at the beginnings of the Agricultural Revolution rather than one preceding the other.

“Permanent buildings do not necessarily reflect permanent settlements,” Kinzel says, suggesting seasonal use at Göbekli Tepe. The construction process of the monumental structures may have triggered [people] staying longer, forcing them to invent new ways of dealing with arising new challenges.”

Current thinking is that Göbekli Tepe may not have been solely a cult centre but had other social and economic functions such as feasting, exchanging goods and finding partners and other activities that promoted a common social identity. The architecture may mark the beginnings of class society and patriarchy.

Noting the functional as well as aesthetic purpose of Göbekli Tepe’s T-columns, an architectural researcher who works with Kinzel, Dietmar Kurapkat from the Ostbayerische Technische Hochschule Regensburg, Germany, has written: “It is no exaggeration to label these… buildings with the term architecture.”