Experts question the reported size of illicit trade, particularly as the number of fake artefacts increases 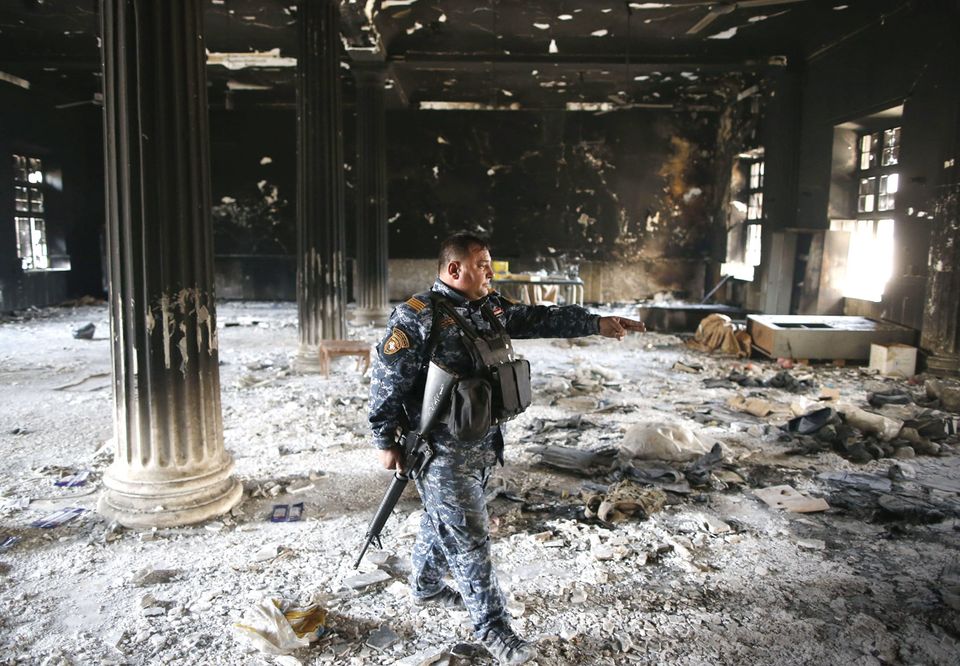 In April, Iraqi forces recaptured an empty Mosul Museum from IS fighters. It had been looted and vandalised, although much of its collection was moved to Baghdad in 2014 AHMAD GHARABLI/AFP/Getty Images

Confronted with military defeats and loss of revenues, Islamic State (IS) is taking over the sale and smuggling of looted artefacts, according to testimonies collected by the Wall Street Journal (WSJ). “Their accounts describe a pattern of trafficking in which ancient objects make their way from archaeological sites to warehouses in Europe and Asia to await sale to dealers in the West… Western security officials say they expect revenue from looted antiquities to become an increasingly important source of money for IS if its other revenue streams, such as oil, continue to dwindle,” the newspaper predicted in an article from 6 August.

Initially, in some provinces, IS reportedly charged looters a 20% tax on the estimated value of their findings. Now, per the WSJ, “IS demands that diggers sell all discovered items to the group at a 20% discount of their estimated market value; IS then resells the objects itself.” Michael Danti, from the American Schools of Oriental Research, says he has been “thoroughly impressed” by the WSJ’s reporting. The making of the article and a video, released last May, “took almost a year”, says Benoît Faucon, one of the authors. A specialist in the Middle East and the financing of terrorism, Faucon says that the team interviewed two defectors from the IS’s antiquities branch and three traders who smuggled works for the group.

“Members of IS are definitely involved in sales, particularly now that the so-called state is rapidly unravelling,” Danti confirms, although he adds that such rules are applied unevenly depending on the local leader. “In some areas, militants continue to destroy valuable sculptures,” warns Cheikhmous Ali, the founder of the Association for the Protection of Syrian Archaeology (APSA). His network recently reported such a case three months ago in the Euphrates valley.

However, the article raised questions among experts and antiquities dealers. “Although several allegations were attributed to Western law enforcement authorities, no one is identified, so they can’t be checked,” says Ivan Macquisten, a spokesman for the International Association of Dealers in Ancient Art (IADAA). One anonymous source, quoted on the accompanying video WSJ produced in May, claims that art trafficking provides $88m annually to IS, a number so precise it raises doubts about its credibility. Unesco denies it is the source for such figures, although it is often quoted as such. “Art is obviously the subject of a major illicit trade, but we never give a number or even suggest a hierarchy with other trades like drugs or weapons,” says Edouard Planche, a specialist in the trafficking of cultural goods at Unesco. “No one has any idea of these incomes and, in any case, they are minor compared with oil revenues and other taxations”, warns Ali, who believes “it harms our cause to spread such figures”.

Vincent Geerling, the chairman of IADAA, insists its member dealers are “as horrified by the human tragedy in Iraq and Syria as anyone else” and “would not touch anything that would aid terrorists.” The IADAA, he says, works “tirelessly to improve the situation and help the authorities prevent crime. So to be accused of trading in looted antiquities from anonymous sources without the accusers making any attempt whatsoever to support those claims with evidence is a burden we should not have to bear.” 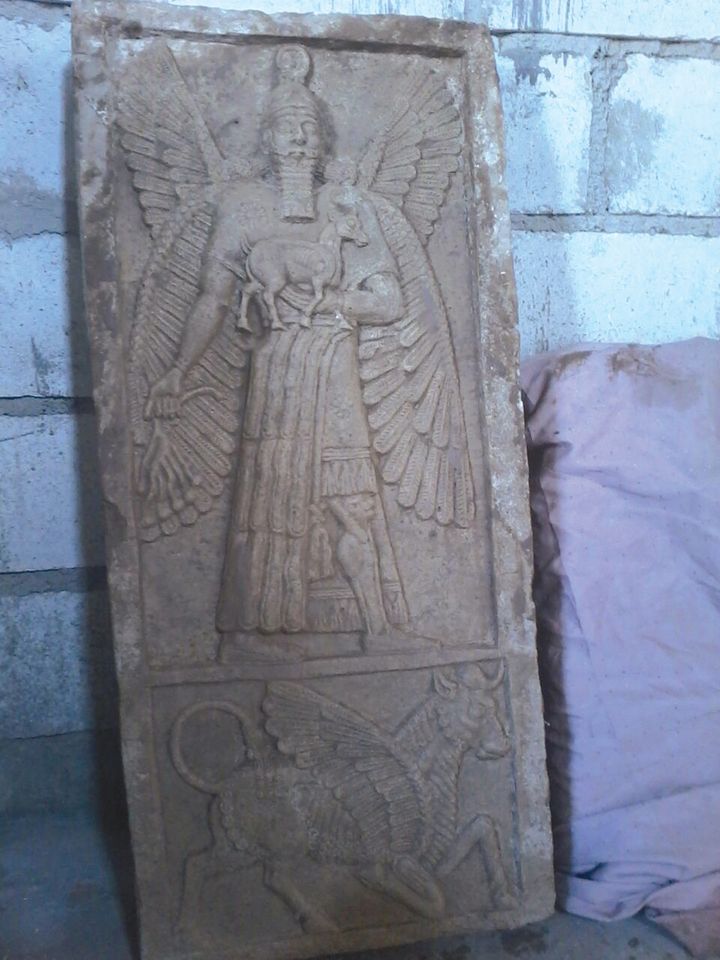 A winged genius, offered for sale by an IS official for $200,000, is a copy Association for the Protection of Syrian Archeology

Complicating matters further is the growing number of fakes appearing among genuine artefacts looted all over Syria. In an interview with The Art Newspaper in August 2016, Syria’s antiquities chief Maamoun Abdulkarim said that among the objects seized in Syria and Lebanon since 2013, the proportion of forgeries has risen from 30% to 70%, including fake coins, Bibles and Korans. Two Byzantine Bibles were reported by the WSJ as smuggled in a vegetable truck and sold to a Russian buyer in Turkey for €10,000; it is impossible to judge their authenticity from photographs.

Rogue sculptures are easier to detect. “They are mostly made in workshops in Iraq, which are now experienced,” Ali says. “The artisans use parts from antique compositions, mixing them together to imagine a new scene. The result is often strange because they confuse different periods and styles.” His network checks all artefacts with specialists before reporting them on the APSA website, and most are now rejected as forgeries.

This was the case for a winged genius, which was reported by the WSJ as being offered for sale by an IS official for $200,000, who claimed it was excavated from a site in North-east Syria. The claim looks highly doubtful: according to APSA, the feet and legs are copied from a deity in profile, from a palace in Nimrud, while the head and torso are frontal, and copied from another figure from Tell Ajajah.