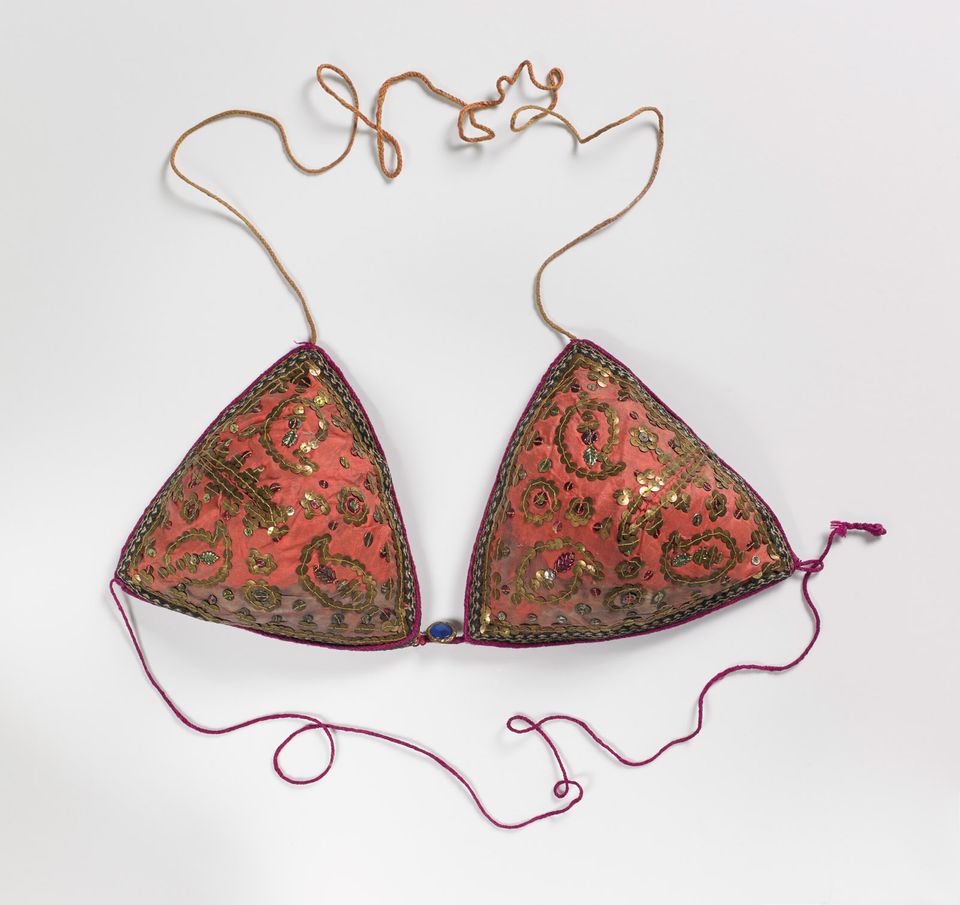 Bazaar find: the sequined top was bought in Persia in the 1890s Courtesy of the Holburne Museum, Bath

This bikini top, acquired by the “intrepid” Victorian traveller Ellen Tanner (1847-1937) during her tour of the Middle East in the 1890s, is among the more unusual objects conserved ahead of an exhibition of Tanner’s Middle Eastern art collection at the Holburne Museum in Bath, south-west England, (until 21 October). Tanner picked up the wool-and-silk embroidered garment in modern day Iran, as she made her way across the region on horseback with just two guides accompanying her. “She was perhaps only the second woman to travel to the Middle East on her own during that period,” says the show’s curator Catrin Jones. Her collection of secular objects—metal vases, sculptures, enamelled teacups, lacquered playing cards and textiles—which she bought from the bazaars of Shiraz, Isfahan and Kerman, can be seen as “what to buy in Persia in the 19th century”, Jones says.

As well as being badly misshapen from being kept flat in a drawer, the sequins on the bikini top had tarnished, and needed a good cleaning. “We didn’t want it to look as good as new—we wanted to show it had been worn,” she says. The garment would have been worn at home and “not at the bazaar”, she says. Other works treated included a forged steel peacock inlaid with fine gold and silver wire, which was so corroded that Jones did not at first know it had inlay. The collection had been on Jones’s “conservation wish list” since she joined the museum four years ago. Around £50,000 was raised through a crowdfunding campaign to cover the conservation, exhibition and publication costs. “We were able to conserve more than half of the 85-piece collection,” she says. The show is the first chance for many to see the collection. “People associate the Holburne with 18th-century portraits and [pieces representative of] Bath’s history. These objects certainly offer a more global view of the museum,” Jones says.