The paintings depict animals shipwrecked by the networks of capitalism grinding ecosystems to a nub, the artist says 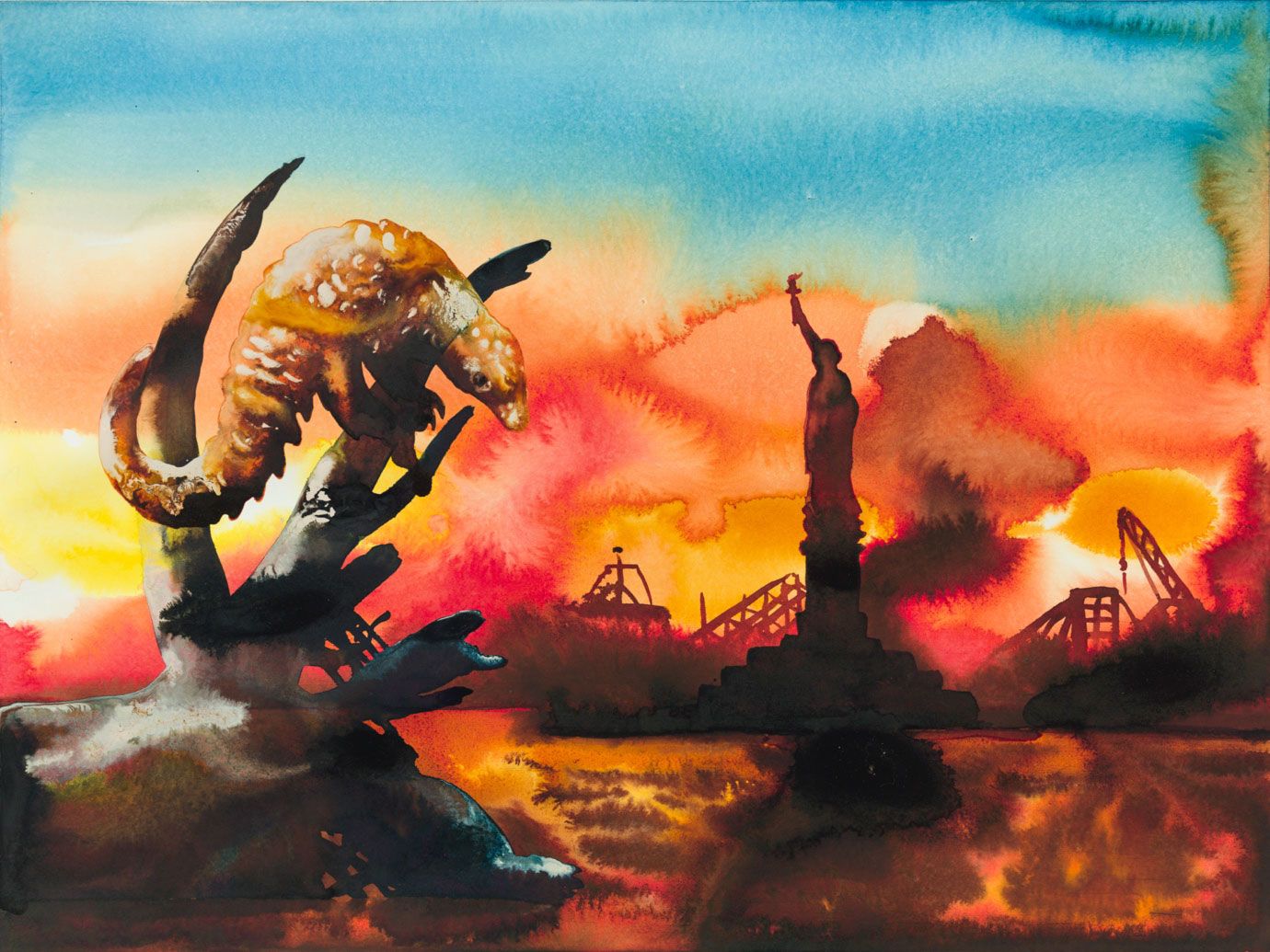 The artist Alexis Rockman has been thinking a lot about historical plagues since he moved from New York to Connecticut due to the coronavirus (Covid-19) pandemic. He sees connections not only between the current emergency and past health crises like the Bubonic Plague that swept across medieval Europe, but with ecological disasters caused by human exploitation, such as the introduction of invasive species. “It's interesting to contextualise what's happening in our lives, within the historical lens of the many times this has happened before,” Rockman says, “and there's such an interconnectedness to habitat, biodiversity crisis and habitat loss.” 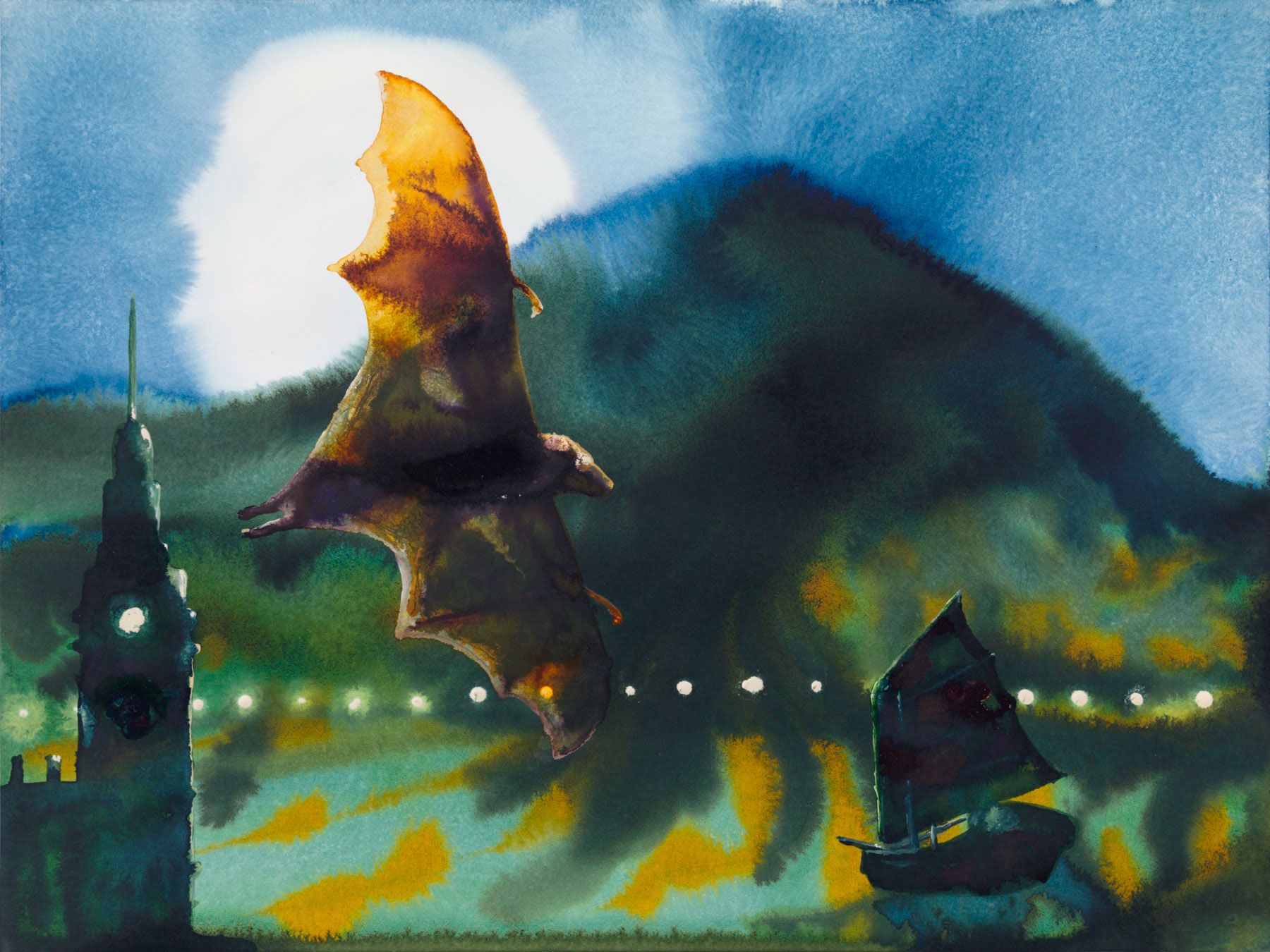 While in lockdown, Rockman has been working on a new series of watercolours depicting animals in apocalyptic scenes, under the title The Things They Carried. The paintings include images of bats and rats, two suspected carriers of devastating diseases that were passed on to humans, as well as animals displaced from their natural habitats or transported by humans for food or companionship, such monkeys, chickens, a pig and a pangolin. 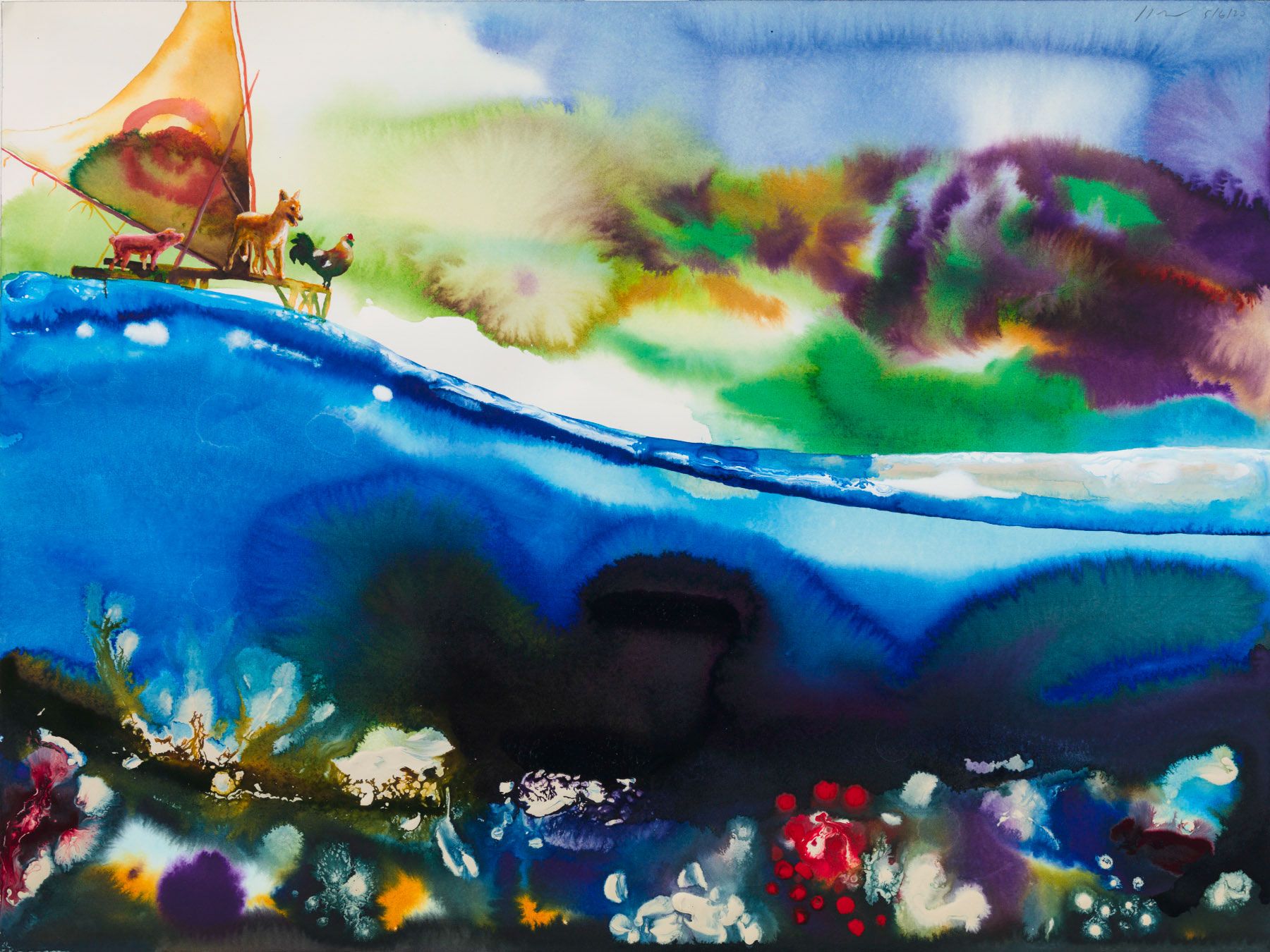 The series came out of another he was working on for a forthcoming show about shipwrecks and the history of shipping that is due to open next summer at the Guild Hall in East Hampton, New York and travel to the Peabody Essex Museum in Massachusetts. “It was one of those projects that I love doing, that's a long-term deep-dive into the history of archaeology, invasive species and all the stuff that goes along with that,” Rockman says. “And then the genre traditions are so fascinating too. There's a lot of great history paintings about shipwrecks. There’s also a lot of terrible ones that have a lot of value, if they're reconsidered in the right way.” 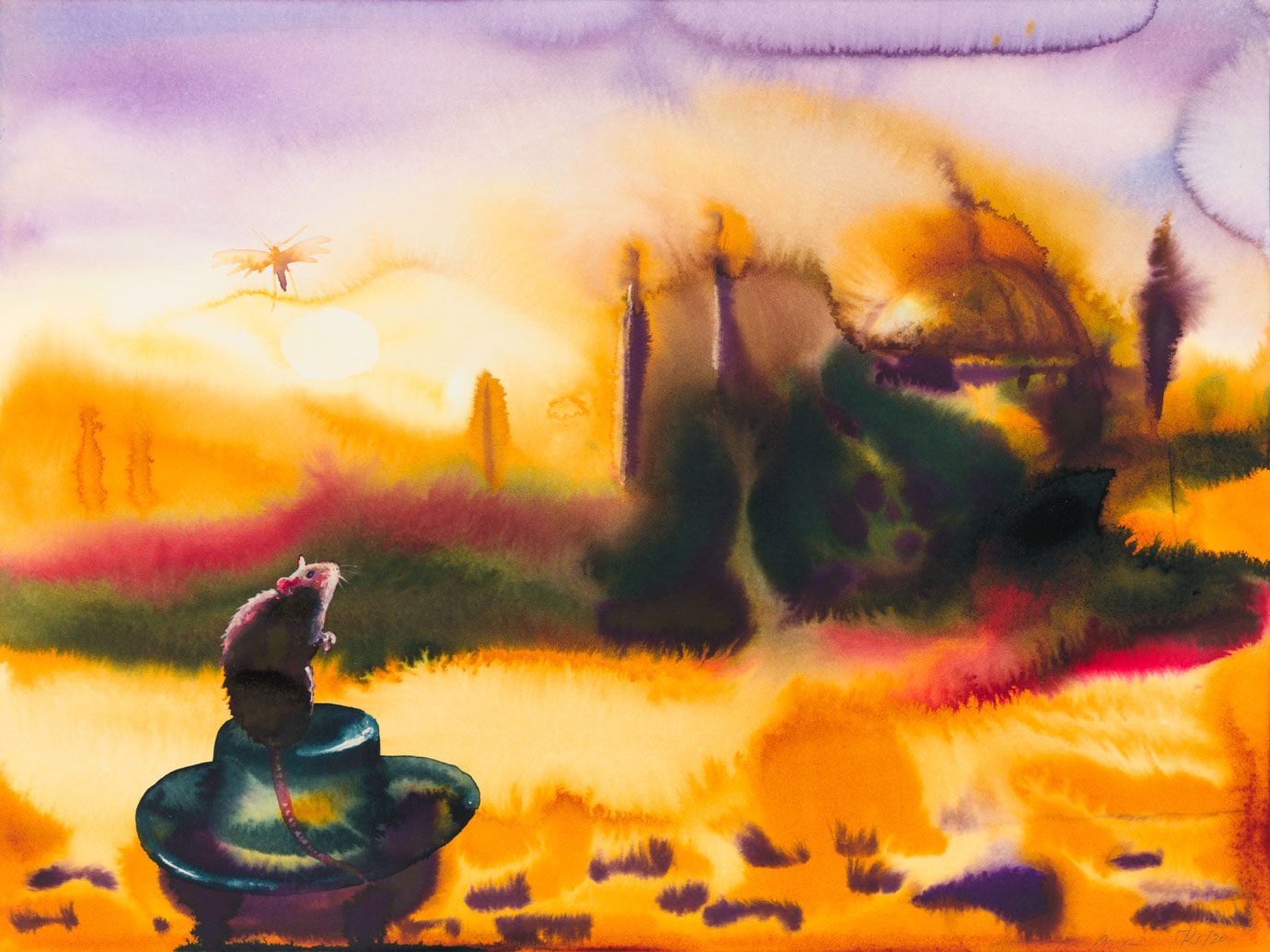 That research got Rockman thinking about animals that “have been sort of shipwrecked from their habitat by human trafficking and it's the same networks of capitalism grinding ecosystems to a nub”. And so a pangolin is shown drifting against the background of Liberty Island surrounded by the cranes used to move shipping containers, a pig, fox and chicken sail along a swelling wave towards the Hawaiian islands, and a rat floats atop a hat towards the Hagia Sophia in Istanbul. “These animals are making their way to these moments of discovery, and then they just obviously have no context, they're nowhere,” Rockman says. But the humans who brought them into these locations also brought diseases as well as continuing systemic problems that are the legacy of colonialism. “These dynamics have formed civilisation,” Rockman says. Which makes the current crisis perhaps inevitable. “It's the end of every world because it's the end of civilisation, as these things become dislodged. We have no way of dealing with it.”