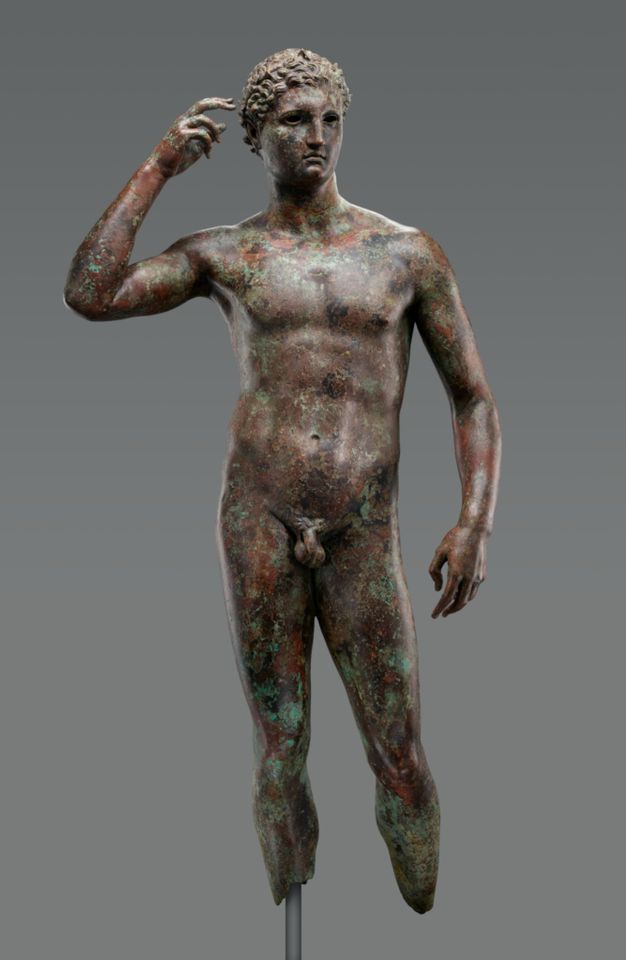 Italy’s highest court has ruled that the J. Paul Getty Museum must surrender a linchpin of its collection, the bronze Statue of a Victorious Youth, to Italy. But the Getty vowed today (4 December) to resist, saying that the statue “is not and never has been part of Italy’s cultural heritage”.

The ruling by the Court of Cassation was handed down Monday after a long battle over the ancient Greek bronze, which was found by Italian fishermen off the Adriatic coast in 1964 and purchased by the Getty in the UK for almost $4m in 1977. The court was rejecting the Getty’s appeal of a ruling in June by a lower court in Pesaro stating that the statue must be returned.

Despite earlier decisions to the contrary, the lower-court judge had ruled that the statue was found in Italian waters­—and stated that even if the waters were not Italian, the discovery was made by individuals aboard an Italian ship, using the ship’s fishing nets, which he said would represent state territory and make the statue subject to Italian cultural heritage laws.

The Getty counters that the statue was discovered in international waters, which voids Italy’s claim. “The statue is not and never has been part of Italy’s cultural heritage,” says Lisa Lapin, the vice president of communications for the J. Paul Getty Trust, in a statement. “Accidental discovery by Italian citizens does not make the statue an Italian object. Found outside the territory of any modern state, and immersed in the sea for two millennia, the bronze has only a fleeting and incidental connection with Italy.”

“We will continue to defend our legal right to the statue,” she says. “We believe any forfeiture order is contrary to American and international law.”

Asked what legal avenue the Getty could now pursue, Lapin replied by email: “We are told it will be some weeks or months before we see the written explanation from the Court of Cassation. As such, it would be premature to determine our specific next steps.”

“While this ruling does appear to conclude the legal activity in Italy, there are potentially other options within Europe and of course within the US,” she added.  “It would be too early for us to speculate which direction we would take.”

Given the Getty’s refusal to turn over the statue, “I imagine that it’s up to the Italians to pursue the case in US courts,” suggests Patty Gerstenblith, a professor at the DePaul University College of Law who specialises in museum and cultural heritage law. In that case, “they would have to file in federal court in Los Angeles.”

Since 1978, the statue has been on display at the Getty Villa in Malibu, California. Dated by the museum to 300 to 100BC, it is thought to have been removed from Greece by the Romans and to have been lost when a ship carrying it sank on its journey home. Possibly a tribute to a victory by a Greek athlete at Olympia, the life-size piece is considered a rarity.

In its statement, the Getty emphasises that any prosecutions in Italy of the individuals who sold the statue were dropped for lack of evidence. It also cites a 1960s decision by the Court of Cassation that there was no evidence that the object belonged to Italy.

In 2006, the Italian Culture Ministry launched an initiative to secure the return of the bronze. Since then, says Gerstenblith, “there seems to have been a switch. Fifty years after the original event, they’re saying that it was found in Italian waters.”

“If it’s found outside of Italian territorial waters, Italy doesn’t have a claim.”