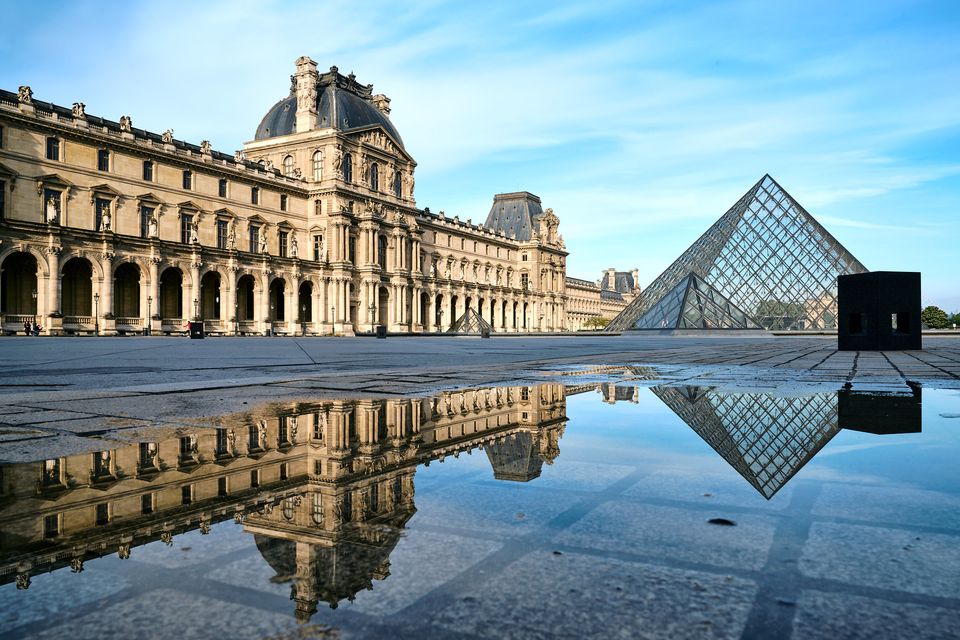 The Louvre in Paris is closed for a second day after the French government banned indoor public gatherings of more than 5,000 people Photo: Pedro Szekely

The spread of coronavirus (Covid-19) continues to cause havoc for the art world in Europe with museums and institutions forced to close. The Louvre in Paris is closed for a second day today after the French government banned indoor public gatherings of more than 5,000 people (the number of reported Covid-19 cases in France has risen to 130).

According to the France24 website, museum management and union officials are in talks about the reopening schedule. Meanwhile, some staffers were reportedly concerned about museum workers from northern Italy who had come to the museum to collect works by Leonardo da Vinci loaned for the recent major exhibition. The museum did not respond to a request for comment at the time of writing.

After announcing mass closures of institutions in the north of Italy last week, the country’s council of ministers (the cabinet) has passed a decree stating that museums and cultural institutions can reopen except in the designated Covid-19 “red zone” (the municipalities of Bertonico, Casalpusterlengo, Castelgerundo, Castiglione D'Adda, Codogno, Fombio, Maleo, San Fiorano, Somaglia, Terranova dei Passerini and Vo).

Museums and cultural institutions in the yellow zone (Lombardy, Emilia Romagna and Veneto and in the provinces of Pesaro, Urbino and Savona) can re-open under the new governmental measures on the condition that they ensure “visitors can respect a distance of at least a metre between each other”. Cinemas and theatres must stay closed however until at least 8 March while bars, restaurants and shops are also permitted to reopen.

A spokeswoman for the Galleria Civica d’Arte Moderna e Contemporanea in Turin confirmed that the gallery will reopen tomorrow while Palazzo Madama reopened today. The Castello di Rivoli contemporary art centre will reopen 3 March according to its website. All of Venice’s civic museums—including Museo Correr, the Palazzo Ducale and the Museo del Vetro—are all now open.

UPDATE: Maxence Langlois-Berthelot, managing director of the Musée du Louvre, says: "Our staff members have expressed legitimate concern about the risk posed by the number of people visiting the museum. However, the authorities, Minister of Culture and Ministry of Health have assured us that the museum can remain open as normal at this stage. All recommended procedures are being implemented; the number of visitors per room is far from 5,000—the limit past which all public gatherings in a confined space are to be cancelled. Staff representatives met museum management this morning to define the measures to be taken at stage two of the epidemic and a meeting on the subject will be held by Ministry of Culture this afternoon."