Italy hands Nazi-looted Renaissance sculpture from the Uffizi to Germany 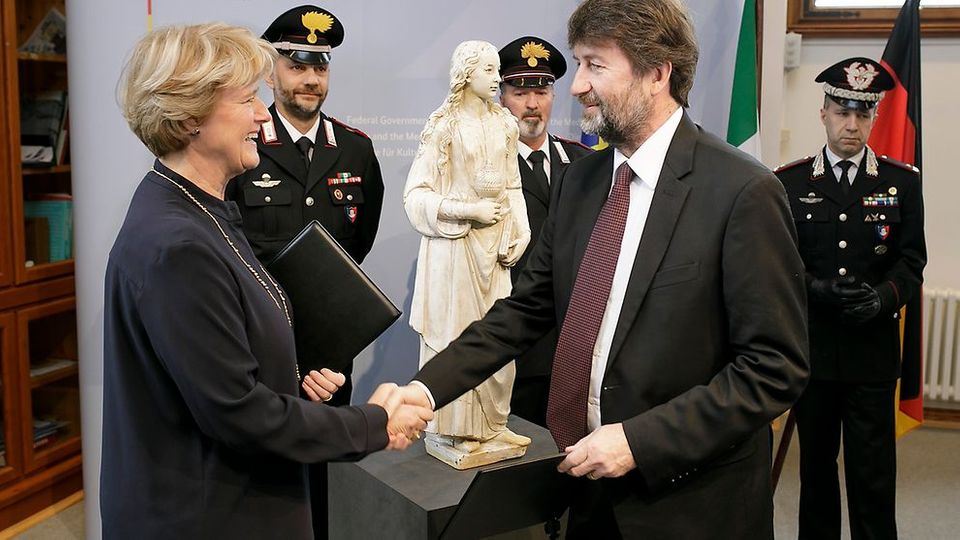 Italy has handed over to Germany a Renaissance statue that was sold under Nazi duress and acquired by Hermann Göring, the commander of the German Luftwaffe, before winding up in the Uffizi after the Second World War.

Italian Culture Minister Dario Franceschini transferred the sculpture of Mary Magdalene by Andrea della Robbia to his German counterpart Monika Grütters at a February 21 ceremony at Berlin’s Martin Gropius Bau so that it can be returned to the heir of the original owner.

Grütters described the handover as “a good example for international cooperation” in restituting Nazi-looted art. “We have to strengthen this cooperation—we owe it to the victims of the Nazis,” she said.

The sculpture was in the possession of the Munich art dealership A.S. Drey, whose Jewish owner was forced to close his company and auction off his art collection in 1936. It is not known who bought the sculpture then, but in 1941 Göring purchased it from an Italian count. After the Second World War, the statue ended up at the Allies’ Central Collecting Point for art in Munich. From there it was mistakenly sent to Italy in 1954.

A statement from the German government said the sculpture will be restituted to the rightful heirs as soon as “open questions about the inheritance rights have been resolved.”