The politician, who also served as prime minister and Paris mayor, championed the founding of the Musée du Quai Branly 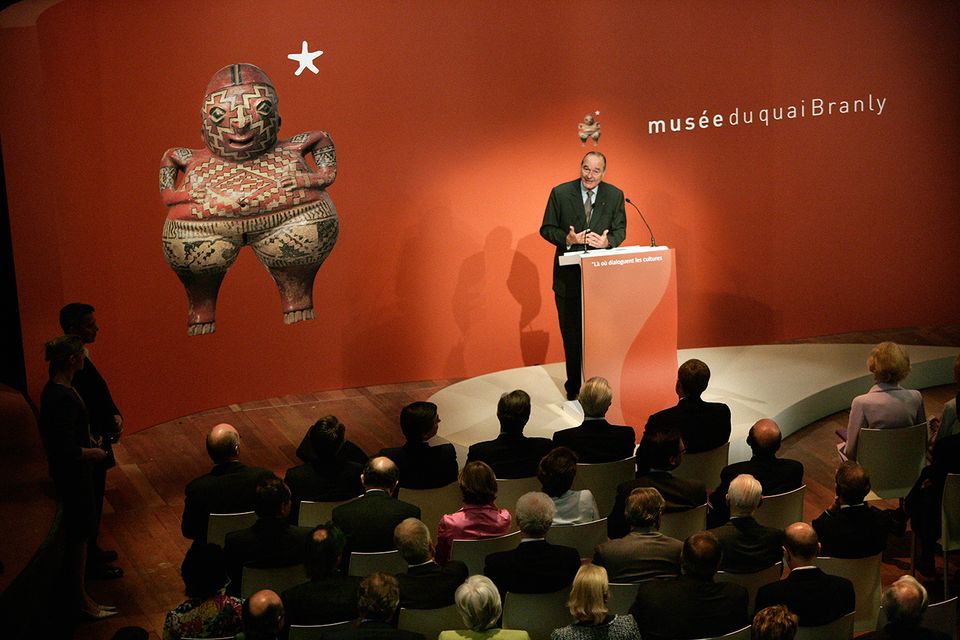 "President Jacques Chirac died this morning surrounded by his family, peacefully," Agence France-Presse quoted his son-in-law as saying of the statesman, who served two consecutive presidential terms from 1995 to 2007. Chirac is also remembered for his opposition to the US-led invasion of Iraq in 2003, his advocacy of the European Union and for being convicted, after leaving the presidency, of corruption that took place when he was mayor of Paris from 1977 to 1995.

Chirac also championed world cultures, suggesting that recognition of different ways of life would lead to dialogue and tolerance. In 2000 he opened the Pavillon des Sessions at the Musée du Louvre, where 104 sculptural masterpieces from across the world are exhibited. Then in 2006 he inaugurated the Musée du Quai Branly, a Jean Nouvel-designed museum that showcases historical artworks, artefacts and objects from Africa, Asia, Oceania and the Americas. Chirac’s name was affixed to that of the museum by government decree in 2016.

Stéphane Martin, president of the Musée du Quai Branly–Jacques Chirac, said in a statement: “Throughout his political career, Jacques Chirac, modest man that he was, never boasted of his tastes in culture in order to cast a favourable light on his character. For all that, and while cultivating a form of anti-conformism in this domain compared to his era, President Chirac proved to be a learned connoisseur of the non-Western arts and civilisations.”

The planning for the museum dates back to 1998. The original collection of 370,000 objects, 700,000 iconographical pieces and more than 200,000 reference works from the 16th century to the present day came from the Musée de l'Homme and the Musée National des Arts d'Afrique et d'Océanie, which closed in 2003.

At the museum's inauguration, Chirac said: “By showing that there are other ways of acting and thinking, other connections between beings, other ways of relating to the world, the Musée du Quai Branly celebrates the luxuriant, fascinating and magnificent variety of human creativity. It proclaims that no one people, no one nation, no one civilisation represents or sums up human genius.”

Born in 1932, Chirac was educated at the elite École Nationale d'Administration, a training ground for aspiring civil servants, and was briefly a member of the Communist Party before becoming a conservative politician, prime minister, mayor and president.