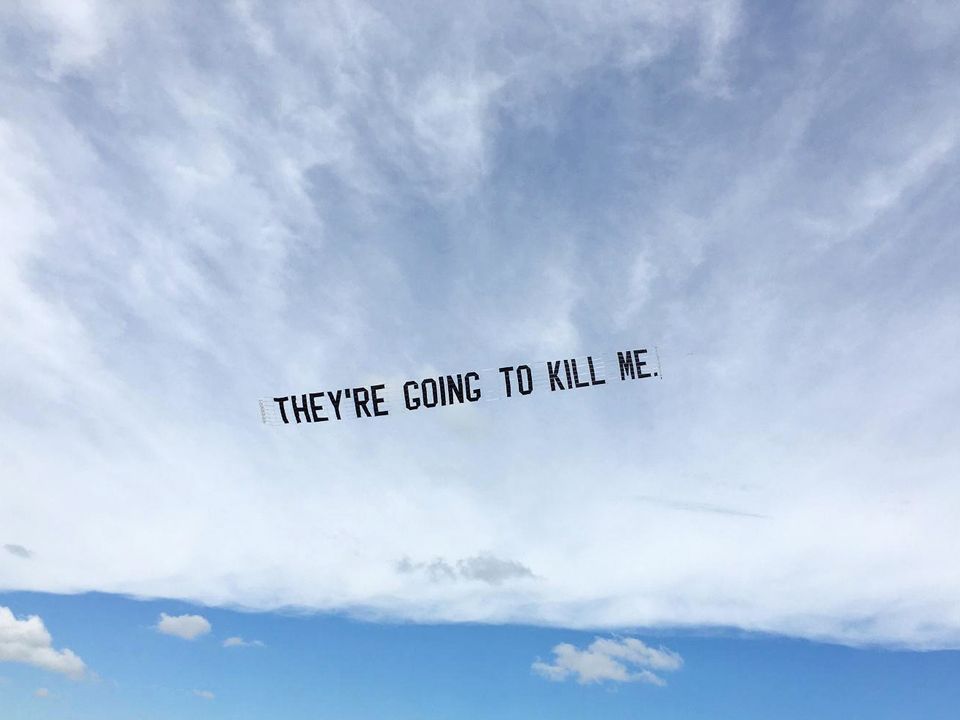 As civil unrest erupted nationwide last week due to the ongoing riots and protests in response to the murder of George Floyd and other African-Americans who have been killed by police officers, an aerial demonstration by the artist Jammie Holmes was flown across five major US cities further condemning systemic racism and police brutality.

Airplanes carrying separate banners bearing some of Floyd’s last words captured on video as he pleaded for his life while the police officer Derek Chauvin suffocated him for more than eight minutes were flown across New York, Dallas, Los Angeles, Miami and Detroit as police officers clashed with demonstrators on 30 May, sometimes violently and often under the watch of police helicopters.

The Dallas-based artist's presentation was “an act of social conscience and protest meant to bring people together in their shared incense at the inhumane treatment of American citizens,” he says. 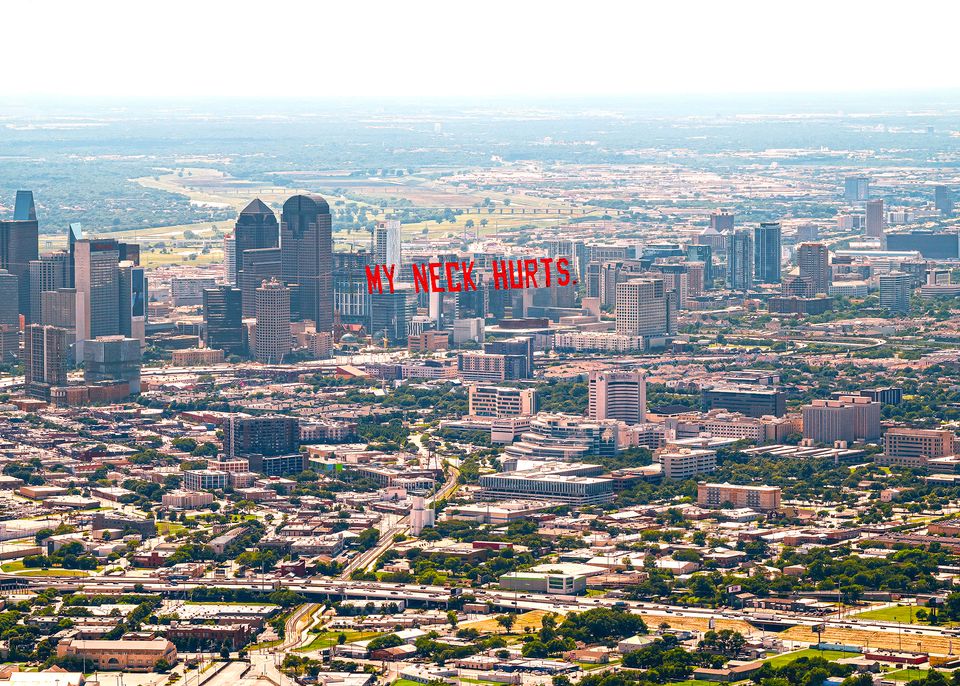 Known for his paintings depicting black communities and the social and economic consequences of America’s past, Holmes says that the “deployment of Floyd’s last words in parts of its whole across the country underlines a need for unity and the conviction that what happened to Floyd is happening all over America.”

He adds: “Like countless silenced and fearful young black men, I have been the victim of police misconduct on a number of occasions in my life. At some point, they will realise they can’t kill us all.”

Floyd was apprehended by Chauvin and several other police officers on 25 May in Minneapolis after he allegedly attempted to use a counterfeit $20 bill in a grocery store. Chauvin has been charged with third-degree murder and second-degree manslaughter and transferred to a maximum security prison in Minnesota. However, Floyd’s family members and protestors across the US are demanding that Chauvin should be charged with first-degree murder, and that the other officers complicit in the murder should be arrested. 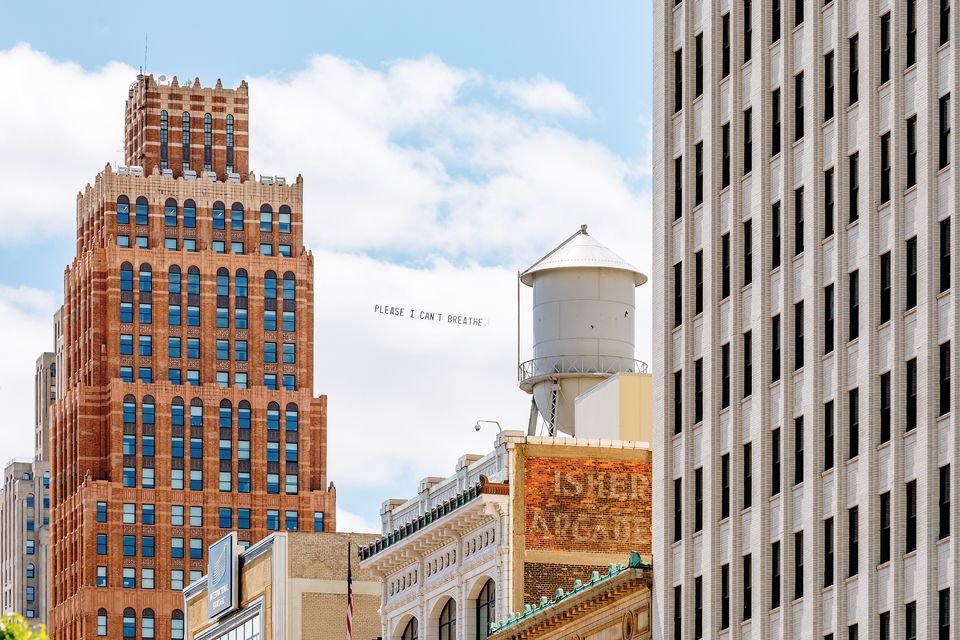 “With this demonstration, I hope that people across the US will use the outlets available to them to continue to demand change,” Holmes says.

The artist has provided a full statement on his website with links to various petitions and advocacy groups to support victims of police brutality and protestors who have been arrested over the past three days.