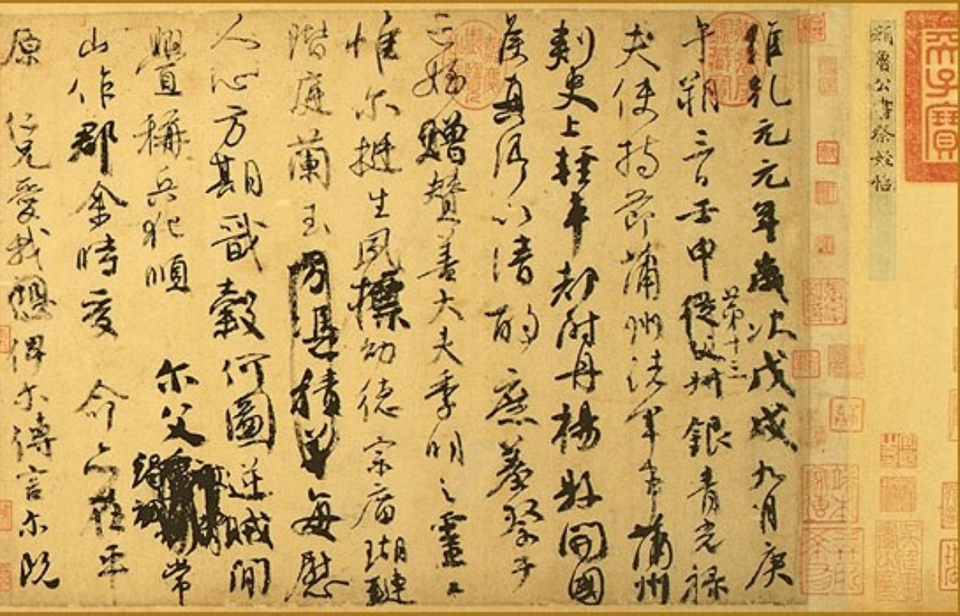 Yan Zhenqing's Requiem to My Nephew (759)

Exhibitions at the Tokyo National Museum usually rank high in The Art Newspaper’s Art’s Most Popular visitor attendance survey and this year is no exception. But the Japanese museum’s show on the famed Tang Dynasty calligrapher Yan Zhenqing (709-785) was not without controversy.

Caught in the crossfire of rising political tensions between China and Taiwan was the loan of a Chinese masterpiece by the National Palace Museum (NPM) in Taipei to the Japanese museum for its 2019 on the Chinese artist. Critics in China and Taiwan objected to the loan of Requiem to My Nephew (759)—a calligraphic work that is especially valued because it is a draft of a lost piece and the only extant autograph work by Chinese artist. The only other time the Taipei museum had sent the piece overseas was back in 1997 for a show on treasures from its collection at the National Gallery of Art in Washington, DC. Some questioned whether it was safe to travel and the NPM responded by issuing a statement assuring the public that its specialists had deemed Requiem to be “stable and suitable for overseas exhibitions”.

Others on the Chinese social media platform Weibo called for the piece to be repatriated to China. Requiem was among the cache of Chinese artefacts taken from the mainland to Taiwan in the 1940s during the Chinese Civil War by Chinese nationals fleeing from communist troops. Another group cited long-felt anger following the Second Sino-Japanese War as the reason not to lend the Chinese masterpiece, according to the BBC.

Despite the controversy, the exhibition Unrivalled Calligraphy: Yan Zhenqing and His Legacy was seen by 5,778 visitors a day or nearly 199,000 overall during its five-week run, which makes it the 15th most popular show in our overall survey—two places ahead of the Metropolitan Museum of Art’s Costume Institute exhibition Camp: Notes on Fashion (5,589 daily). Unrivalled Calligraphy also comes in second Asian art top ten category.