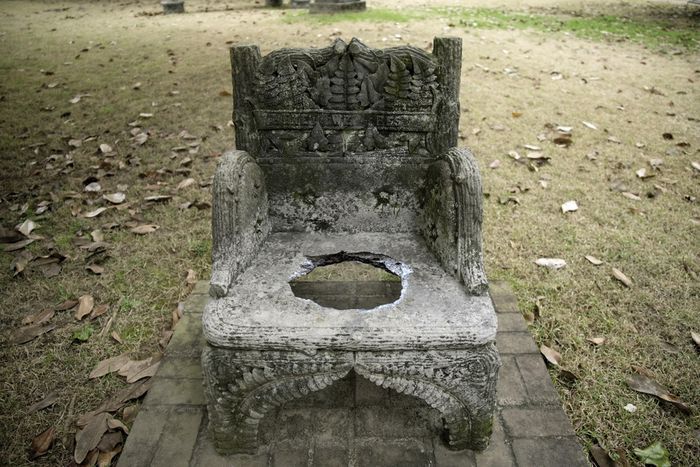 A Confederate monument valued at $500,000 and known as the Jefferson Davis Memorial Chair was stolen last month from a cemetery in Selma, Alabama—and its captors are now threatening to use it as a toilet.

The stone chair, weighing several hundred pounds, was presented in the memory of Confederate President Jefferson Davis in 1893, and installed in a part of the cemetery known as Confederate Circle, because of the number of graves and monuments to Civil War figures there. The surrounding area was purchased by the United Daughters of the Confederacy (UDC) in 2011.

The group who took the chair, who refer to themselves White Lies Matter, told the Alabama news outlet al.com they will return the monument if the UDC agree to hang a banner outside of their Virginia headquarters, with a quote from Black Liberation Army activist Assata Shakur: “The rulers of this country have always considered their property more important than our lives.” The group says they have already delivered the banner and demands it be hung this Friday, on the anniversary of the Confederacy’s surrender, and remain up for 24 hours. 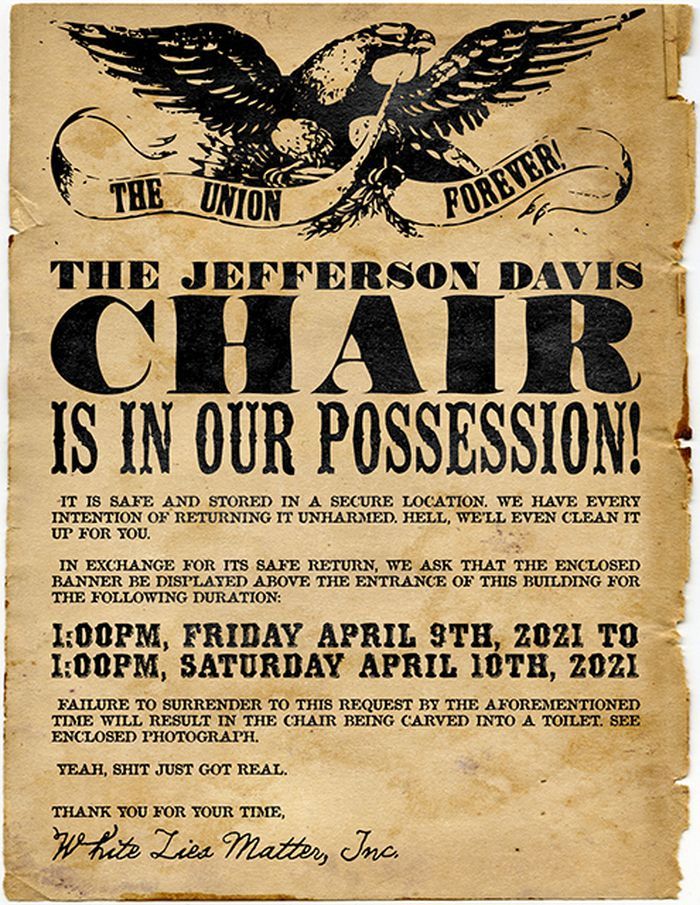 The ransom note was styled to look like a 19th-century flyer Photo: White Lies Matter

“Failure to do so will result in the monument, an ornate stone chair, immediately being turned into a toilet,” White Lies Matter says in an email shared with local media. Selma police have confirmed the theft and say that they are aware of the ransom.

In their letter, the group included an image that appears to show their members removing the chair from the cemetery, and another picture of it in their possession. The ransom note was styled to look like a 19th-century flyer, and White Lies Matter has mocked up images of what the chair would look like converted into a toilet as well as what the UDC headquarters would look like with the large Shakur banner displayed.

“We took their toy, and we don’t feel guilty about it. They never play with it anyway,” White Lies Matter say in their email. “They just want it there to remind us what they’ve done, what they are still willing to do. But the south won’t rise again. Not as the Confederacy. Because that coalition left out a large portion of its population. All that’s left of that nightmare is an obscenely heavy chair that’s a throne for a ghost whose greatest accomplishment was treason.”