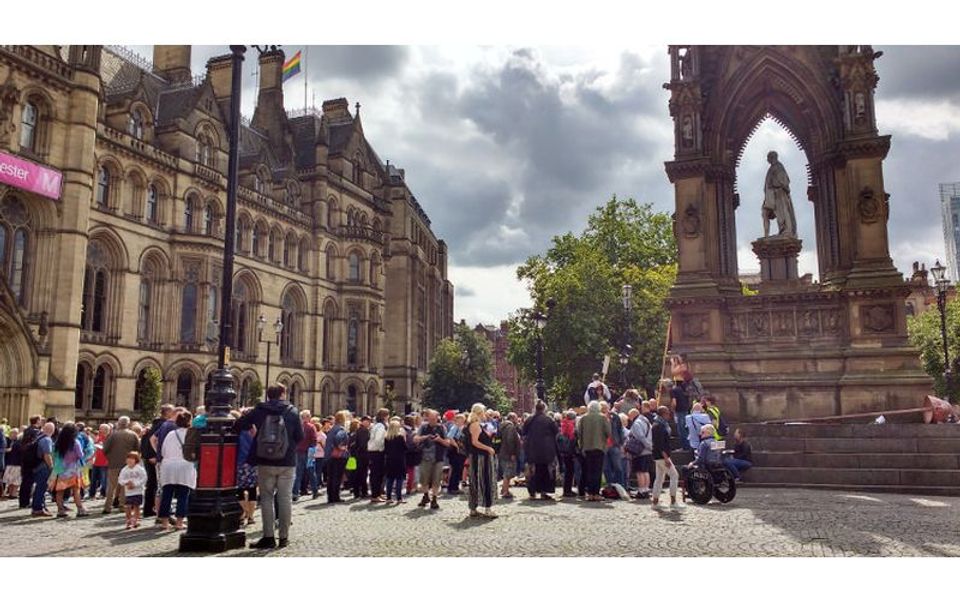 The Turner prize winner Jeremy Deller is moving ahead with his plans for a permanent memorial to the victims of the Peterloo Massacre in the heart of Manchester. The Art Newspaper understands that the artist’s designs, and the proposed location of the work marking the massacre bicentenary, will be unveiled at the end of October. His proposals will subsequently be put to a public consultation.

On 16 August 1819, cavalry charged into a crowd of around 60,000 people gathered at St Peter’s Field in Manchester who were listening to speakers debating the subject of parliamentary reform. The Manchester yeomanry, wielding sabres, attacked the crowd; fifteen people died and more than 650 were injured in the bloody aftermath. Historians say that the tragedy was a turning point in the history of democracy in the UK.

“The memorial should communicate the events of 16 August 1819 on St Peter's Field in Manchester in an easily comprehensible and unflinching way,” the statement adds. “The memorial could require some form of public interaction to make it complete at each anniversary.”

Paul Fitzgerald, the campaign founder, points out that Deller has referred to the massacre previously, drawing on the tragic event for his 2009 piece Procession. “We like the way he creates works that are interactive,” Fitzgerald says.