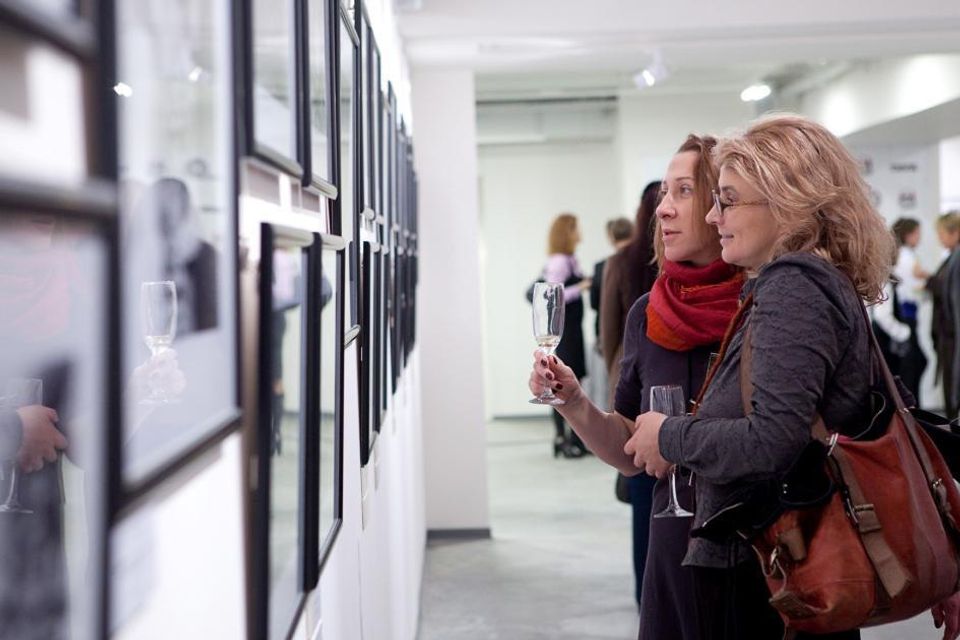 A Russian nationalist activist has vandalised Absence of Shame, an exhibition by American photographer Jock Sturges at a Moscow photography gallery for the second time in just over a year after already targeting it last year for allegedly promoting paedophilia.

Police said on 8 December that they had detained a man whose age and previous criminal record fit the profile of Alexander Petrunko, a member of SERB, an organization that began as a pro-Russia separatist group in Ukraine and now known for targeting anti-Kremlin activists and rallies. He was charged with “petty hooliganism”.

Sturges’ chronicle of nudist families was first shut down at the Lumiere Brothers Center for Photography in September 2016, two weeks after opening. Activists and conservative politicians had denounced the show for allegedly promoting paedophilia. Petrunko, dressed as a man then, splashed a yellow liquid on one of the photographs during a news conference. He was sentenced to seven days in prison for that attack. The photographer’s nude images of children and adolescents have met with controversy in the US as well and Russia’s culture wars often mimic American conflicts.

The identity of the latest attacker, who poured a smelly liquid on an image of a naked girl, was unclear at first because video of the incident showed what appeared to be a man dressed as a woman moving calmly through the gallery afterwards.

The gallery decided to reopen the exhibition on 8 December after being given a green light by investigators who rejected all of the lawsuits filed against it and found nothing criminal in Sturges’ works.

“The legal experts recognised the complete absence of signs of crime and the high artistic level of the works shown at the exhibition,” the gallery said in a statement on its site. The rebooted show includes documentation of last year’s conflict and the ensuing legal investigation.

SERB did claim responsibility for raiding a documentary film festival on 10 December to protest against the screening of a film about a Ukrainian nationalist battalion fighting pro-Russian forces in eastern Ukraine. A “smelly liquid” was also poured out there and viewers were threatened, according to Meduza, an opposition website.