So-called imperfections laid bare at the Philadelphia Museum of Art 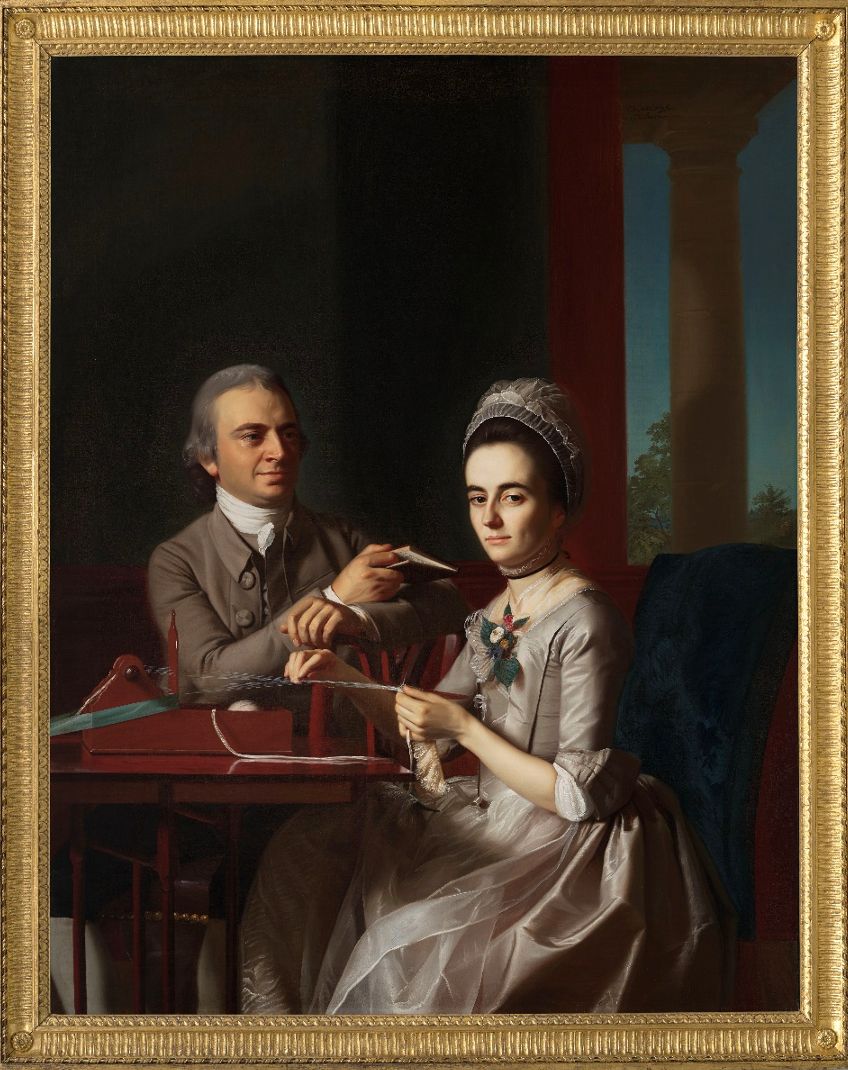 Pock marks, battle scars and strands of grey hair are not physical attributes that many would want to see in their portrait, but these features are just the sort of distinct physical markings that John Singleton Copley delighted in capturing. A recent project at the Philadelphia Museum of Art sought to restore these so-called imperfections in a double portrait by the 18th-century American artist.

Conservators had earmarked Copley’s Portrait of Mr and Mrs Thomas Mifflin (Sarah Morris) (1773) for treatment in the run-up to the opening of the museum’s new early American art galleries. Although the picture was in relatively good condition, conservators wanted to address an old repair to the canvas and remove varnish that had yellowed over time, both to improve the legibility of some of the finer details and to restore the painting’s cool tones. 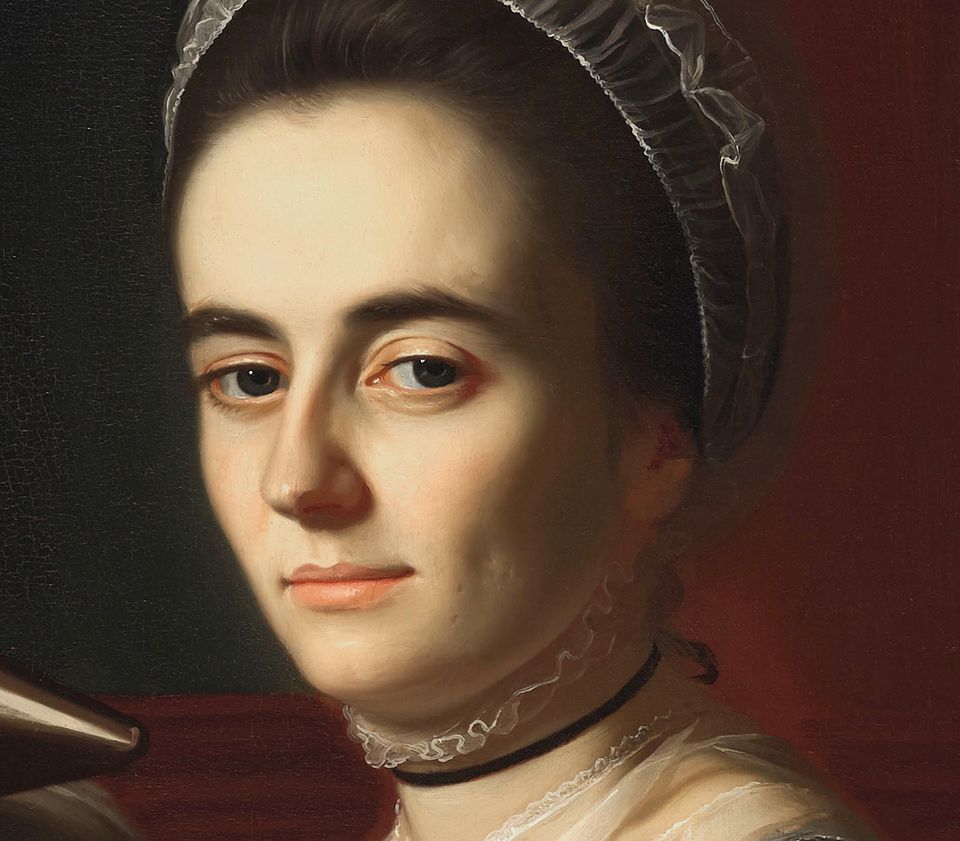 As conservator Lucia Bay removed the old varnish, more details began to emerge such as the subtle reflection of background objects in Mrs Mifflin’s dress. Copley’s desire to give his portraits an air of authenticity by capturing a sitter’s distinct features also became apparent as Bay observed “small, carefully painted scars, or pocks in [Mrs Mifflin’s] skin” and individual strands of grey in her hair and eyebrows—authentic details that Bay insists do not detract from the sitter’s overall beauty. What was thought possibly to be scar on Mr Mifflin’s cheek, which would have oddly matched one on his forehead, turned out not to be a facial blemish but a scratch in the upper paint layer.

Research into the frame, which is unusual because Copley preferred more ornate, Rococo styles, suggests that it is likely original and that its more restrained, Neo-Classical style reflected the taste of the sitters.

Overall, Bay describes the treatment as her most satisfying to date. “The gains were subtle, but taken together, [they] supported Copley’s extraordinary tactile rendering of flesh and materials,” she says.

Several works from the museum’s collection recently underwent treatment, including a pair of 19th-century portraits of the first Emperor and Empress of Mexico, Agustín and Ana María Iturbide by the artist Josephus Arias Huarte. Painting conservator Sarah Mastrangelo was surprised to discover an upside-down face lurking in the belly of a portrait of Ana María. Advanced imaging technologies revealed the face to be that of Maria Luisa of Parma, the Queen consort of Charles IV of Spain. An investigation of the companion portrait of Agustín found not one, but two faces hidden beneath the paint: one is a finished portrait of Charles IV, and the other is an unfinished portrait of an unidentified sitter “with feminine features”, Mastrangelo says. 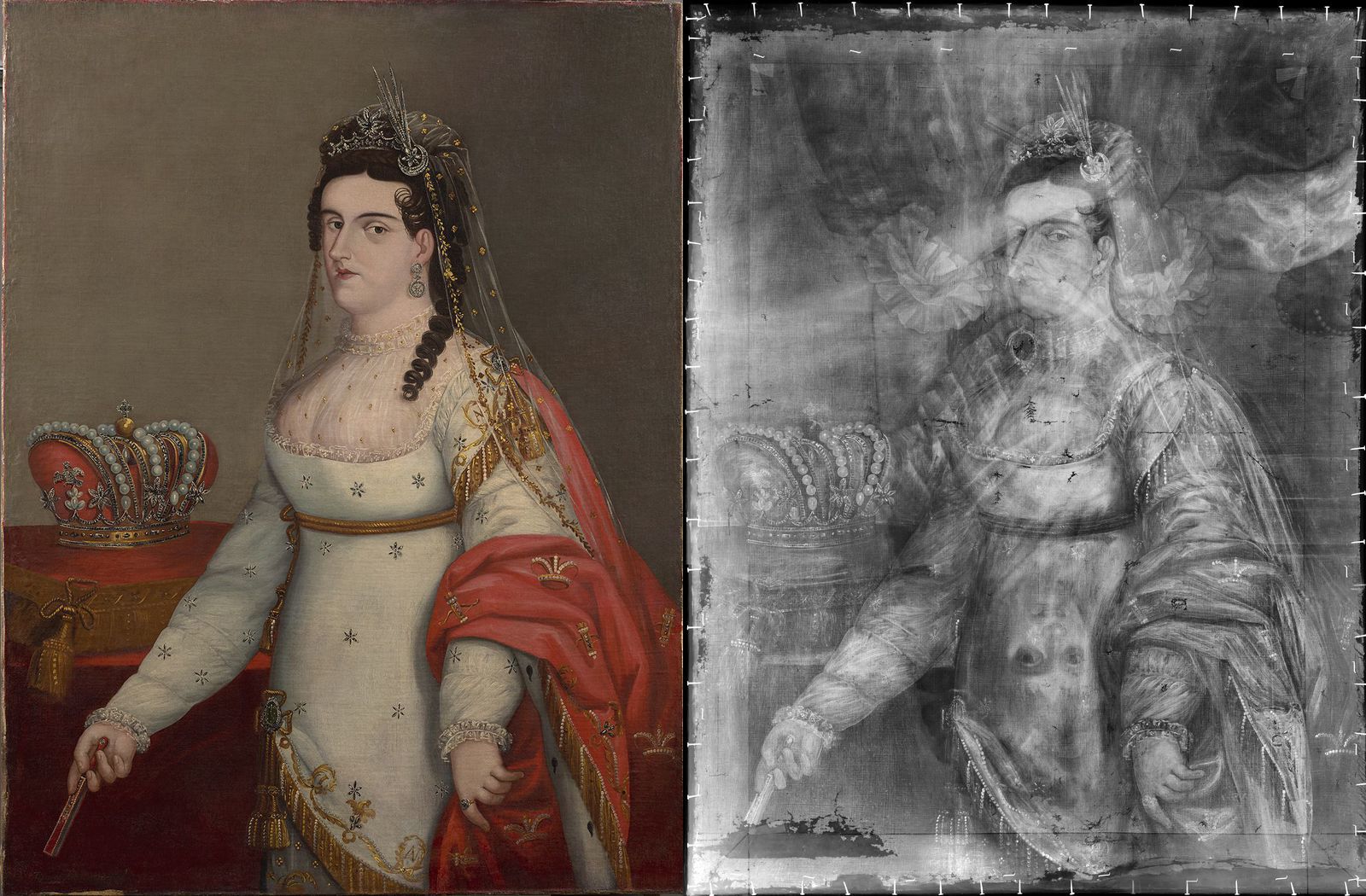 An X-ray of this portrait of Ana María Iturbide, Empress of Mexico (1822) revealed an upside-down face lurking in her belly. An artist had painted over an earlier painting of Maria Luisa of Parma, the Queen consort of Charles IV of Spain Images courtesy of the Philadelphia Museum of Art

Mastrangelo consulted curators Mark Castro and Alexandra Letvin, who believe the long-hidden portraits of the Spanish royals were made in around 1799 or 1800 and based on popular prototypes developed by court artist Francisco de Goya. It is unclear if the original compositions were made in Spain or Mexico, but the canvases were in Mexico two decades later when they were reused by Huarte to paint the Iturbides upon their coronation in Mexico City in 1822.