Having led the contemporary art institution since its founding, he will serve as a special counsel to the board of trustees 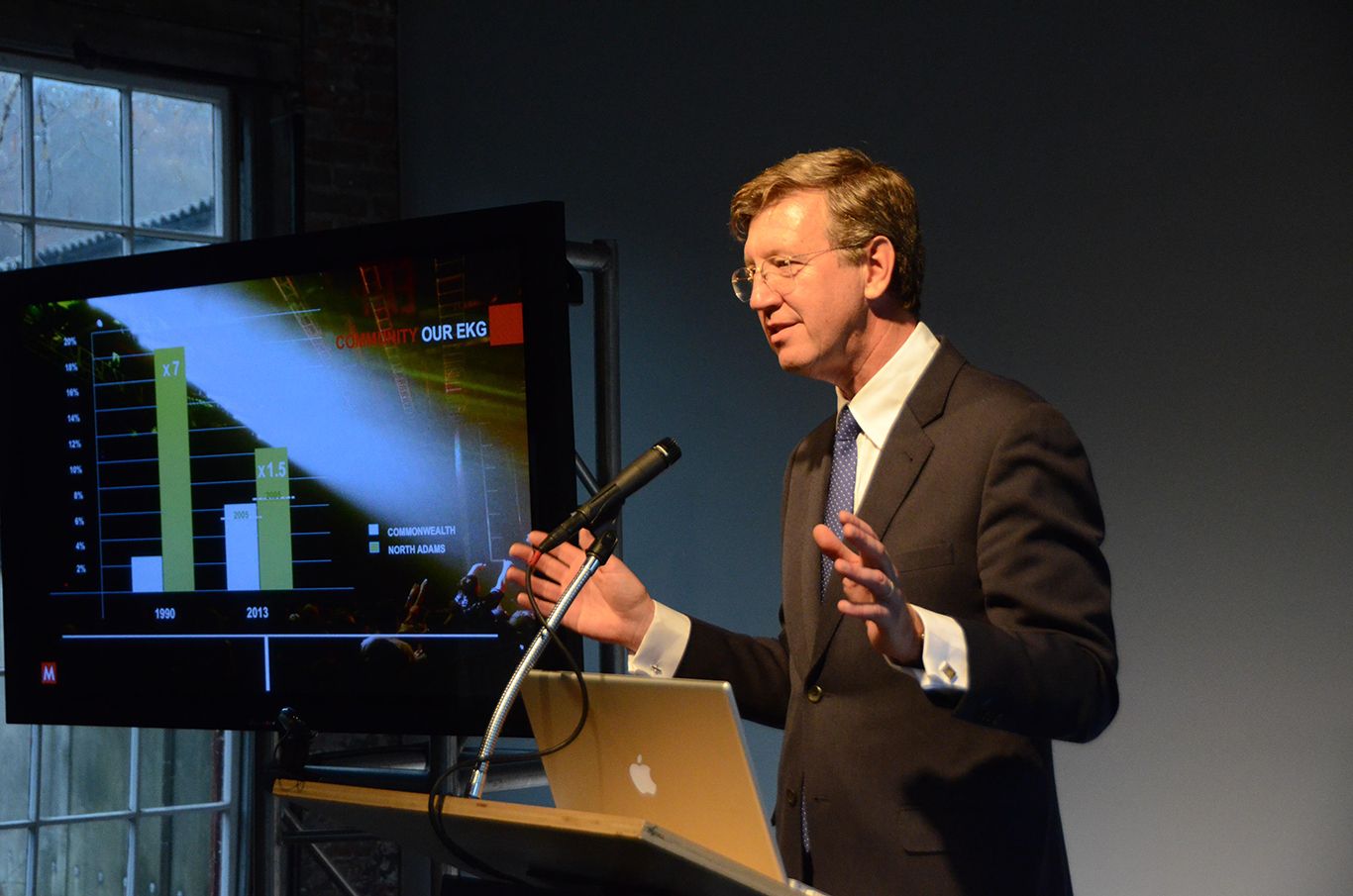 Joseph Thompson, the founding director of the Massachusetts Museum of Contemporary Art (Mass MoCA) in North Adams, is stepping down in late October after 32 years in the job, the institution has announced.

The museum says that after relinquishing the post, Thompson will spend a year as special counsel to the board of trustees, overseeing special projects and fund-raising. Tracy Moore, the museum’s deputy director and chief operating officer, will serve as interim director while the board searches for a permanent successor to Thompson.

The museum’s statement made no reference to the fact that Thompson is being prosecuted for vehicular homicide related to a 2018 collision with a motorcyclist who was killed. Thompson has pleaded not guilty.

“Mass MoCA has deeply talented staff, strong governance, a vibrant program, large audiences and a starter endowment in place,” Thompson says in a statement. “After more than three decades as director, it is high time for me to step away from day-to-day management of the museum, focusing for the next year on transition planning, institutional advancement and capacity-building. While we’ve achieved much over the past few decades, there remains programmatic innovation, still to come.”

In his first 11 years in the job starting in 1988, Thompson mustered support for opening the museum in an industrial complex of brick buildings in the Berkshire region that had been home to a major producer of printed textiles and later an electronics company. He and his colleagues reimagined the site as a platform for changing exhibitions, large-scale temporary artists’ commissions and artists’ residencies as well as a performing arts program encompassing new music, dance, theater and film.

Like other museums across the US, Mass MoCA was hard hit by the coronavirus pandemic. Income evaporated after it closed in mid-March, and the institution laid off 122 of its 165 employees in April. On 11 July it reopened, with Thompson reporting then that 75% to 80% of its former employees were back on the job. The museum is now seeking ways to bring in more revenue: around 70% of Mass Moca’s annual revenue comes from earned income generated through ticket sales, and the bulk of that revolves around live events and musical performances that have largely remained on hiatus.

“We are grateful for everything Joe has done to build and invigorate Mass MoCA,” said Timur Galen, chair of the Mass MoCA Foundation’s board of trustees. “His dedication, innovation and leadership have made Mass MoCA a premier site for the creation and enjoyment of contemporary art, in all forms.”