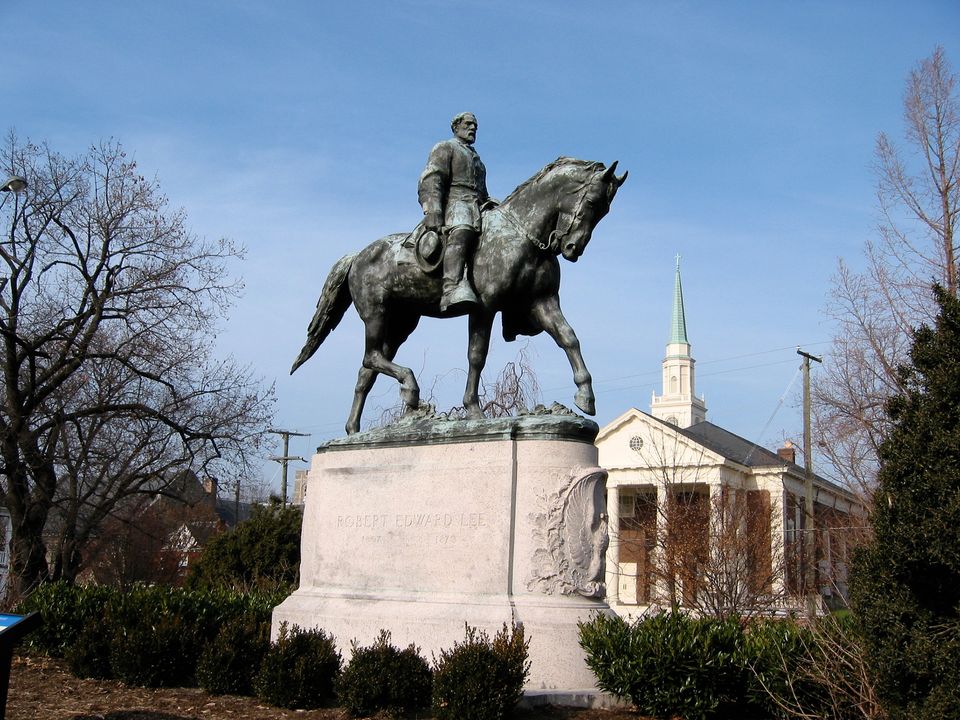 A statue of Robert E. Lee in Charlottesville, Virginia

A judge has closed one legal avenue pursued by City Council members in Charlottesville, Virginia who are facing a lawsuit as they defend their push to remove two local Confederate statues.

The Circuit judge, Richard E. Moore, ruled that the statues, depicting the Confederate generals Robert E. Lee and Thomas J. “Stonewall” Jackson, are war memorials and are thus covered by a state law prohibiting such memorials’ removal by local governments. The decision comes nearly two years after a deadly white supremacist rally in Charlottesville that was organised to protest a plan to move one of the statues and left one counterprotester dead.

The judge’s ruling was handed down on 25 April as a partial summary judgment in a lawsuit against the city and City Council members, who have voted to remove both statues. Lawyers for the city argued that the statues were not war memorials but monuments to white supremacy and the so-called “lost cause”, which holds that the cause of the Confederacy was a just one and a struggle to protect a way of life.

Judge Moore was unswayed. “There is certainly much disputed about their effect and purpose, why they were put there, their impact on people, the justification or rationale for them, and the intent of the benefactor and of the city itself,” he wrote of the statues. “But there is no real factual dispute as to what they are.” He continued, “I do not believe that any reasonable, rational fact-finder could find that these two statues are not monuments or memorials to two Confederate generals.”

“While some people obviously see Lee and Jackson as symbols of white supremacy, others see them as brilliant military tacticians,” he added.

The lawsuit continues and lawyers for the city can still pursue other legal strategies, such as arguing that the state law is unconstitutional because it violates the Fourteenth Amendment’s equal protection clause. A jury trial is scheduled for September.