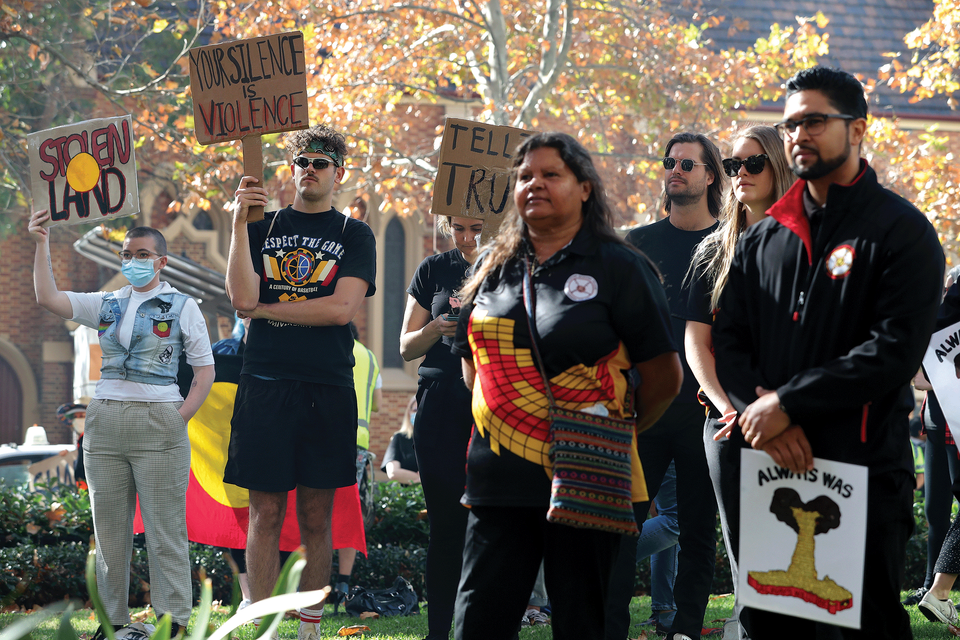 Protesters rallied at the headquarters of Rio Tinto in Perth after the mining company legally exploded two 46,000-year-old rock shelters at Juukan Gorge in the Pilbara region

In 2015, Western Australia’s indigenous Puutu Kunti Kurrama and Pinikura (PKKP) people gathered to celebrate the winning of native title rights over 10,888 sq. km of the iron-ore-rich Pilbara region. A short film made that day shows the pride of the traditional owners in reclaiming their birthright.

But five years later, the PKKP are traumatised by the 24 May destruction of two rock shelters on their homelands at Juukan Gorge on the Hamersley Plateau. The 46,000-year-old rock shelters were blown up by the mining giant Rio Tinto as it prepared to extend its 80,000 sq. km Brockman 4 iron ore mine.

The tragedy has brought Western Australia’s heritage laws under scrutiny, particularly the fact that Rio Tinto had the legal right to blast the rock shelters. In 2013 it had been granted a Section 18 authorisation under the state’s Aboriginal Heritage Act, enabling it to destroy the site for mining purposes. Section 18 approvals have no expiration date, cannot be challenged by indigenous land owners, are not affected by the subsequent discovery that sites are of special heritage significance, and cannot be revoked by the minister for aboriginal affairs, currently Ken Wyatt.

For the PKKP, the rock shelters held enormous cultural and ancestral significance. The shelters were also classified as highly significant by archaeologists, who found 7,000 artefacts there in 2014. They included a 28,000-year-old kangaroo bone pick, Australia’s oldest known bone tool, and the earliest known grinding and pounding stones in the Pilbara. These objects were removed at the time of the dig and are in storage on the Brockman mine site, according to Rio Tinto.

The rock shelters themselves, however, are gone—obliterated in the 24 May blast. “It’s a very sad site,” says Heather Builth, the PKKP people’s cultural heritage adviser. 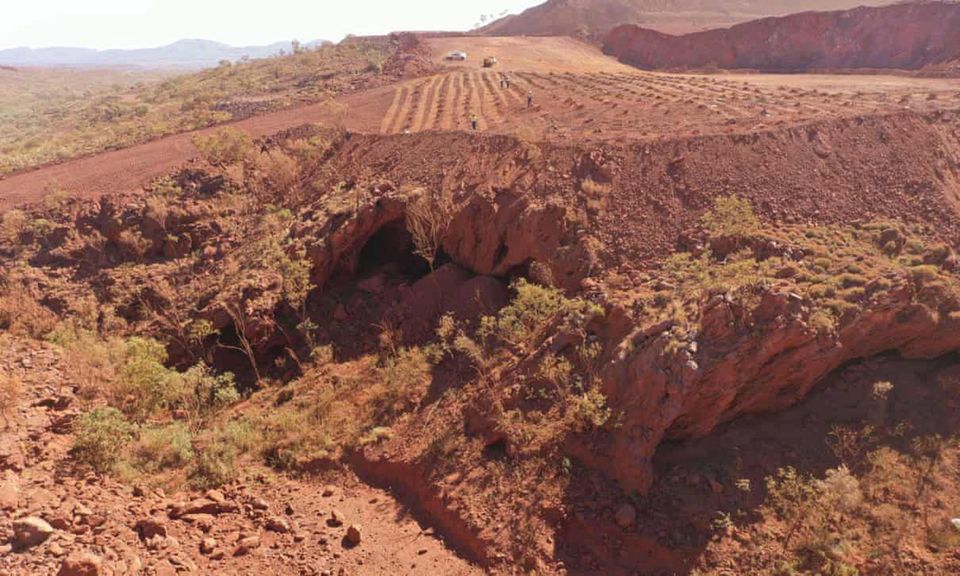 Juukan Gorge pictured on 15 May, before the blast Photo: Puutu Kunti Kurrama and Pinikura Aboriginal Corporation

The federal parliament’s joint standing committee on Northern Australia is now examining how the debacle occurred. It is known that the PKKP people first learned of the imminent destruction of the rock shelters around 10 days before it happened, when they visited the site and saw the blast holes. The PKKP approached Rio Tinto, but the company said the explosives were thickly seeded in the surrounding landscape and the only way to remove them safely was by detonation.

Some archaeologists now call the Juukan Gorge rock shelters a “sacrifice site”, seeing in their destruction an opportunity for enacting meaningful legislative change and inculcating more respect among the mining companies for traditional owners. (Rio Tinto has apologised to the PKKP and says it will cooperate in all inquiries.)

The mining conglomerate BHP has put on hold plans to destroy dozens of Aboriginal sites as part of the expansion of its South Flank iron ore mine. And in New South Wales, a fresh focus is being put on the Gomeroi people’s fight to halt the destruction of ancient spear marks, burial sites and ceremonial grounds at a proposed open-cut coal mine being developed by China Shenhua Energy near Gunnedah.

But millions of petroglyphs and other artefacts at significant indigenous heritage sites remain at risk of destruction under current laws, according to the Western Australia Greens Legislative Council member Robin Chapple.

The joint standing committee on Northern Australia will report back by 30 September on the destruction of the Juukan Gorge rock shelters, with particular reference to how the Aboriginal Heritage Act fell short. It will examine what consultations Rio Tinto engaged in with indigenous people prior to the destruction, the loss to the PKKP people, the interaction of state indigenous heritage regulations with Commonwealth laws, and the adequacy of state and federal laws in relation to Aboriginal and Torres Strait Islander cultural heritage in each jurisdiction.

As for Western Australia’s government, it is due to release a draft of new indigenous heritage laws to replace the Aboriginal Heritage Act, which dates from 1972. University of Western Australia archaeologist Sven Ouzman says the act has been “watered down” by successive amendments and is now “largely a compliance mechanism for development”. He notes: “There’s never been a refusal of a Section 18 [application].”

The former president of the Australian Archaeological Association Fiona Hook, who has worked in the Pilbara region for 30 years, says the rest of the world has ignored the mining industry’s destruction of Aboriginal heritage until now. It took the loss of the Juukan Gorge rock shelters, she adds, to show how “broken” the current processes really are.