Artists and photographers have been posting reactions on social media to Joe Biden’s victory in the US Presidential election on Saturday—and Donald Trump’s expulsion from office. We’ve picked out some of the best and most inspiring works.

Kick ‘m to the curb.

The US artist Kara Walker’s interpretation of Donald Trump’s defeat—a silhouette in her trademark style of an African American woman kicking the former President into the air—has attracted more than 42,000 likes on Instagram (Anne Pasternak, the director of the Brooklyn Museum, says: “I❤ you”). Walker says in the caption: “Kick ‘m to the curb.” Several followers have requested that Walker produces a print edition of the piece; the artist has not yet responded.

FINALLY!!!!bringing back HOPE !!! 👊🏿👊🏾👊🏽👊🏼 I made this works on paper of @kamalaharris for upcoming charity @togeth_her @monnaiedeparis all proceeds will go to @studiomuseum

The Brooklyn-based artist Jules de Balincourt has made this work on paper depicting Kamala Harris, the first woman of colour elected US Vice President. The piece will be sold in an auction organised by the charity Togeth’her in Paris next spring; all proceeds from the sale at Artcurial go towards the Studio Museum in Harlem, New York. De Balincourt writes on Instagram: “Finally! Bringing back Hope!” An earlier work by De Balincourt shows Trump being kicked by a mule, with the words: “Bye Don Harris.”

The photographer Rania Matar captured the residents of Boston celebrating Biden and Harris’s election win, taking this poetic image of a woman aloft a traffic light. “You found the perfect woman to photograph,” says a follower on Instagram. Matar, who was born and raised in the Lebanon, was awarded a Guggenheim fellowship in 2018. She has “dedicated her work to exploring issues of personal and collective identity, through photographs of female adolescence and womanhood, both in the United States where she lives and the Middle East where she is from,” according to her website. 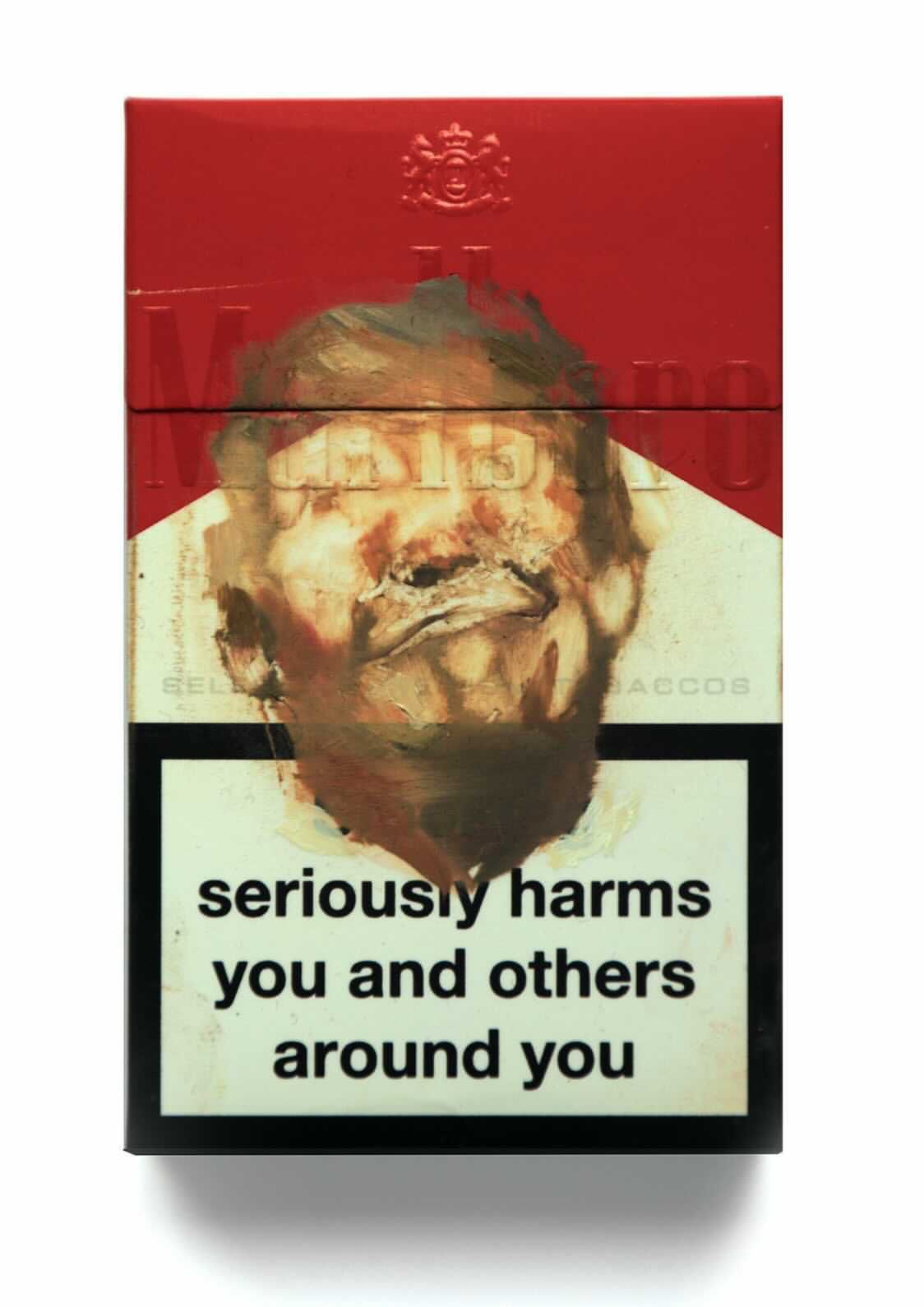 The UK artist Antony Micallef has been charting Trump’s turbulent presidency over the past four years (his image Trump Fags sold to a Chinese collector for more than £3,200). Micallef tells The Art Newspaper: “I think politics has changed for good. Trump might have been voted out but it’s been demonstrated we are now in the age of post truth… Biden will have to deal with an ever frustrated economy and Covid-19 will pepper his presidency causing economic turmoil while widening fault lines in the poorest of communities.” Pearl Lam Galleries will show a new series of works by Micallef, Constructing Auras, at the Hong Kong Spotlight by Art Basel fair (27-30 November).

monument to the dispossessed

And finally, one of the most cryptic reactions comes from the former Talking Heads frontman David Byrne who has posted on Instagram a picture of a set of possessions painted in lurid bronze ready to be wheeled away on a clapped-out chair. Byrne has captioned the piece Monument to the dispossessed, prompting his followers to speculate that this is “Trump’s stuff being pushed out of the White House”. Perhaps the piece also refers to the dashed hopes of Trump’s 70 million supporters—who knows?