Phoebe Saatchi Yates has collaborated with her husband and father to launch 10,000 sq ft Mayfair gallery focused on “unknown” artists 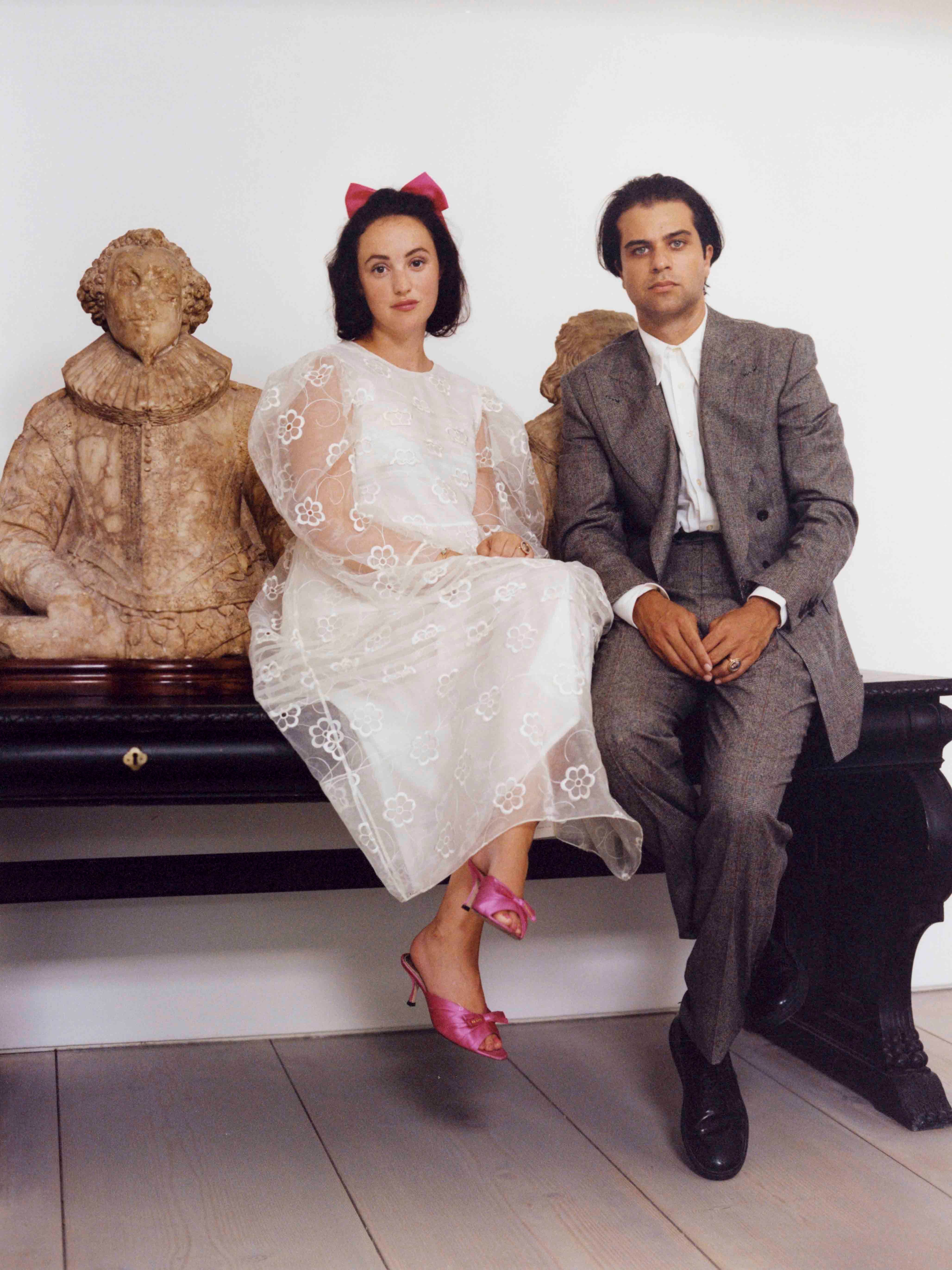 The 26-year-old daughter of the former advertising mogul and collector Charles Saatchi is taking the reins of the family business and opening a sprawling, 10,000 sq.ft gallery in the heart of Mayfair on 15 October.

With the help of her father, and undeterred by Brexit and the coronavirus pandemic, Phoebe Saatchi Yates and husband Arthur Yates have been preparing for the launch for the past three years. The couple have taken a two-storey space at 6 Cork Street (opposite Goodman Gallery in Pollen Estate's still largely empty redevelopment of gallery spaces), in what they describe as the “golden triangle between Christie’s and Sotheby’s”.

But, unlike their neighbours, their focus will be on “unknown” and “unseen” talent, rather than blue-chip post-war and contemporary masters—although the new gallery will also sell secondary market works sourced from private collections. Early consignments include works by Robert Motherwell, Anselm Kiefer and Yayoi Kusama.

The gallery will represent a “a select handful of artists”, according to Yates, and the first exhibition is dedicated to the Swiss London-based artist Pascal Sender who has created 19 paintings for the show (priced from £50,000 upwards). Sender, who studied under Peter Doig at the Düsseldorf Academy, has also created an app to experience the works virtually. “We wanted to maintain the Saatchi narrative of showing and buying artists young, but the difference is we want to stay with them for the long haul and nurture their careers,” Saatchi Yates explains. The exhibition space dedicated to new talent—6,000 sq.ft—is also remarkable. “The idea of giving them full-scale presentations was really important; young artists don’t usually get the opportunity to do shows like this,” Yates adds.

Both husband and wife have worked with Saatchi on his collection for the past few years and the new venture is “very much a collaboration” with her father, Saatchi Yates says. “My dad’s role has been to completely guide us, as he has with everything my whole life. He has helped us build the programme and he has trained us up on all the elements of what the art world has been before, so we can break all those rules.”

Saatchi’s own gallery, which exhibited and promoted works from his collection, became a non-profit organisation last year after a downturn in business and a decline in visitor numbers. The former advertising mogul has yet to officially announce he has relinquished control of the gallery, although the Swedish billionaire, Johan Eliasch, was named lead trustee and is understood to be managing the business.

As for opening a gallery during a pandemic, Saatchi Yates is undeterred. “You can’t put your life on hold,” she says. “What we’re trying to do with the gallery is start something that’s hopeful and a new way of looking at things. It’s quite nice in a way to be doing something really positive after the strangest year we ever experienced.”

Yates chimes in: “Going into what looks like such a bleak period, it feels good to just stick a finger up to that and go straight ahead.”