Like it or not, most public art is chosen by people in suits. (Think real estate executives, architects and local officials.) But a funky outdoor sculpture unveiled on 9 June in Long Island City, New York, was selected by a very different panel of judges: high school students.

For the project, more than three years in the making, the non-profit SculptureCenter invited eight local students to take a two-week course in public art. At the end, the students interviewed three shortlisted artists and chose one for SculptureCenter to commission.

In a neighbourhood that is transforming as quickly as Long Island City, the programme, called Public Process, invites visitors to “think about how public space is developed” and who gets to decide, says Mary Ceruti, SculptureCenter’s director. 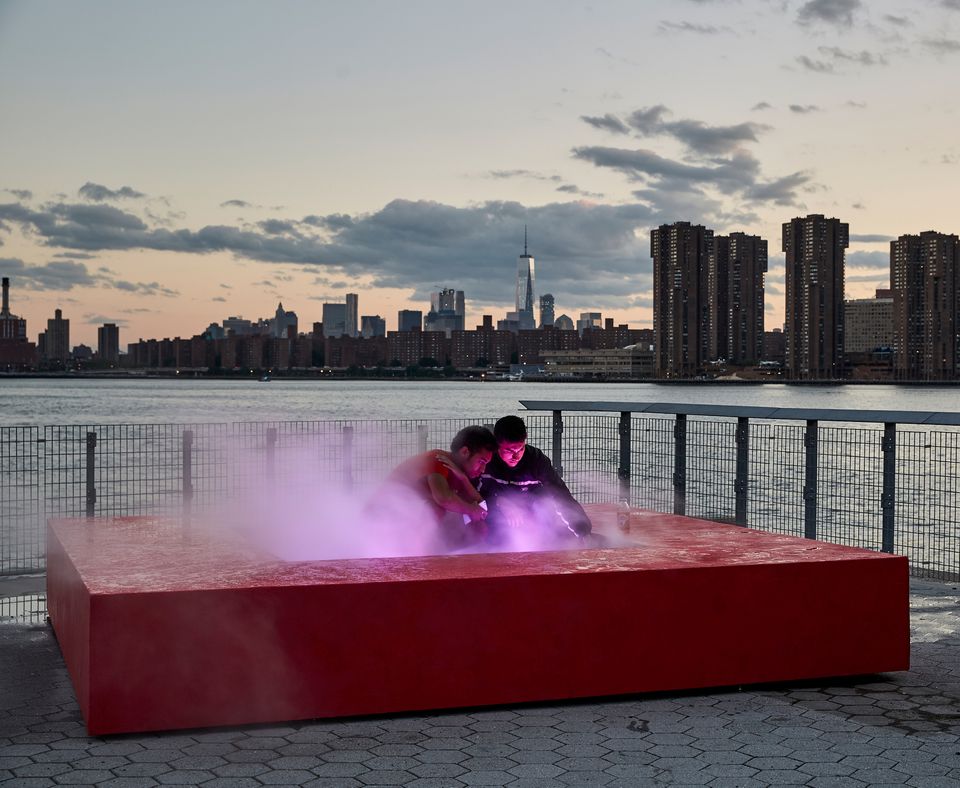 The students chose the Brooklyn-based artist Mika Tajima, whose sculpture is part public seating, part economic mood ring. Installed on the waterfront in Hunter’s Point South Park, Meridian (Gold) looks like a hot tub with plumes of coloured vapour rising out the top. The water’s hue changes from magenta to turquoise based on the fluctuating price of gold. Although the US economy is no longer directly tied to the value of the metal (the country abandoned the gold standard in the 1930s), Tajima was interested in the fact that its value still reflects our confidence in the economy.

Tajima’s project was unlikely to be realised through a more traditional commissioning process. “Public art juries are often composed of what are considered stakeholders in a site, and those conversations often end up being about maintenance, safety and who will pay to clean the work,” Ceruti says. “Those are things you must think about when you are dealing with public space and public money. But there are so many other, more interesting questions.”

A fresh crop of students is meeting next month to choose next year’s work. Public Process is funded in part by the National Endowment for the Arts.