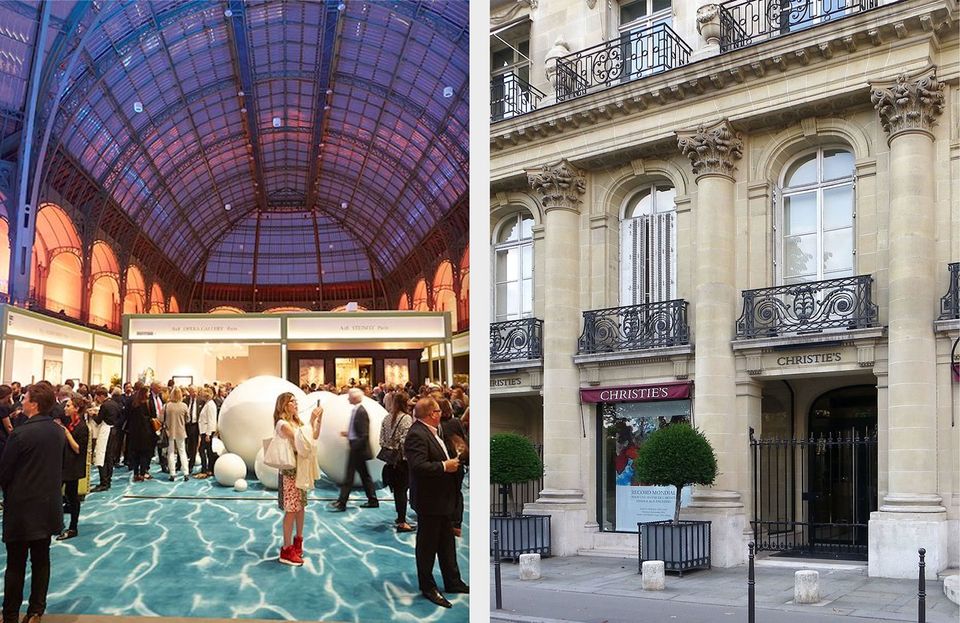 International dealers due to participate in the La Biennale Paris fair this autumn will consign works to an online sale organised by Christie’s in September, bringing together rival sectors of the art market in the wake of the coronavirus outbreak. The 32nd edition of the stalwart art and antiques fair was due to take place at the Grand Palais from 18 to 22 September but was recently cancelled; the next edition will now take place September 2021.

More than 50 galleries will now participate in the online auction (10-21 September), most of which belong to the Syndicat National des Antiquaires (SNA), the French association of antiques dealers that runs La Biennale Paris. Contemporary art, antiquities, jewellery and furniture items will be on offer; the works consigned will also be exhibited at the participating galleries.

“We operate in a global market. The pandemic has probably contributed to accelerating some reflections that needed to happen. This partnership between great antiques dealers and a leading auction house, which has a global reach and marketing capabilities, is part of a mutually beneficial reflection that benefits the market, clients and collectors alike,” says the SNA president George De Jonckheere.

The Brussels-based tribal art dealer Didier Claes is due to consign a number of works including a late 19th-century Dan mask from the Ivory Coast. “We think that it is really important for the gallery to be [part of] the Biennale, which will collaborate this year with Christie’s on the online sale; we are delighted to ‘play the game’,” says the gallery manager Johanna Dréan.

Cecile Verdier, the president of Christie’s France, tells The Art Newspaper that although buyers’ premium fees will be charged, Christie’s will donate a portion of this to the heritage organisation Mission Stéphane Bern and to the SNA. The move shows “our support and solidarity across the ecosystem”, she adds.

Asked if the move is radical, Nazy Vassegh, the founder of the Eye of the Collector art fair, says: “Dealers are incredibly important to auction houses for both supply and demand and critical to art fairs, so this is really a three-way partnership which joins two established French institutions [SNA and Christie’s] to some of the Biennale’s dealing community, with a charity angle making it part commerce, part culture which is no bad thing.”

about 12 hours ago
'The Europeans are back and buying': sales flow steadily at first Art Basel since the pandemic