Lacma has put its director’s spacious $6.57m home on the market 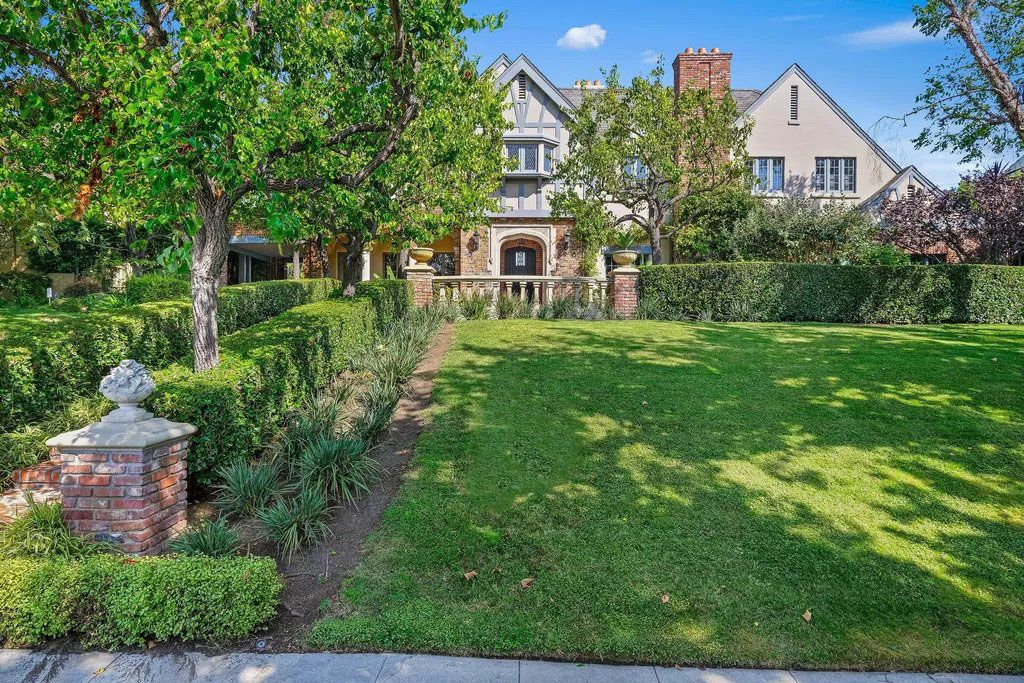 A 1926 home listed for sale at $6.57m and owned by the nonprofit that manages the Los Angeles County Museum of Art Realtor.com

The Los Angeles County Museum of Art (Lacma) seems to be capitalising on one of its real estate investments: according to the Los Angeles Times, the museum is selling the home of its director, Michael Govan. The 5,100 sq. ft house, in Los Angeles’s Hancock Park neighborhood, is owned by Museum Associates, the nonprofit organisation that operates Lacma, and is listed for $6.57 million.

Among other notable features, real estate images of the five-bedroom Tudor-style home display what appear to be an Andy Warhol camouflage print in the kitchen and a Dan Flavin fluorescent sculpture in a stairwell. The museum has provided the home for Govan since he took over as director in 2006.

“The director has decided to sell the museum-owned residence to reduce maintenance expense and free resources for other museum programs and operations,” a spokesperson for Lacma told the Los Angeles Times.

In May, the museum purchased a $2.2m Mid-Wilshire property, some 1,800 sq. ft smaller and more than $4m cheaper than the Hancock Park home, that will presumably be Govan’s next residence, the newspaper reported.

It is not unheard of for museums to provide housing for their directors—the Los Angeles Times notes, for example, that the Metropolitan Museum of Art in New York provides a Fifth Avenue residence for its president and chief executive Daniel H. Weiss, and that the Museum of Modern Art has long allotted director Glenn Lowry a condo adjacent to the museum in West 53rd Street’s Museum Tower. Still, the practice has come under scrutiny by activists who point to jarring inequity in the compensation of museum employees, many of whom are highly educated and minimally compensated.

Lacma has notably not laid off or furloughed its staff during the coronavirus pandemic, thanks in part to a $6.7m loan from the federal Paycheck Protection Program. Yet it is currently involved in a high-stakes $750m renovation project in which it is replacing several buildings with a single museum structure designed by the Swiss architect Pieter Zumthor.