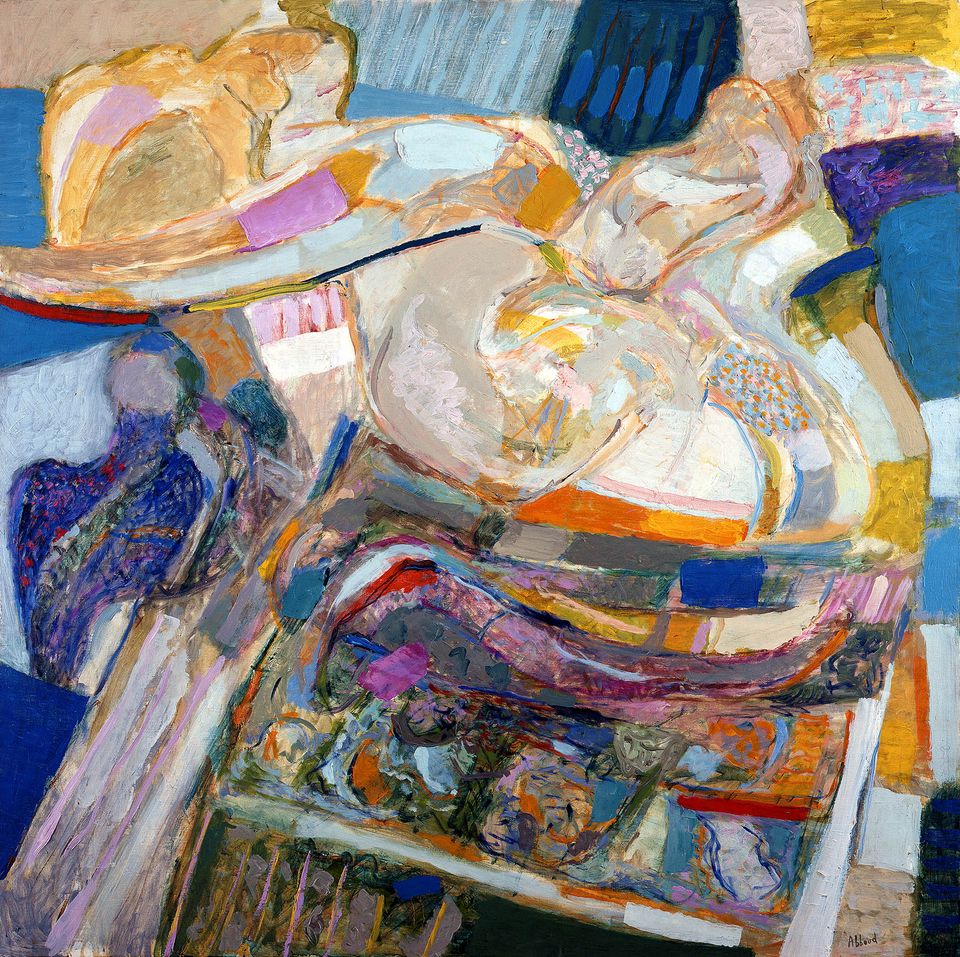 The Institut du Monde Arabe (IMA) in Paris has received one of its largest donations ever from the dealer and collector Claude Lemand and his wife France who have given almost 1,300 works to the institution by artists of Arab origin. The couple have also initiated a permanent fund in addition to the donation—called the Claude & France Lemand-IMA Fund—which will be used to secure “acquisitions, organise exhibitions, research works and publish catalogues”, says an IMA statement.

Works donated include LOVE Bleu Blanc Rouge (2014) by Zoulikha Bouabdellah, who is of Algerian descent, and L’Aube (2003) by the late Lebanese painter Shafic Abboud. A selection of works from the collection are on show at the IMA (until 10 March 2019), with the remainder to eventually go on rotating display.

The donation includes 23 works by the Syrian artist Youssef Abdelké, dating from 1991 to 2017, which “pre­sent a dra­matic and grip­ping pic­ture of Syria’s martyrdom”, the couple say; these include Nude (2015) and Figures (1993).

“It was in Egypt that we made our first acquisitions: we bought from Aïda Ayoub [gallery] in Cairo an ink drawing by Abdel Hadi El-Gazzar and a large masterpiece by the same artist, Abou Ahmed The Mighty of 1951, which is now in a private collection in Doha; we paid a total of around the equivalent of 30,000 French francs at the time,” Lemand told AB magazine. Lemand runs two galleries in Paris, setting up the business in 1988, and was one of the “first [Western] gal­lerists to embark on pro­moting major Arab artists who had set­tled in the West”, according to the gallery website. “It was challenging to start from scratch, to build relationships with the media and with publishers, to establish a solid client database and to gain the Parisian art scene's trust. My clientele was mainly French at the beginning and then European,” says Lebanon-born Lemand, a former professor of linguistics.

Securing the donation is another coup for Jack Lang, the former French culture minister and president of the IMA. In March, the first works donated to the IMA for the collection of the planned Palestinian museum of modern and contemporary art were unveiled.

“The IMA is a museum of France, signifying that anything that comes into the museum can never be deaccessioned, unlike US museums,” Lemand says. “Jack Lang has the same vision as us: we did not expect a dime from this donation but we had the guarantee that no work from our collection could ever leave the IMA museum. This comprehensive ensemble of more than 1,200 works will fuel the dynamism the IMA has been seeking for its museum over the last few years—it needs this ‘art boost’ for the years to come.”