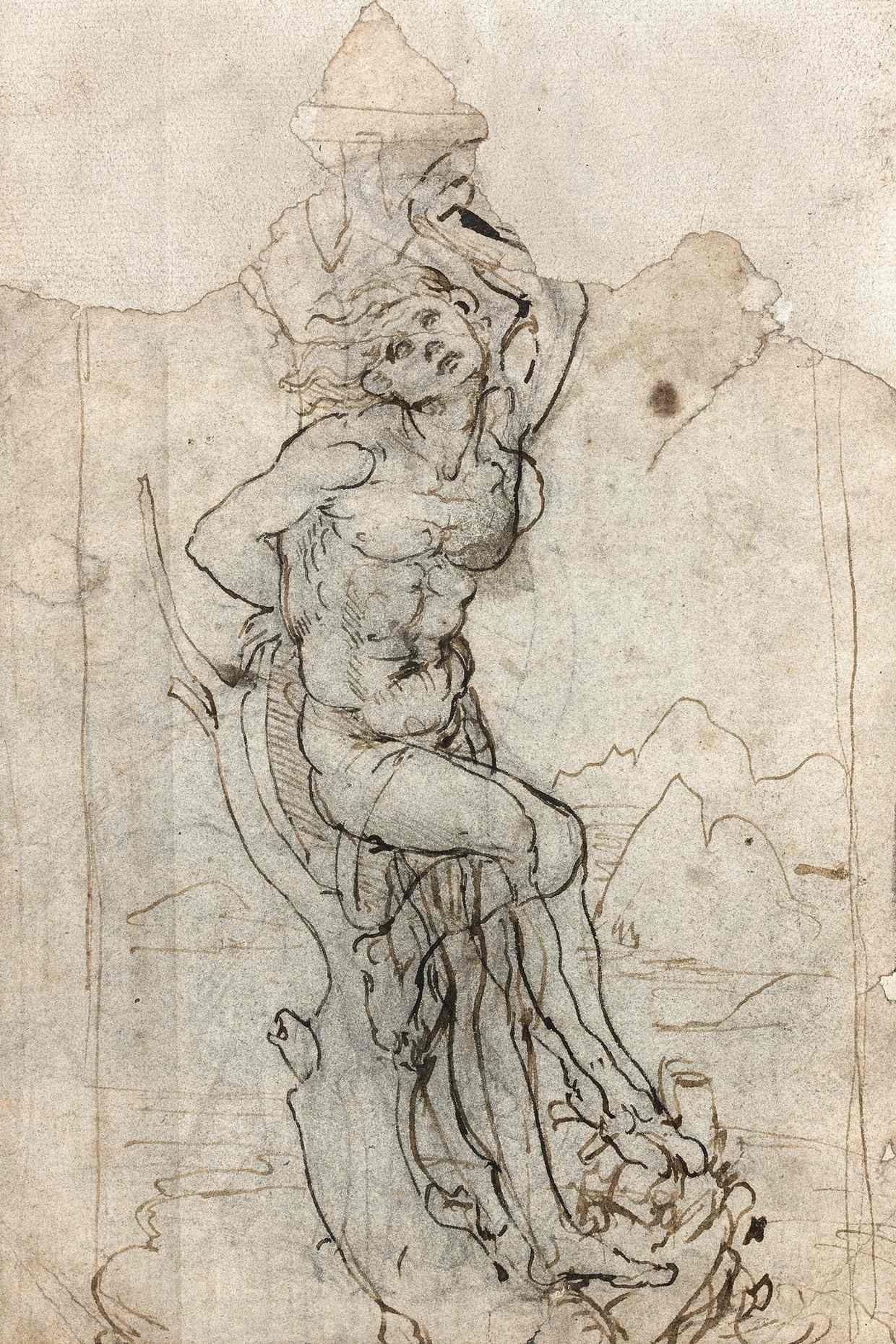 A lawsuit has been filed against France’s culture ministry by the owner of a Leonardo da Vinci drawing who has been blocked from selling it and shipping it abroad.

The small, brown ink drawing, titled Étude pour un Saint-Sébastien dans un paysage (Study for a Saint Sebastian in a landscape, around 1478-83), was initially valued in 2016 by the French auction house Tajan at between €20,000-€30,000. When several experts deemed it to be a genuine Da Vinci, the value shot up to €15m.

Shortly afterwards, it was declared a “national treasure”, a classification which forbade it from being exported and provided the culture ministry with 30 months to acquire it on behalf of the Musée du Louvre.

According to Le Figaro, Olivier Baratelli, the lawyer defending Dr Jean B., says: "A culture ministry worthy of its name would have ensured that the French state would buy such a drawing. The French state only has its own heritage and culture and is no longer even capable of preserving it. The way in which [French culture minister] Roselyne Bachelot has handled this case is catastrophic."

Baratelli has filed the lawsuit in Paris’ judicial court against Bachelot and Claire Chastanier, the deputy director of the culture ministry’s collections, to force them to issue the export certificate. A hearing was due to be held three days ago, on Monday, but was postponed. According to Le Figaro, the court’s president has asked Baratelli to justify by October 27 why he has brought the case before a civil court rather than an administrative court, as it concerns a litigation between a private individual and the French state. Other news outlets have reported that the French state has three months to provide justification for its refusal to issue an export certificate (however, this is not mentioned in Le Figaro).

Dr Jean B. has also filed a lawsuit at Paris’ criminal court against Tajan and its president Rodica Seward to which he had entrusted the painting, alleging “an attempt at extortion”, “blackmail” and “breach of trust”, according to AFP.

The lawsuit accuses Tajan of planning to auction the drawing, in agreement with the Musée du Louvre, prior to the 30-month period expiring without having consulted Dr Jean B. and of refusing to return the Da Vinci drawing.

Tajan itself is claiming €2m for the costs incurred in cancelling the auction. Basile Ader, Tajan’s lawyer, argued: “This drawing was discovered, authenticated, certified and promoted by Tajan.” It claims that Dr Jean B.’s request to recover his drawing had already been dismissed by another judge in 2020. The case will be heard in December.