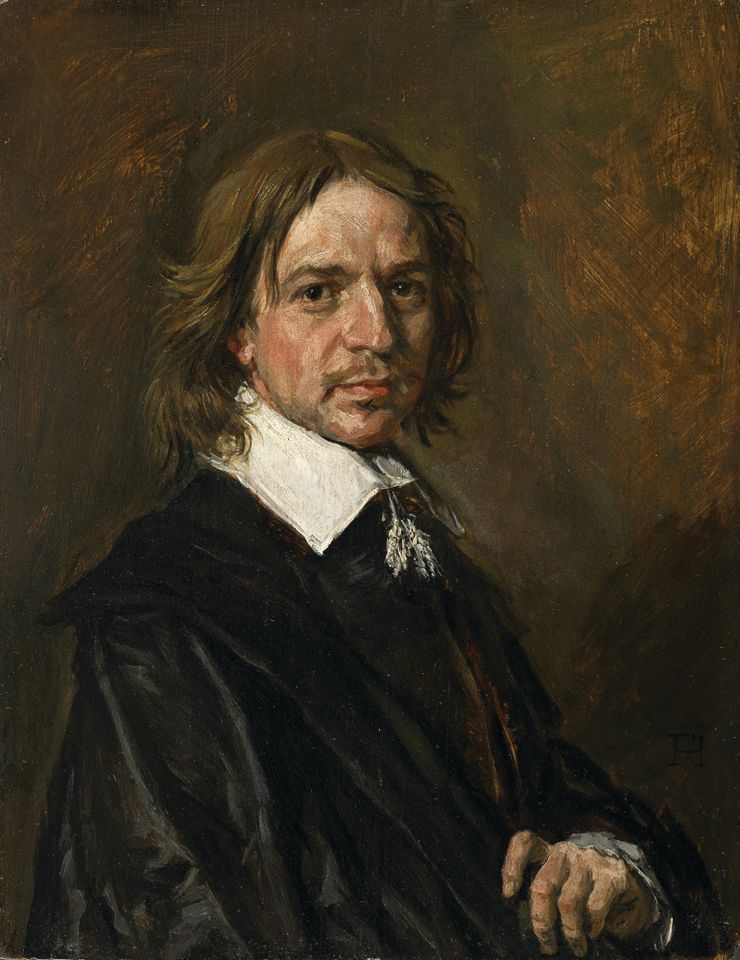 Giuliano Ruffini sold a number of Old Master paintings, including this work purportedly by Frans Hals, which sold was sold by Mark Weiss through Sotheby's in 2011

A man linked to a high-profile Old Master forgery scandal, the painter Lino Frongia, will have to wait for four months until a decision is made about his arrest and transfer to Paris, the court of appeal for Italy's Emilia region has ruled. The transfer request was made by the French judge Aude Burési who is leading the criminal investigation into the forgery case that has gripped the art market for the past four years.

On 29 October, the artist, whose real name is Pasquale Frongia, appeared in court in Bologna to challenge a warrant that led to his arrest in Emilia on 10 September. A day later, he was released under judicial supervision. The court agreed to ask for clarification from the prosecution in Paris before rendering its decision on 28 February.

Balding, thin, with a trimmed moustache and silver sideburns, Frongia, 61, was silent throughout the hearing. But his lawyer, Tatiana Minchiarelli, said there were “insufficient elements to justify a European arrest warrant”. The prosecutor drew attention to the fact that Frongia had received €740,000 through a Swiss account from Mathieu Ruffini, the son of Giuliano Ruffini who sold dozens of paintings purportedly attributed to Lucas Cranach, Frans Hals, Brueghel and other Old Masters over several decades. Last May, the French judge issued arrest warrants for both men, who live in the same region. Their warrants are also being examined by a court of appeal in Milan, which expects to hand down its decision before the end of the year.

Frongia’s lawyer insisted that her client had only been drawn into the scandal because he loaned a painting to an exhibition on El Greco in Treviso. The work was seized in May 2016 on suspicion of being a forgery. At the time Frongia received support from his friend and ex-culture minister Vittorio Sgarbi, who claimed that the work was a genuine El Greco, which Frongia purchased in Sgarbi's presence and on his advice. Despite a local court ruling that the work be returned to its owner, the French judge has kept it as evidence and for scientific examination. The lawyer also asked for the lifting of the artist’s judicial supervision. Despite objections from the prosecutor, who cited the important sums that changed hands in Switzerland, the court lifted the judicial supervision on 31 October deeming Frongia unlikely to be a flight risk.