PLUS: a mutant sculpture, time travel by tram and more from Art Basel in Hong Kong

Take a throng of top-notch artists, add a gravity-defying performance by Chinese acrobats and throw a silver anniversary in the mix—the result is Hauser & Wirth gallery’s stellar 25th birthday bash in a Hong Kong hotspot. Mark Bradford, Phyllida Barlow and Martin Creed were among the onlookers as traditional Chinese lion dancers performed an elaborate routine on poles in the street (local buses ground to a halt to watch). The biggest thrill of the night came when a lion ate a paper cabbage and spat out fake bank notes over the gallery’s co-founders, Iwan and Manuela Wirth. Iwan was unruffled, but admitted that he was worried he’d have to scale one of the poles. 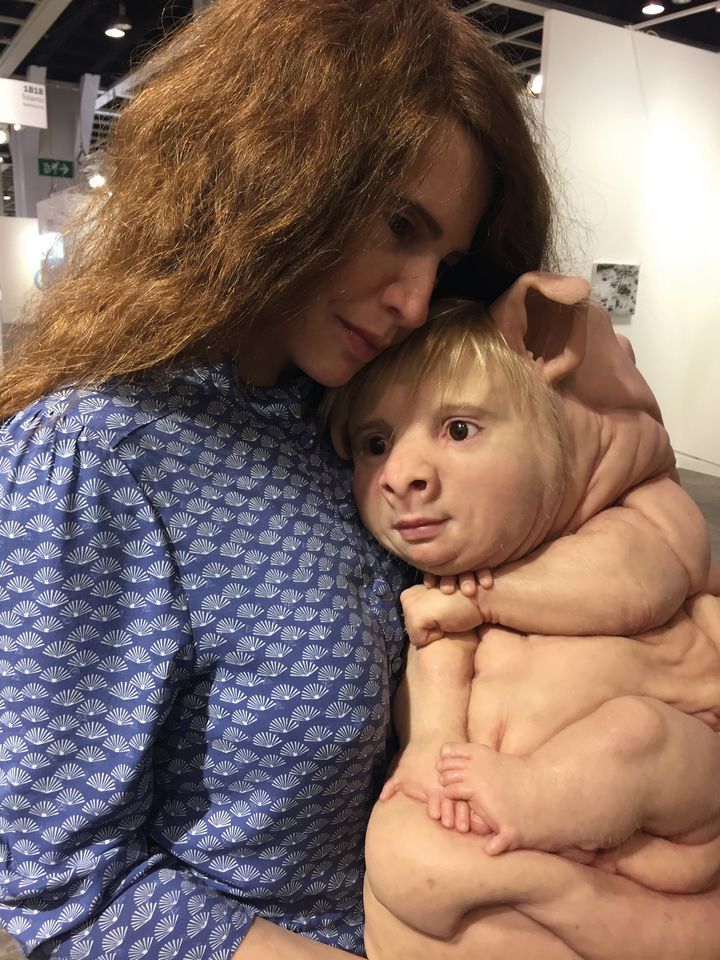 Patricia Piccinini's The Bond (2016) at Art Basel in Hong Kong

A face only a mother could loveFair visitors are revelling in, and recoiling from, the Australian artist Patricia Piccinini’s alarmingly realistic sculpture of a mother holding a mutant pig-like creature with a cherubic face and disfigured torso. The Bond (2016), at Tolarno Galleries' stand, “continues my longstanding fascination with emotional connection and empathy”, the artist says. One observer likened the piece to a 21st-century Madonna and Child, but another emitted an audible “yuck!” on seeing the blonde wisps of hair protruding from the baby behemoth’s ears and nostrils. 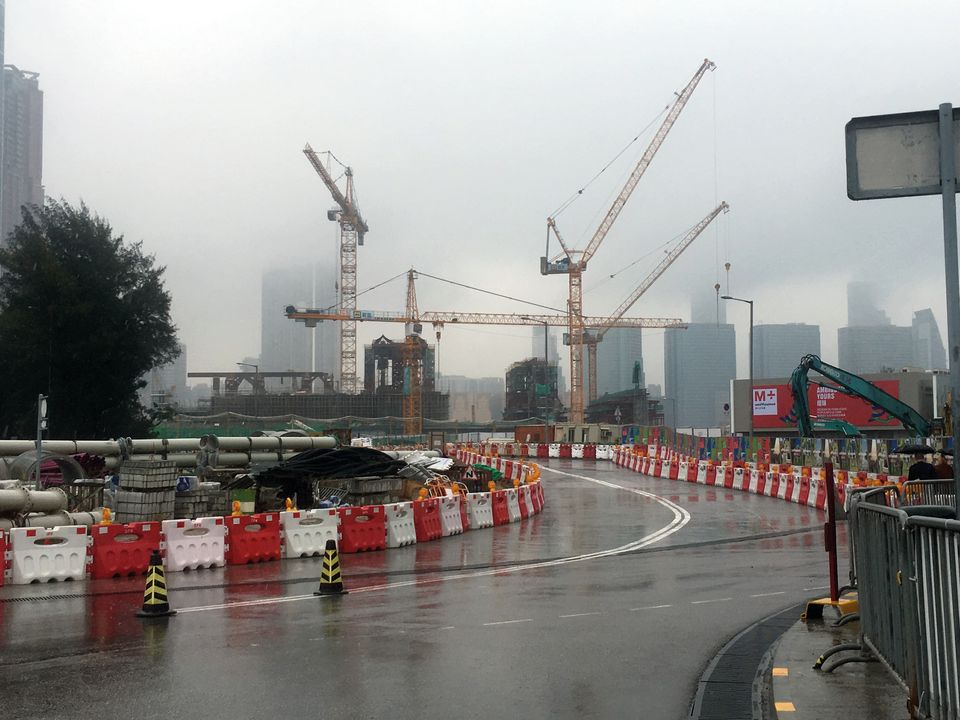 In search of the M+ pavilion. Photo: Aimee Dawson

16 easy steps to find the M+ PavilionPlanning a visit to the M+ Pavilion, run by the under-construction mega-museum in the West Kowloon Cultural District? Be warned: finding the new space can be tricky (some taxi drivers react as if they’ve been asked to go to Mars rather than M+). Helpfully, the museum website has a 16-step guide for intrepid individuals keen to see the Ambiguously Yours show (until 21 May). The guide itself is unambiguous, from step 1 (“exit from Kowloon Station, exit E4 or E5”) to step 12 (“walk along the side of the road”). 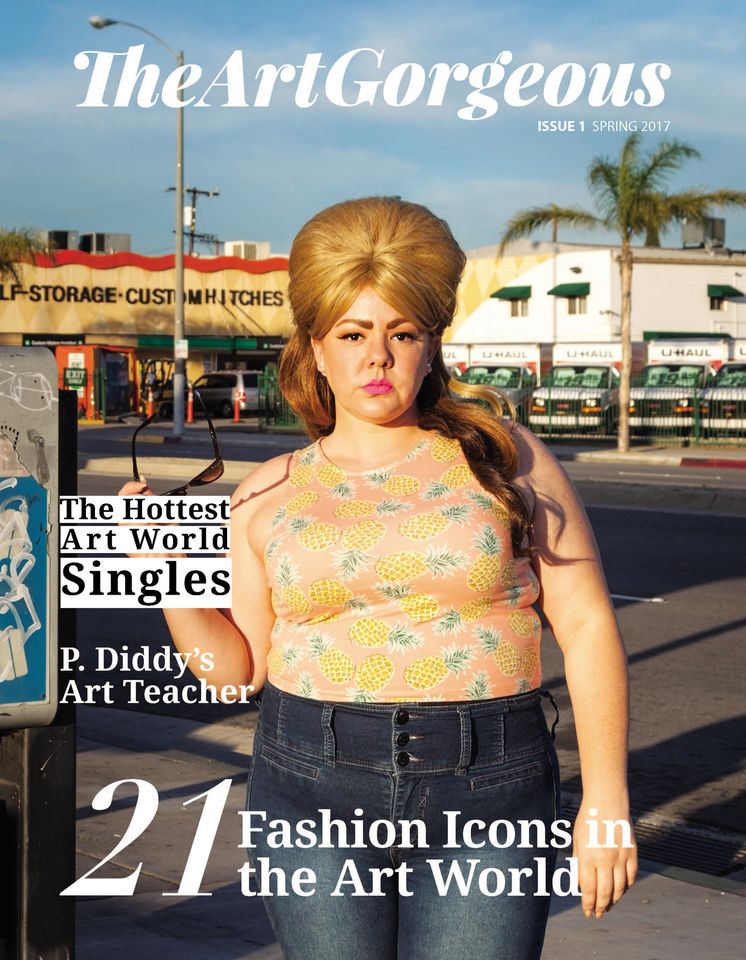 You’re beautiful, it’s true Everyone knows that the art world is full of beautiful people so it’s no surprise that a new Hong Kong-based publication called (ahem) TheArtGorgeous focuses on the “social and bright side of the art scene” rather than “tongue-breaking exhibition reviews”, the founders say. Issue one includes choice articles such as “a brief history of celebrities in the art world” and (our favourite) “the hottest art world singles”. Our spies tell us that the PR consultant Damian Chandler is amongst the hot totty to get a grilling from the glossy mag. TheArtGorgeous: “First thing you do in the morning?” Damian: “Drink water.” If any of the singles tickle your fancy, please email flirt@theartgorgeous.com 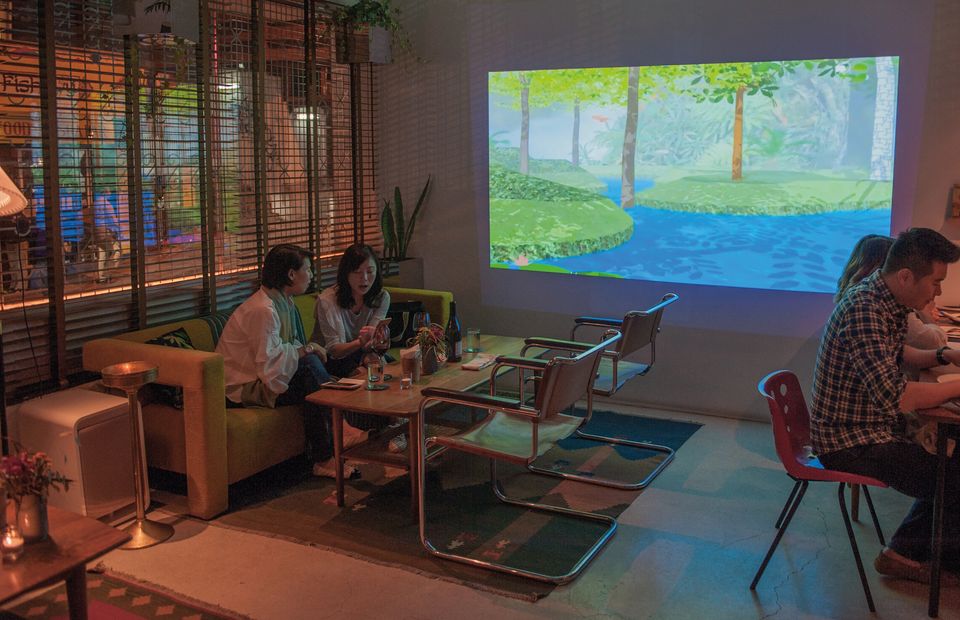 Get (ship)wrecked at the Absolut Art BarThe Portuguese, Hong Kong-based artist João Vasco Paiva is making waves with his Absolut Art Bar installed in the Potato Head eatery in Sai Ying Pun. Room Service (until 2 April) includes a video of abandoned hotels in Bali and lava rock sculptures that refer to Hindu architecture. Among the hair-raising cocktails devised by Paiva is the Paddy Button, named after the character from the novel The Blue Lagoon who survives a shipwreck but drinks himself to death. Priced at HK$128, the eye-watering concoction mixes Absolut with peat bitters and Sichuan pepper-infused maple syrup—a fiery tonic for brave landlubbers. 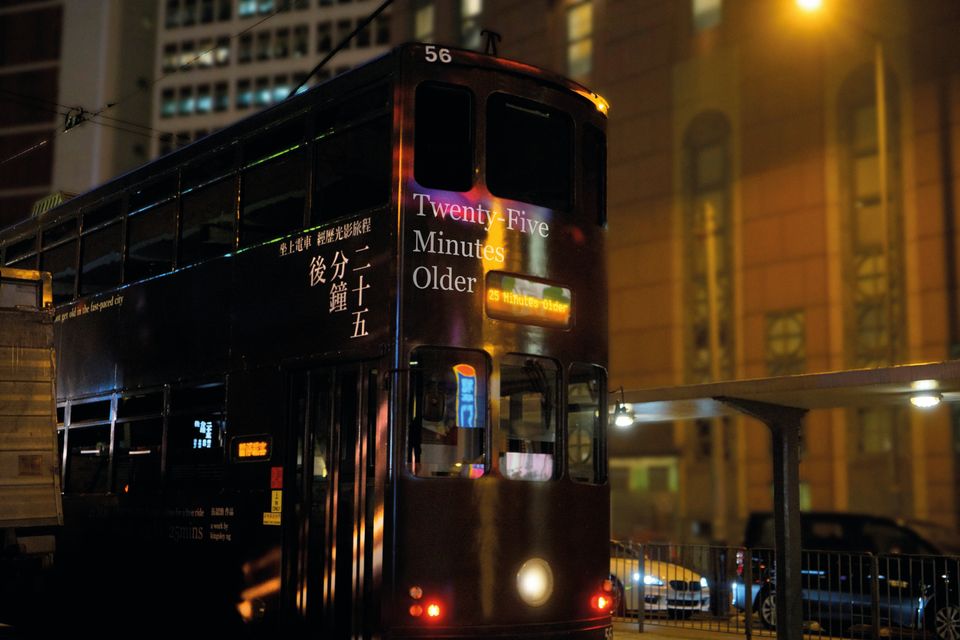 All aboard Hong Kong’s time-travelling tramArt lovers seeking respite from the hustle and bustle of the fair should consider a special trip aboard Hong Kong’s historic tramways. For his Art Basel commission Twenty-Five Minutes Older (until 28 March), the local artist Kingsley Ng has transformed a pair of the city’s vintage vehicles—“ding dings”, to those in the know—into “moving time capsules”. Lay back on a darkened upper deck and enjoy a soundtrack of extracts from Tête-bêche, the stream-of-consciousness novella that inspired In the Mood for Love, Wong Kar-wai’s cinematic love letter to 1960s Hong Kong. Pinhole windows turn the carriage into an old-fashioned camera obscura, through which even today’s gritty urban landscape of traffic and 7-Elevens acquires a nostalgic sheen. 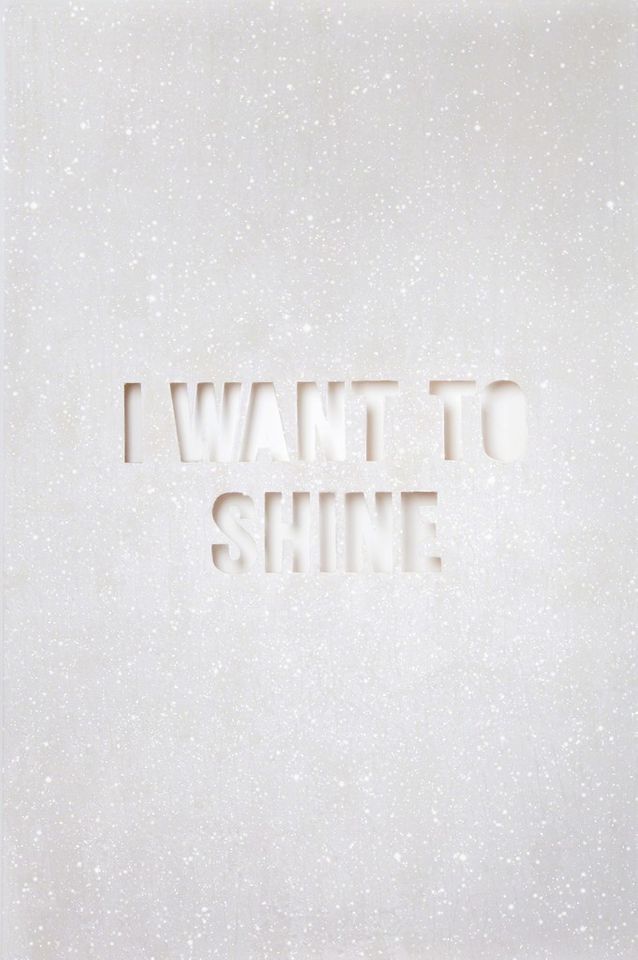 Jonathan Rosen, I Want to Shine

Women shine at Art CentralLove conquers all but not at the Art Central fair in Hong Kong this year. Jonathan Rosen’s towering canvases Shine, Power and Love (all 2016, Bluerider Art)—with cut-outs of the words “I want to shine”, “I want power” and “I want love”—were popular with the glamorous female fairgoers at Art Central’s VIP night earlier this week. But by the end of the evening it was clear what the women in Hong Kong wanted: Shine had proved most popular, with two editions on reserve, Power came in second with one piece on hold, and lonely Love remained unsold. Meanwhile, you can’t escape politics right now and it’s spilled over into the aisles of Art Central, too. The Cambodian-American artist Anida Yoeu Ali is performing a one-woman protest taking on Trump in The Red Chador (2017), where she silently wanders around the fair draped in a red-sequined, full-length, veiled dress holding up placards. Fair visitors can join in too—and she’s armed with 99 signs to choose from, featuring slogans like “nasty woman” and “ban me”.