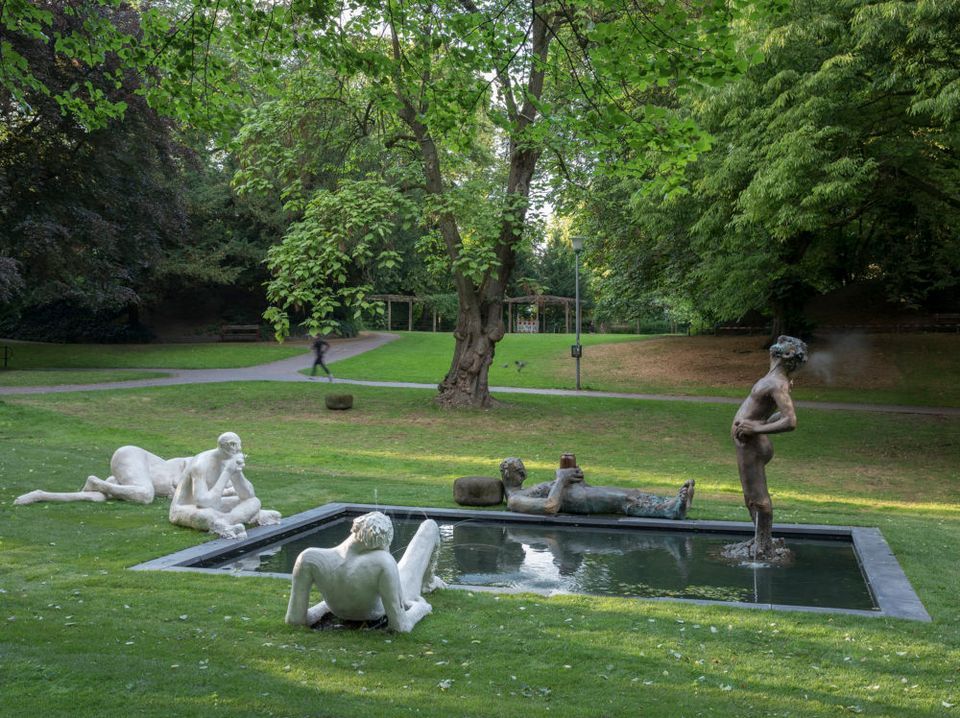 Nicole Eisenman’s Sketch for a Fountain (2017), the victim of several attacks by vandals at the once-a-decade Sculpture Projects Münster exhibition, which closed on 1 October, was never designed as a permanent fixture on the city landscape and was dismantled at the end of the show. But it may be back—this time for good.

The sculpture ensemble, showing five figures of ambiguous gender around a shallow basin, has won the hearts of Münster’s citizens, who are raising money to install it permanently. Yet in the materials it currently comprises—only two figures were modelled in bronze and three are in plaster—it is not capable of withstanding freezing temperatures and permanent display.

Sketch for a Fountain was therefore not on a list of sculptures that the curators of the exhibition recommended for purchase by the city and regional authority, the Landschaftsverband Westfalen-Lippe, says Jana Duda, a spokeswoman for Sculpture Projects Münster. But Münster citizens have already collected some funds and have invited Eisenman to Münster to discuss how to produce a more durable version.

“We think this is great,” Duda says. “We never thought of keeping it permanently, but now there is interest and money.”

Duda says she thinks that the desire to preserve the sculpture stems partly from the abuse it has suffered. Many Münster inhabitants were outraged when the work was sprayed with a swastika in September—an act condemned by the organisers of Sculpture Projects as “a fascist form of violence” and “an attack against the values of the work”. Earlier in the summer, one of the plaster figures was decapitated.

The city of Münster and the Landschaftsverband have purchased 39 works to remain on permanent display after they were shown at the temporary exhibition since its first edition in 1977. These include Per Kirkeby’s bus shelter and two rings of concrete by Donald Judd.

Works proposed by the curators for permanent show from the 2017 edition include Alexandra Pirici’s Leaking Territories (2017), Emeka Ogboh’s Passage Through the Moondog / Quiet Storm (2017) and Oscar Tuazon’s Firebuilding (Burn the Formwork) (2017).