A selection of objects that reflect the variety of art on offer, both in terms of price and medium

Following the largely successful round of post-war and contemporary auctions last week, which appeared  unaffected by the surrounding political chaos in the UK post-Brexit, London’s art world now turns its eye to Old Masters and classical art in one final burst of market activity before many dealers shut up shop for the summer.

The fourth edition of London Art Week, an amalgamation of Master Drawings and Sculpture Week (founded in 2001) and Master Paintings Week (founded in 2009), has seen strong six- and even seven-figure sales that prove there are still collectors hungry for top Old Master works. Colnaghi, for example, sold a dramatic work by Jusepe de Ribera—A philosopher holding a mirror (around 1630)—priced in the region of £1.25m. Over at Ariadne Gallery, meanwhile, a gold Phoenician axe-head, dating to the Middle Bronze Age (around 2000-1750 BC) sold for a six-figure sum to a private buyer.

Almost 50 galleries involved in London Art Week (1-8 July), however, are showing works that range from £500 all the way up to millions of pounds, so there are buying opportunities for all types of collectors. We have picked a few examples here that cover the variety of art on offer, both in terms of price and object. 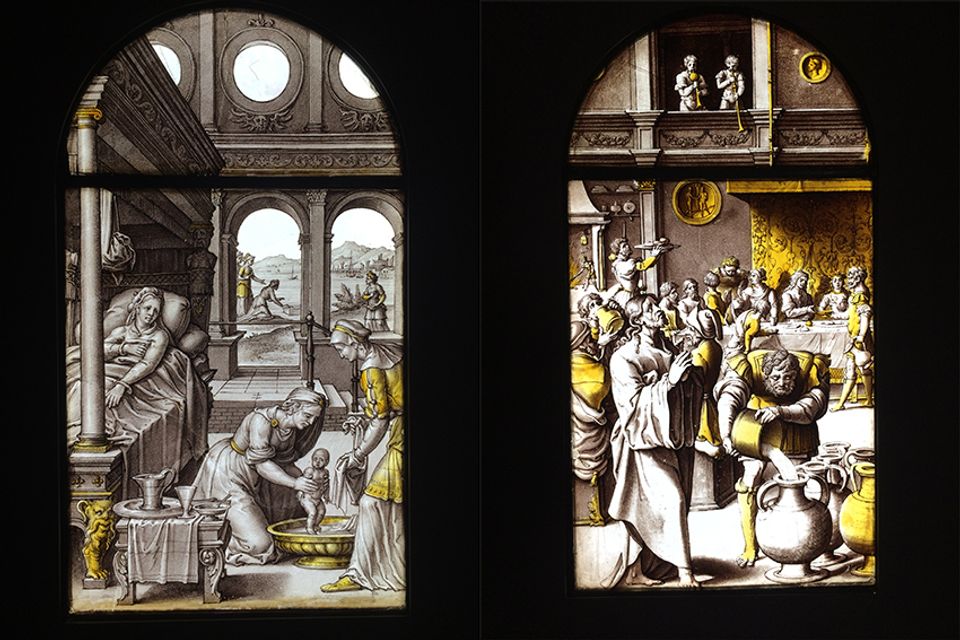 The prices for some of these stained glass roundels might come a surprise to those who are used to associating Old Masters art with imposing sums of money. Almost half of the 35 pieces, which have never been seen in public before, have already sold. “It’s worked well for us,” says Sam Fogg, “we’ve been selling to museums and private collectors." 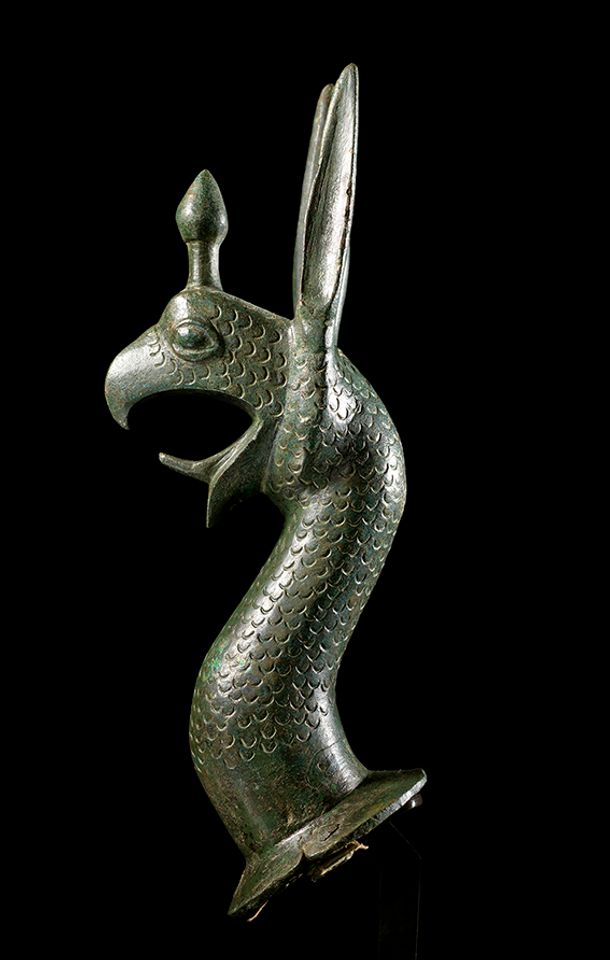 This detailed and well-preserved artefact would have been fitted around a cauldron and used as part of votive offerings to the gods in ancient Greece. “It’s in particularly good condition and such fine engraving is uncommon on such a piece,” says the gallery’s Harry Prance. “It’s typically Greek—you don’t find this anywhere else—and it indicates the presence of a long-term religious practice that predates the building of temples and places of worship.” 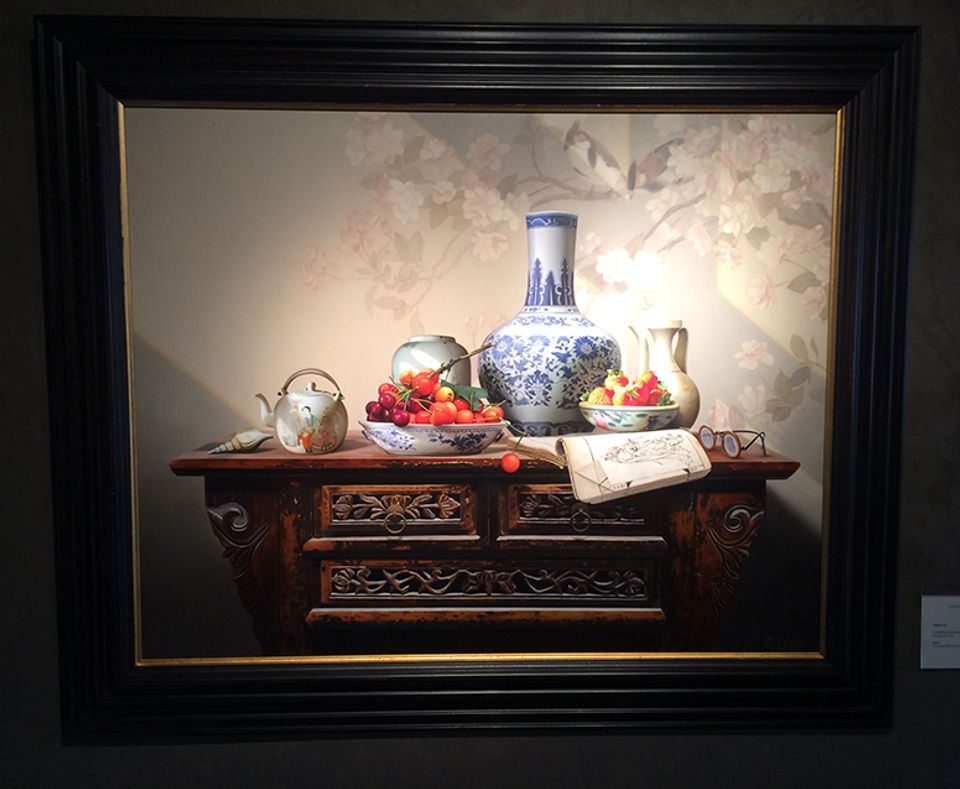 Johnny Van Haeften Song Yu, a still-life with Chinese porcelain and bowls of cherries and strawberries (2015)

Song Yu, A still-life with Chinese porcelain and bowls of cherries and strawberries (2015)

“We try to do something different every year for London Art Week,” says Johnny Van Haeften, the veteran Dutch Old Masters dealer. This year, he is pairing 17th-century Dutch still-life paintings with work by the Chinese contemporary artist Song Yu. Yu draws on the rich history of trade between the Dutch East India company and his native China, producing works of striking precision, which evidently reference the Dutch masters. The Chinese bowl in this work resembles the very same Chinese export porcelains that flooded the European market in the 17th century, and found their way into the Dutch Old Master paintings of the time. 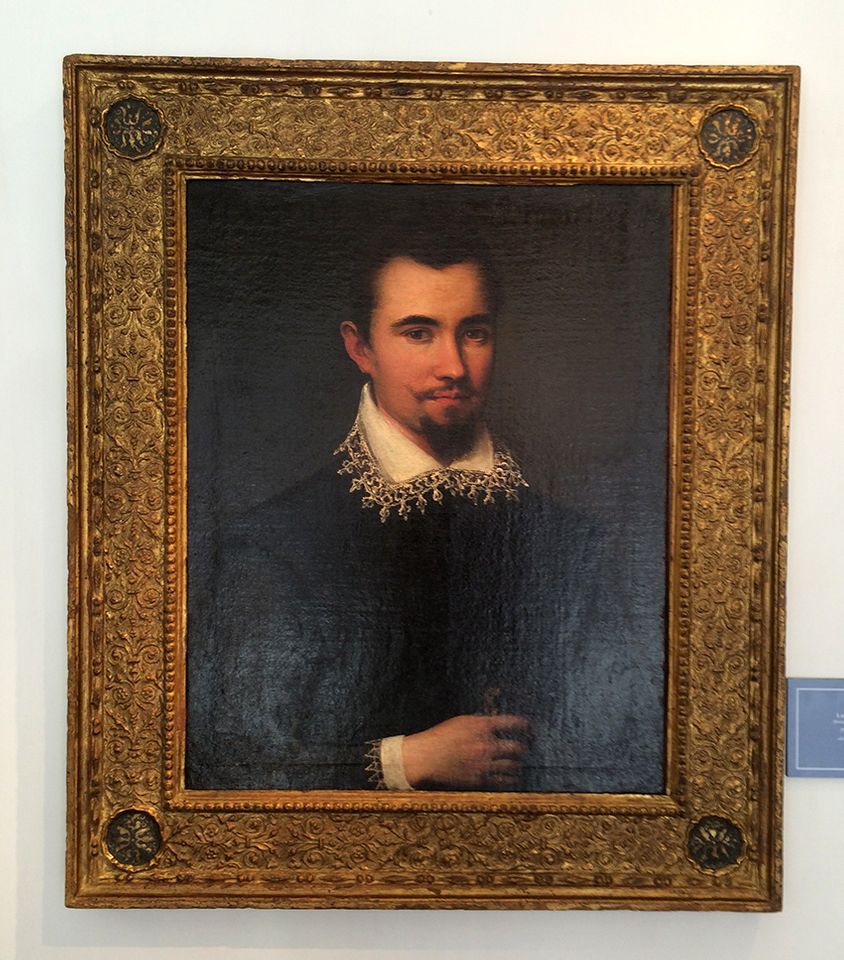 Before Artemisia Gentileschi, Lavinia Fontana was perhaps the most well-known and most respected woman artist of her time, “and certainly one of the most important portrait artists working at that time too”, says Maurizio Nobile, the Bologna-based gallerist who is showing at London Art Week for the second time as a “pop-up” on Bury Street. The most incredible part of Fontana’s story is that when she was made to marry a much lesser painter than her, Giovan Paolo Zappi, she forced the wedding contract to recognise her as a professional painter. Zappi ended up working as her assistant and accountant, while she painted portraits for all of Bologna’s high society. 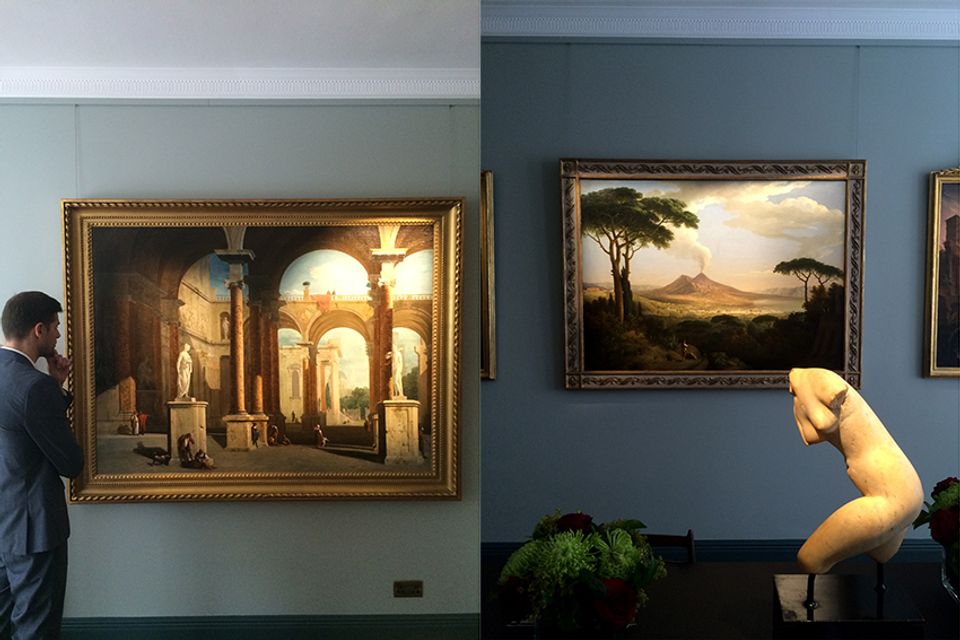 Going against the Brexit grain, the newly-opened Lullo Pampoulides gallery are showing these two works, one painted by the Welshman Thomas Jones, after a trip to Italy, and the other by an Italian, Marco Ricci, after a trip to London. The work by Jones, which is very rare in itself, was only recently attributed to him and exhibited at the Royal Academy in 1785. “We’ve only been open for five days so far,” says the Italian Andrea Lullo, “but it’s going very well and we’ve already made sales. I think other dealers are happy to see younger dealers entering the Old Masters market.”