The colossal work, one of the first arachnid sculptures the artist made, has embarked on a multi-city tour 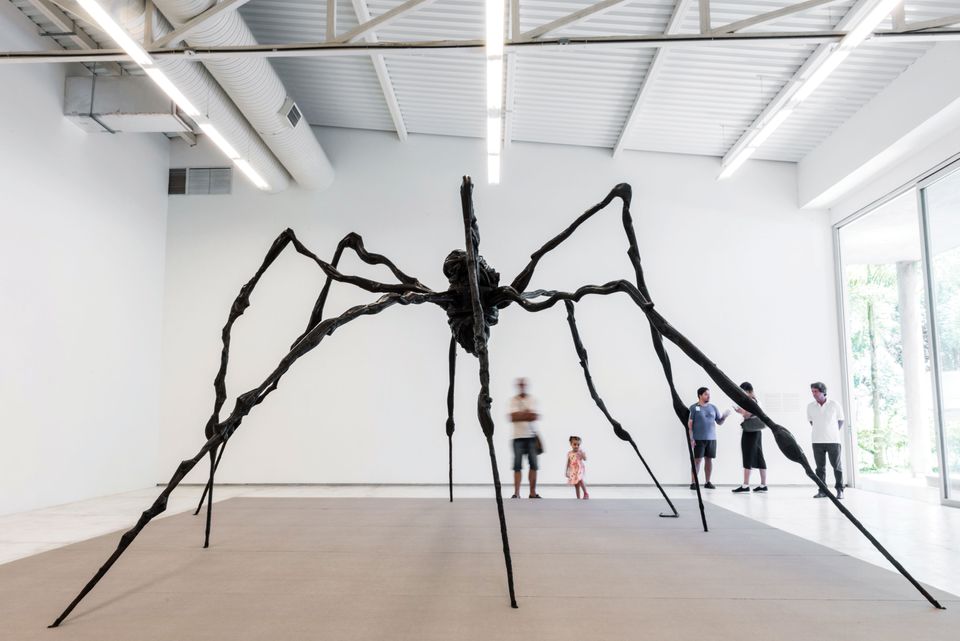 For more than two decades, one of Louise Bourgeois’s first large-scale Spider sculptures—created as a tribute to her mother—has presided over the atrium of the Museum of Modern Art in São Paulo. The monolithic bronze work has now broken loose for a year-long tour across various cities in Brazil. Its first stop is the Inhotim Institute in Minas Gerais, where it was installed on 15 December in the sprawling arts centre in the jungle.

The Itaú Cultural Institute, which lent the work to the museum, acquired the sculpture for $450,000 in 1996, the year the work was shown in a salon dedicated to the French artist in the 23rd São Paulo Biennial. The tour is part of an initiative to “democratise the collection”, says Eduardo Saron, the institute’s cultural director.

In preparation for its expedition, the work travelled earlier this year to the Easton Foundation in New York, the non-profit organisation Bourgeois launched in the 1980s, so that it could be restored. Since most of the early spiders Bourgeois made were hollow and not fit to withstand travel and weather, it was also “filled” with bronze. The spindly three-metre-tall sculpture now weighs more than 700kg—each leg weighs around 68kg—and has to be disassembled into ten pieces, a process that requires a team of several technicians, for transportation.

The work is one of several arachnids Bourgeois made in the mid-1990s in memory of her mother, Joséphine Fauriaux, a tapestry restorer, who died in 1932. Her towering Maman (1999) was made for the opening of London’s Tate Modern. Spiders are “helpful and protective, just like my mother”, Bourgeois said when unveiling the first one in 1995.

Spider travels next to the Iberê Camargo Foundation in Porto Alegre in May and then to the Oscar Niemeyer Museum in Curitiba in August. In the coming months, the institute will announce more venues and hopes to continue the tour in 2020.