How the Louvre concealed its secret Salvator Mundi book 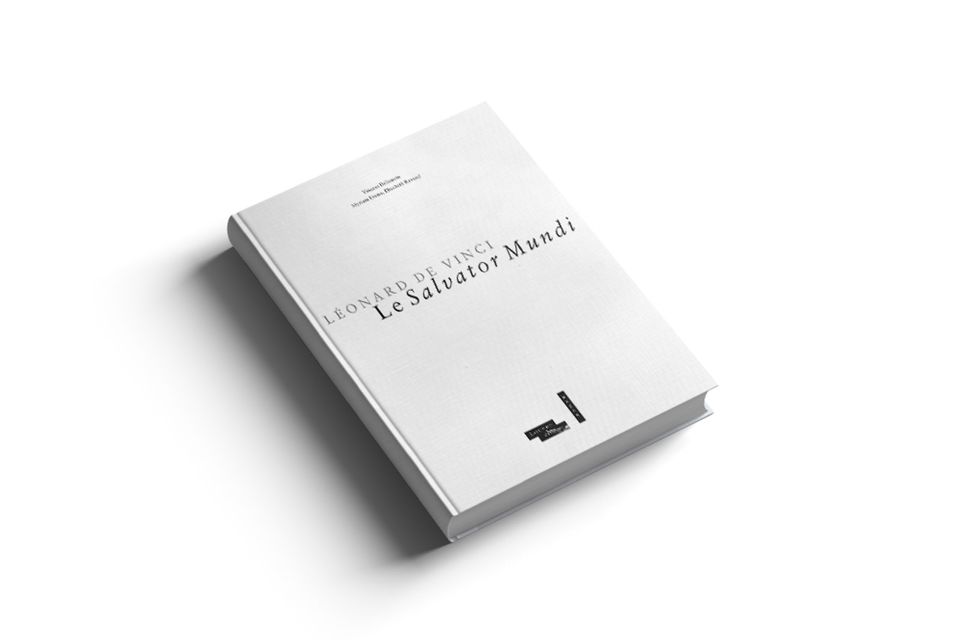 The Art Newspaper has seen a publication on Leonardo da Vinci’s Salvator Mundi, which the Louvre printed and then withdrew days before the opening of its Leonardo exhibition last October. At least one copy of the 45-page book, containing new detailed scientific analysis of the painting, was inadvertently sold at the museum’s bookshop.

A Louvre spokesperson confirmed that “the book was a project in case the Louvre got the chance to present the painting. As this has not been the case, it is not going to be published”. The book, however, had already been produced by the Louvre with the Paris-based publishers Editions Hazan.

The new scientific analysis it presents was conducted by the Centre for Research and Restoration of the Museums of France (C2RMF) in 2018. The book, Léonard de Vinci: Le Salvator Mundi, is co-authored by the Louvre curator Vincent Delieuvin, and Myriam Eveno and Elisabeth Ravaud of C2RMF. Perhaps it was prepared to help facilitate the loan of the Salvator Mundi to the Louvre’s definitive blockbuster show. But, as we know, very late in the day the owner declined to lend it. Some weeks later, due to a slip up, several copies of the book appeared momentarily in the Louvre bookshop, amid the pile of Leonardo exhibition catalogues. This is very embarrassing for the museum, whose stated policy is “not to comment on a work in a private collection if the work isn’t on display in one of its exhibitions”, according to its spokesperson .

The book consists of various sections, examining all the existing theories surrounding the controversial attribution to Leonardo, the provenance, as well as the new scientific data. Its authors come down in favour of the work being autograph, but couch their conclusions diplomatically. Looking at the Salvator Mundi in the context of the detailed investigations of the Louvre’s own masterpieces—the St Anne (from 1503-19) Mona Lisa (from 1503-19) and St John the Baptist (from 1508)—they state that their examination “seems to us to have demonstrated that the work was executed by Leonardo”. The authors conclude that the originality of the preparation, the use of powdered glass in the paint layers (a practice Leonardo used, though not exclusively, more and more over time, probably as a drying agent), and the “remarkable use of vermilion in the shadows and the hair”, make it likely that the painting is autograph, and dated to Leonardo’s second Milanese period (1506-13), after he painted St John the Baptist.

Dianne Modestini, who painstakingly restored Salvator Mundi prior to its sale at Christies in 2017, confirms the book’s existence. “Several weeks ago, by a fluke, I happened to see the book and have had a chance to study it. C2RMF examined the painting sometime in 2018 and did some XRF mapping as well as new IR scans, X-radiography and photomicrography.

“These analyses do not reveal anything I did not already know about the materials and techniques as described in my 2011 publication and further elaborated on the website [salvatormundirevisited.com], except for a study of the grain of the walnut panel which indicates that the plank came from the centre of the tree rather than close to the outside of the trunk, as I had thought. If this is correct, then the damage in the centre of [Christ’s] stole is not directly associated with a knot in the wood. The various scans image either more clearly, or in a different way, the underdrawing and pentimenti.”

The secrecy surrounding the book—and the attempt to cover its traces—is unfortunate, Modestini says. “I would, of course, like to study high-resolution digital files of the new images,” she says. “I think I know this painting better than anyone and my input might have been useful in interpreting the new scans. This speaks directly to the importance of sharing information with the larger community of scholars. In some cases, scientific and chemical imaging can change or greatly add to our understanding of how a work or art was created. Due to the expense of the equipment and the computational power required to process the data, only a few museums and conservation institutes are able to study paintings with these new methods and when this information is shared it benefits the entire community. As more people become involved in this conversation, better and fuller insights emerge. Everyone, including the general public, can make discoveries if they have access to these tools.”