‘In two and a half years, who knows where the world will be’—Lyon Biennale curators reveal why exhibition was pushed back from 2021 to 2022 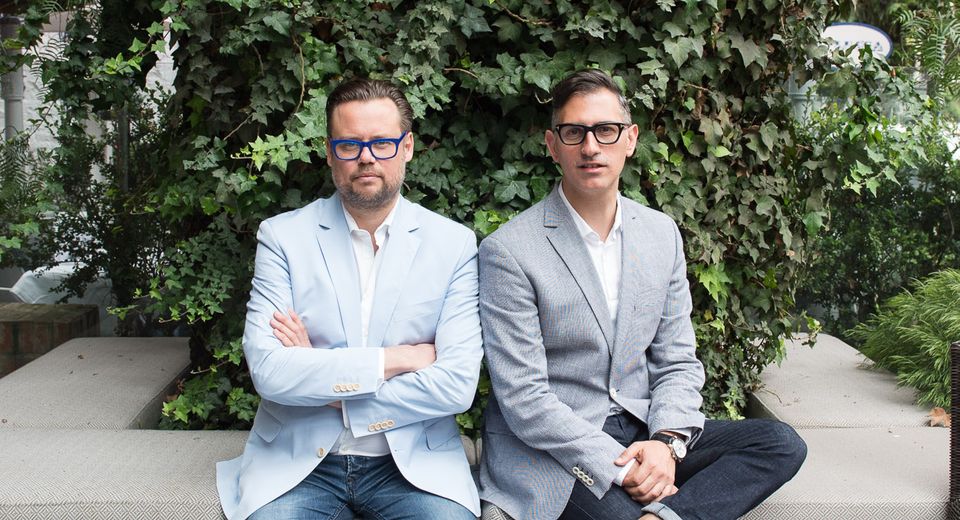 Till Fellrath, left, and Sam Bardaouil, the curators of the Lyon Biennale, now scheduled for 2022 Photo: Pablo Salgado

The curators of the 2021 Biennale de Lyon say the event has been postponed until autumn 2022 because of practical and ethical concerns in light of the coronavirus crisis. The 16th edition, organised by the independent curators Sam Bardaouil and Till Fellrath, was scheduled to open September next year—marking the 30th anniversary of the biennial—and run until January 2022.

The pair explain that since their appointment in February, they have not been able to go back to Lyon, visit the exhibition spaces and work with the biennale team. “The same applies to the artists we would like to work with. Our plan was always to spend several months in the city and work closely with the local and surrounding communities, and cultural and educational institutions, to dive into the multiple layers of Lyon and elaborate a direction that was informed by our close interaction with all of the above,” says Bardaouil.

This process is now on hold; meanwhile virtual visits cannot “substitute the physical and personal interactions that are essential for the task at hand”, he adds. Lyon also runs a dance biennale, which has since been postponed until 2021, the year initially allocated for the art biennale.

Bardaouil adds: “With resources more scarce than ever, we felt that by pushing the biennale into 2022, we would not be competing for public and private resources now and in the very near future, and therefore exercising a burden on the community, when other urgent causes—health, food, shelter, schools—require immediate sustenance. There are other, more pressing daily life matters that need to be met as people grapple with their losses in the wake of the coronavirus crisis.”

The decision to postpone the biennale is also driven by other issues, Bardaouil says. “Haven’t we all equally criticised the politically well intended, yet misplaced exhibitions that engage with a specific crisis, while that crisis is still far from over? If the saying ‘there is a time for everything under the sun’ has ever made sense, now more than ever timing is essential. In almost two and a half years from now, who knows where the world will be. But one thing is for sure, once the crisis has subsided, and the bodies have recovered, art will be more essential than ever for the healing of souls.”

Art critic Valérie Duponchelle writes in Le Figaro that “the announcement regarding the one-year postponement of the 16th Lyon Biennale which was to be held in September 2021” is worrying. “This is another leap into the unknown. Suddenly, the culture crisis looks even more serious and longer than the most pessimistic of analysts declared two months ago,” she says.

French artist Boris Raux writes on Instagram: “Is the biennale postponed, not because of a lack of energy from the curators and artists, but [because of] the fear [regarding] the lack of money [due to] the economic crisis that is coming?” The Lyon Biennale is backed by a range of sponsors including the French Ministry of Culture and the City of Lyon, as well as numerous private and institutional sponsors. According to the biennial website, the 2019 edition attracted 280,000 visitors, with more than half of the attendees aged under 26.

The move means also that the art world calendar is realigned; other major events planned for summer 2022 include Documenta 15 in Kassel, Germany and according to the current timeframe, the 14th Gwangju Biennale would also take place late 2022.