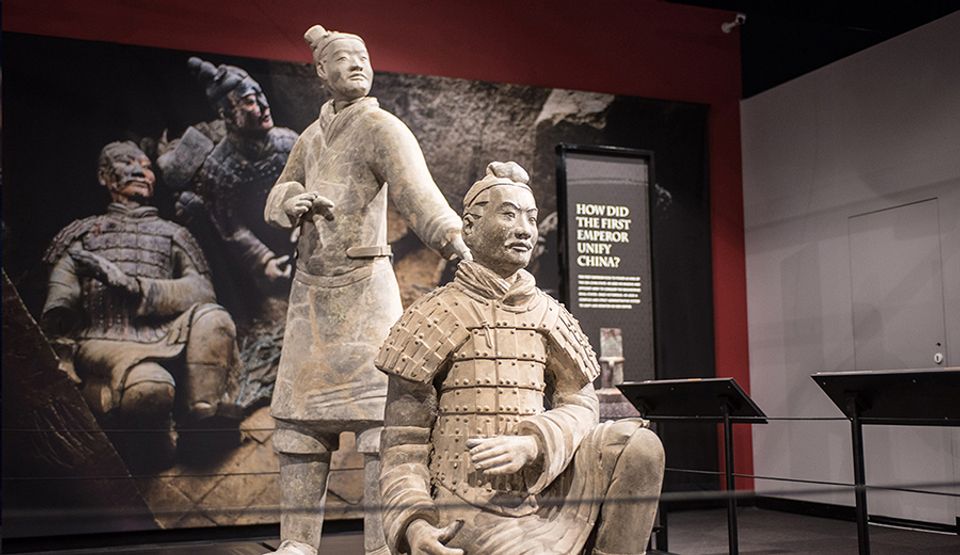 An American man was charged with theft and concealment of an important work of art after stealing the thumb of an ancient Chinese terracotta warrior statue at the Franklin Institute of Philadelphia. Michael Rohana was recorded on security cameras taking a selfie with the statue before breaking off its left thumb during an after-hours "ugly Christmas sweater" party at the museum on 21 December. The 2,000-year-old statue is one of ten works on loan from the Shaanxi Cultural Heritage Promotion Centre, which told Chinese media that it had never experienced “such a noxious incident”.

The Philadelphia museum noticed the thumb missing on 8 January and got the FBI involved, who arrested Rohana on 13 January in his home in Delaware, where the thumb was being kept in a desk drawer. Rohana, who was released on bail, is also charged with transporting stolen property through state lines.

The statue, on view in an exhibition of terracotta warriors at the museum (until 4 March), belongs to a clay army of around 8,000 soldiers, horses and other figures discovered in Xian in the tomb of China’s first emperor, Qin Shihuang. It carries an estimated value of $4.5m. The Shaanxi museum says it will reconsider its loan policy after the incident, and are now assessing the cost of repairing the damage.