Maya Angelou was known for many things: as a civil rights activist; as an acclaimed author whose 1969 memoir, Why The Caged Bird Sings, made literary history as the first nonfiction bestseller by an African American woman; as a Pulitzer prize nominated poet; as a celebrated actress; as a key member of two presidential committees who wrote and recited a poem at the inauguration of a third, President Bill Clinton in 1993, and who would be awarded the highest civilian honour in America, the Presidential Medal of Freedom by a fourth, President Barack Obama in 2010.

Less well known are Angelou’s activities as an art collector. By the time she died in May last year, Angelou owned more than 500 works of art by artists including Jacob Lawrence, Romare Bearden and Melvin Edwards. 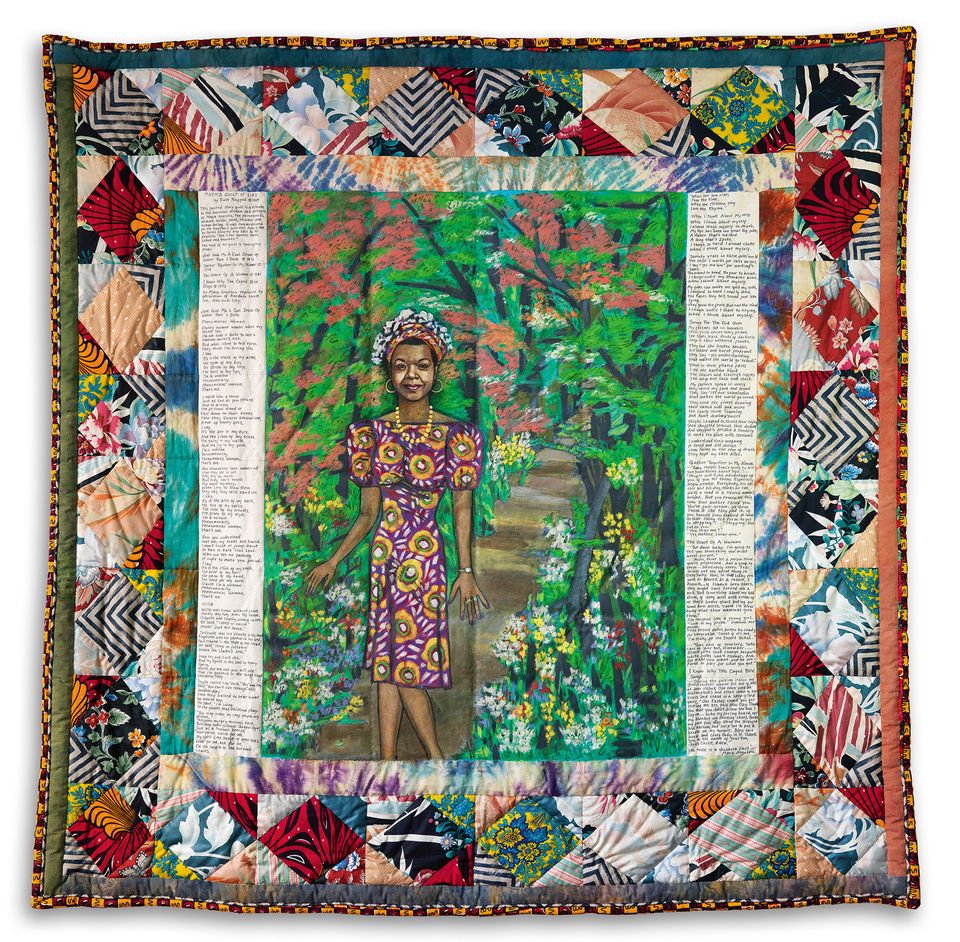 More than 40 of these works will hit the block in New York today in a special sale at Swann Auction. These include Maya’s Quilt of Life by artist Faith Ringgold, which was commissioned by the lifestyle guru and chat show host Oprah Winfrey for Angelou’s birthday in 1989. “She is our mother, sister, friend and teacher,” Winfrey said at the time.

In total, the sale is expected to raise between $402,000 and $637,000, with the proceeds going to Angelou’s estate and family. Her son, Guy Johnson, wrote an introduction for the catalogue in which he recollects weekend visits to museums with his mother while she worked for Martin Luther King at the New York office of his Southern Christian Leadership Conference.

Angelou used these trips to impart wisdom to her son. One time, for example, he recalls asking Angelou why none of the major museums exhibited works by black artists, and declaring that he wouldn’t exhibit white artists if he owned a museum. Angelou admonished him: “Don’t be a prisoner of ignorance. Prejudice and hatred diminish not only their object, but their possessor as well.”

For Angelou, “the presence of art and creativity in a person's daily life broadened his or her perspective of the world around them,” Johnson recalls. “Imagination and creativity were the central pillars of her work life.”