Opera sets will evoke the museum’s collection, and soloists will perform at the museum 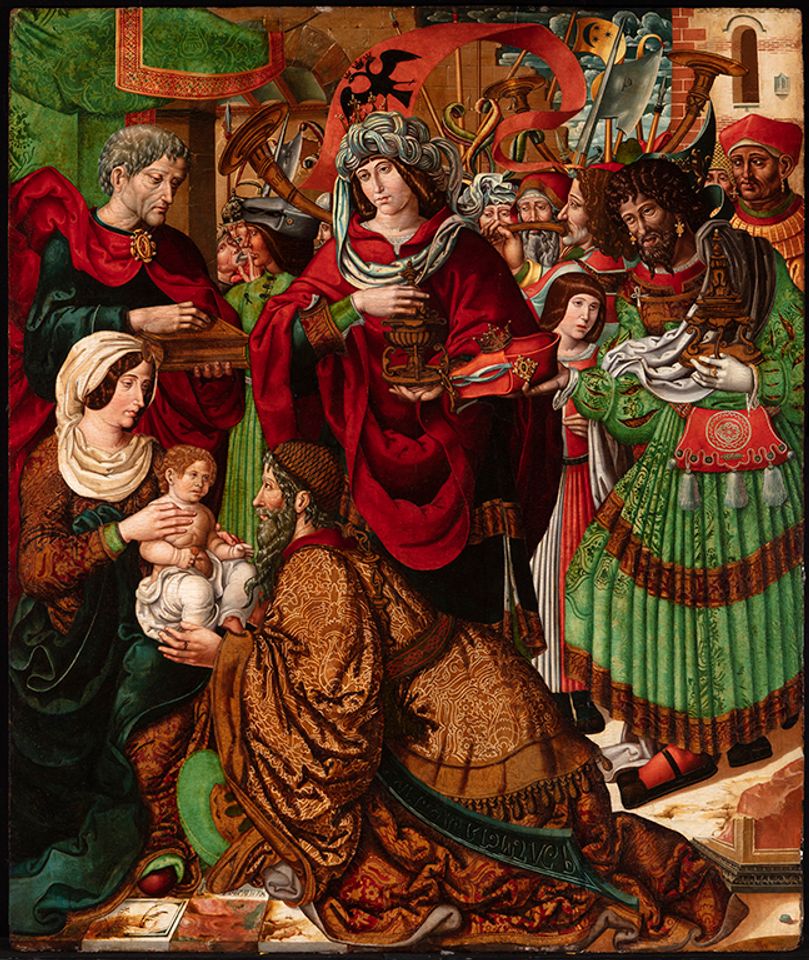 The Master of Sigena's Adoration of the Magi (around 1519), an image of which the Meadows Museum supplied to the Dallas Opera for potential use in a production of Don Carlo Meadows Museum

The Meadows Museum at Southern Methodist University in Dallas has launched what is believed to be the first partnership of an American museum, an American opera company and an opera house in Europe.  On 11 November, the Meadows, the Dallas Opera and the Teatro Real, Madrid's opera house, formally signed an agreement merging art and opera.

When the Dallas Opera performs Verdi's Don Carlo and Rossini's The Barber of Seville next year, its sets will evoke the Meadows's collection of Spanish Baroque art.  The exhibition Alonso Berruguete: First Sculptor of Renaissance Spain will arrive at the Meadows during the run of these two operas.  Berruguete was the court painter to Charles V, the real Don Carlo's grandfather.  The Dallas Opera will use images of his work, too.

Instead of building expensive three-dimensional sets, the opera company would be referencing an art collection to fashion a mood.  It's more abstract, but infinitely varied and far cheaper.

The two Dallas institutions will do joint marketing and team up for special events.  Dallas Opera soloists will perform at the Meadows as part of a new music-in-the-museum initiative, and the opera company will have unfettered access to Meadows art and scholarship.  The Meadows will make the performing arts a new focus of its exhibition planning. And the collaboration gives the Teatro Real an American footprint, which helps its long-term fundraising.

about 12 hours ago
Crowds flock to revamped Uffizi Galleries