The event, launched in 2014, is a unique experience freed from “stage-managed dialogue”, its moderator says 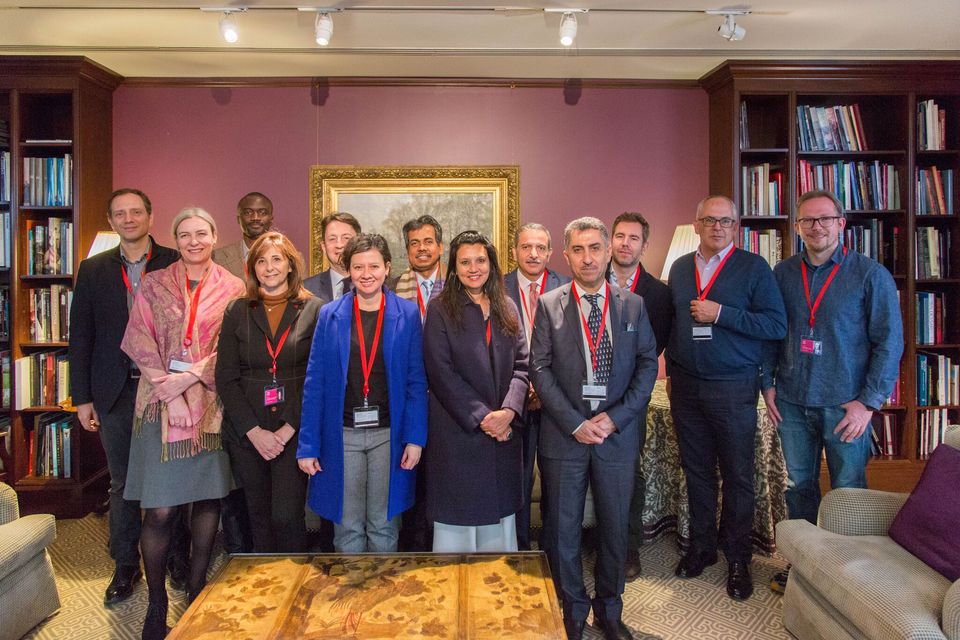 Participants of the 2018 GMLC at the Met, with moderator András Szántó Metropolitan Museum of Art

In a twist of coincidental timing, the Metropolitan Museum of Art hosted its fourth Global Museum Leaders Colloquium (GMLC), an 11-day event that brings together international museum directors, a week after announcing its own new director. The Met-organised programme, wrapped up yesterday (26 April), launched in 2014 and last held in 2016, addresses pressing topics for museum leaders, broken into daily themes including finance, content and engagement, objects and leadership.

While at many museum leadership gatherings “there’s a lot of stage-managed dialogue”, says András Szántó, the GMLC’s moderator (who has written previously for The Art Newspaper), most of the discussion sessions at the GMLC are private and closed to members of the press. Around the third day of the event, the participants are “getting to the place where people can allow openness”, Szántó says. “There’s a certain moment when the directors start speaking candidly about difficulties.” Once the formalities are broken down, “you have something genuine that starts to happen”.

An ubiquitous problem plaguing museums across the board: what to do about digital? During a discussion on Digital Strategy, Loic Tallon, the museum’s Chief Digital Officer, said there is “no single ‘best practice’”. He showed a chart of 12 museums and details about their digital practice, notably the title given to the person in charge of this area, which was different at each institution.

The participants discussed their own institutions’ challenges and approaches to technology. Marion Ackermann, the director general of the Staatliche Kunstsammlungen Dresden, said they update their digital strategy yearly. El Hadji Malick Ndiaye, the curator of the Théodore Monod Museum of African Art in Dakar, said that the museum uses Facebook to reach its audience and give information, and does not have a website. Discussing whether it should build one, Tallon advised that if the social media platform works for the museum, there is no need to.

One idea Tallon reiterated throughout the session: “I genuinely believe digital is not about technology,” Tallon said. “It’s more about the content.” Digital should be used to help reach audiences and carry out a museum’s mission, he said. There is no one way or one platform by which to do this.

Among the other sessions held from 16-25 April were the Psychology of Leadership, Institutional Strategy and Raised Revenue: Development, Membership, Sponsorship and Board Relations. In addition to the strategic takeaways, the colloquium (supported by Gilbert and Ildiko Butler and Jan and Marica Vilcek) has created a “unique network” of leaders who have participated in the GMLC, Szántó says, which now includes 54 museum leaders from 42 countries. A common feeling among the participants, he says, is that “our situations are different, but our problems are similar.”