As the main fair has become more blue-chip, the younger event has focused on fresh talent and a connection to the local scene 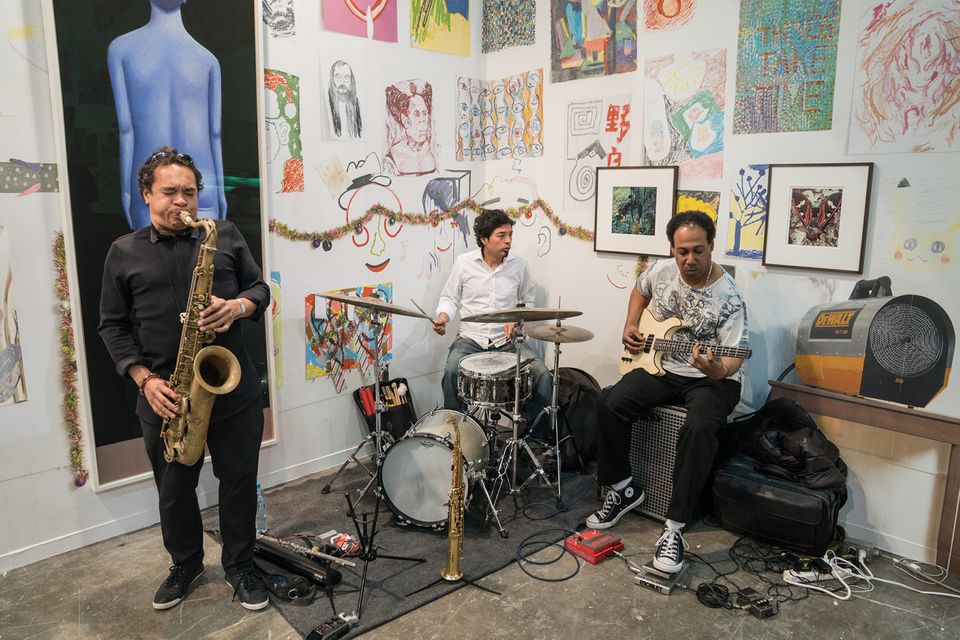 Now in its 15th year, Zona Maco (until 11 February) at the Centro Citibanamex in Mexico City has become a favourite fair for many dealers and collectors. But as the 170-exhibitor event has beefed up its roster of blue-chip international galleries looking to access the Latin and South American market, it has also lost some of the freshness it once claimed. Enter Material, a loosely composed fair aimed at a younger generation, launched in 2013 by the dealers Brett Schultz and Daniela Elbahara. The fifth edition (until 11 February), held for the first time at the newly reopened Frontón—a former sports venue, where the walls are still marked by jai alai balls—had many in the trade talking of a breakthrough.

The crowds were thin on the opening day of Zona Maco, although curious onlookers gathered around Karma’s stand near the entrance, where the artists Spencer Sweeney and Urs Fischer had transplanted the free studio-slash-jam-session they run in New York, complete with improvisational musicians. “We’ve had some noise complaints”, Sweeney said. Dealers appreciated the number of US museum groups attending the fair—“even from the Sheldon Museem, in Nebraska,” noted one—but reported mixed sales, with a stronger showing on Friday.

According to Veronique Ansorge, a director at David Zwirner gallery, which returned to Zona Maco for a second year, traffic on the first public day as “slow”. But she had buyers for works by Wolfgang Tillmans and Josh Smith during the preview.

At Paul Kasmin—whose booth includes pieces by Naama Tsabar, Bernar Venet, Max Ernst, Robert Motherwell and a tiny, iconographic painting by Jackson Pollock priced at $1.8m—the director Nicholas Olney says there is not “an urgency” to make a sale at Zona Maco. But this is part of the attraction, he added, with the more contemplative buyers attracted to a serious or conceptual presentation. “It doesn’t pay to bring less than grade-A works,” he adds.

A political edge slipped in with works by younger Mexican artists, particularly at Galería Hilario Galguera, where a tiled mural satirising exoticism by Cristóbal Gracia prompted several inquiries. Parque, also of Mexico City, showed works by Yoshua Okón that co-opt the logos of corporations whose activities have harmed Latin America. 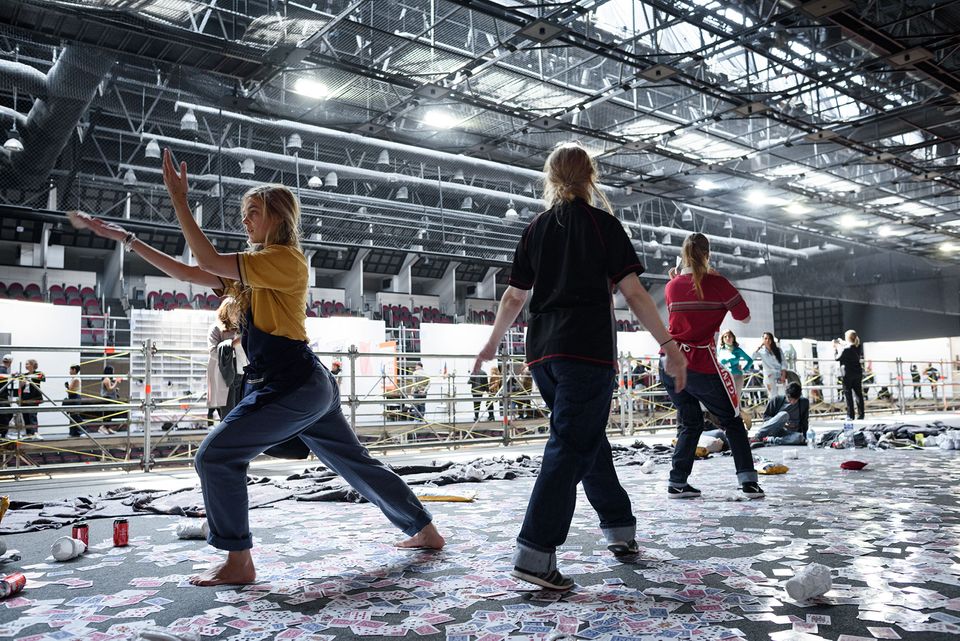 Performers enact a work in one of the project spaces on the top floor of Material Photo: PJ Rountree

A handful of the galleries that usually supplied Zona Maco with a creative spark, however, have decamped to Material, which wowed visitors this year with a new floorplan of 78 booths stacked in three tiers around a central court. Project spaces on the top floor, accessed by scaffolding, gave way to a booth on the ground floor supporting the Nahua activist Marichuy in her run for the presidency. “We wanted this edition to be something special, and this layout represents the best expression of what we have been trying to achieve,” says Brett Schultz, one of fair’s three directors, with Rodrigo Féliz and Isa Castilla.

“Zona Maco did a great job of creating a culture of collecting and making Mexico City a destination,” Schultz adds. He sees Material not as a competitor but rather another node on a spectrum of events that all contribute to the art economy of the city this week.

With booth fees priced under $3,000, Material attracted exhibitors from North Little Rock, Arkansas (Good Weather) and the suburbs of Paris (Chez Mohamed), but some galleries chose Material for it energy, rooted in the local scene. For Ana María Sánchez Sordo, a director at Mexico’s Labor gallery, returning to Material for a second year after exhibiting at Zona Maco was a matter of “supporting a new project that supports new spaces”. She noted that “the quality of the works [at the fair] is getting amazing,” and her own gallery offered pieces by Héctor Zamora, Roger White, and Pedro Reyes, with a price ceiling of $35,000.

“It’s fresher,” says Allegra Papa of Marso, another young local gallery that had also previously participated in Zona Maco. “You can make discoveries here.” On her stand were cryptic totems by Théo Mercier, each featuring modern found materials and elements that seemed to evoke indigenous artefacts, produced during a residency at the gallery last autumn.

Ciléne Andréhn, of Stockholm gallery Andréhn-Schiptjenko, also prefered the edgier vibe of Material as a platform for her gallery in Mexico. The local audience, she says, “is more intellectual than a lot of people—at least in Northern Europe—think. The kind of conceptual art we have does well.” Her stand featured works by Jacob Dahlgren, Matts Leiderstam and José Léon Carrillo, with sales for all three on opening day. “Unlike so many fairs, you feel that people are engaged in art, not the art market”, she says. With Zona Maco, she says, “it’s an additional reason to make the trip.”