The Design Miami fair will return to the Moore Building, and other galleries that regularly show in Art Basel will be given temporary spaces 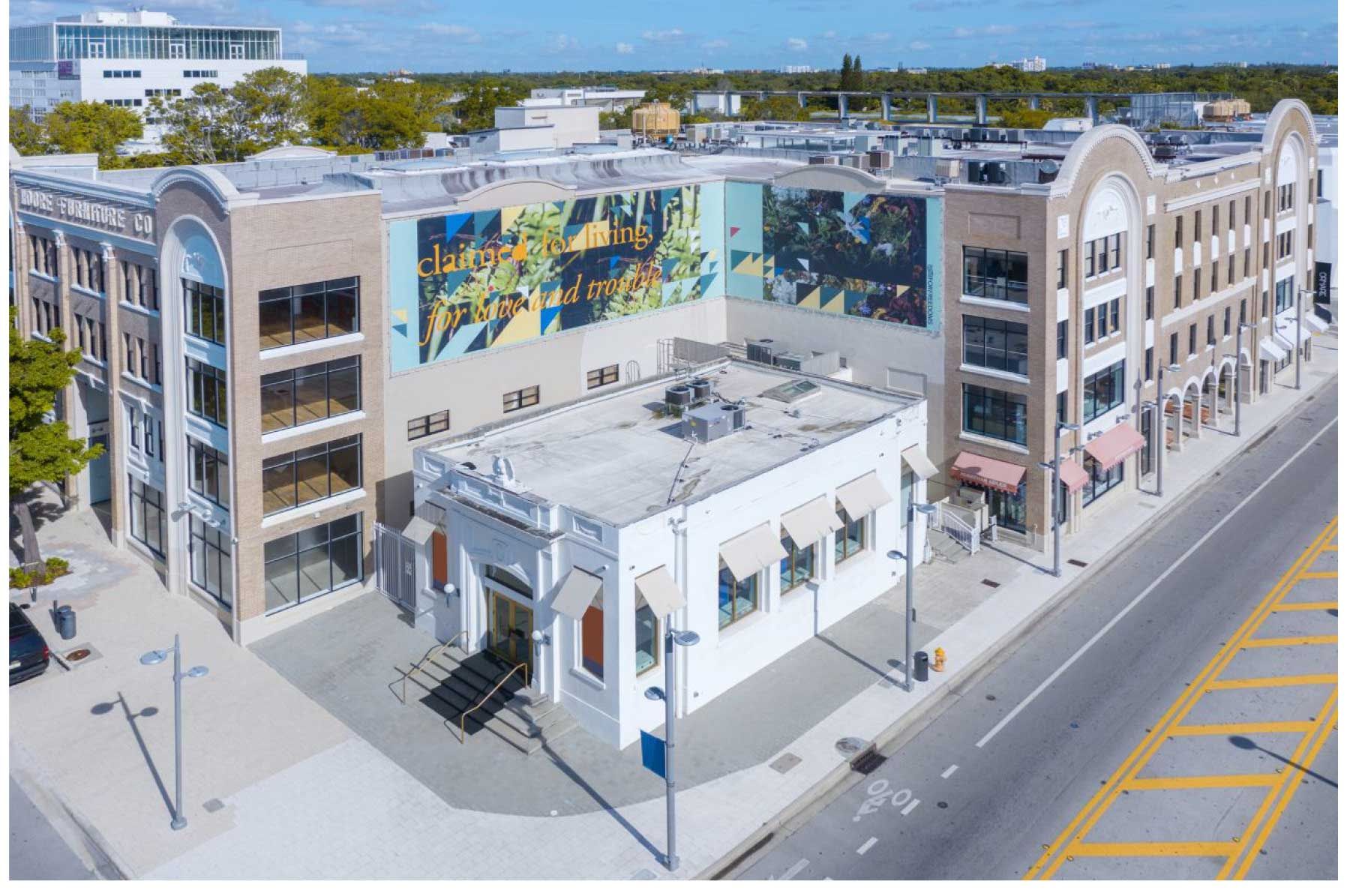 Aerial view of The Moore Building, in Miami Design District featuring billboard artwork by Adler Guerrier, in  partnership with For Freedoms

The Miami Design District is setting its sights on becoming the city’s hub for art collectors who might be missing a physical Art Basel edition this winter by hosting ten days of arts programming, from 27 November to 6 December. The initiative will see the Design Miami fair return to its original home in the Moore Building, and feature live events, activations and shows by “major international galleries that regularly exhibit” at Art Basel in Miami Beach and have been offered temporary spaces within the 18-square-block neighbourhood.

Craig Robins, Miami Design District’s founder and the co-founder of Design Miami, likens the overall programme to “a stealth operation”. “We decided to do this within the past 30 days, so we’re mobilising.” Although the launch is during the usual Miami Art Week, Robins is making spaces in the Moore Building available to galleries for up to four months. He says they are charging “a minimum rent” to help cover expenses “but not anything like the normal rents”. He says: “The idea is that everybody is having a hard enough time right now so it’s more about the spirit of collaboration and working to make something happen than trying to squeeze the last dollar out of it.”

After Basel announced in September that it was cancelling its physical Miami Beach edition over growing concerns about the global health crisis, Robins felt there was an opportunity “to figure out a socially responsible way to celebrate culture.” Robins points out that stores in the open-air district have been operating since May, during which time they have “developed protocols that respect the time we’re in”. They are also taking advice from the University of Miami Health System. “There is a socially responsible way to do the things we love and not just ignore the greater situation—that is what this event is all about,” he says.

Big parties are not on the agenda. “We’re not expecting major crowds or people flying in from all over the world,” he adds. Rather, the event is aimed at the influx of art- and design-loving people that have migrated to Miami and Palm Beach in recent months. “[This area] is one of those places where people feel comfortable. In the winter, it’s a beautiful place to base yourself. I think these shows will be incredible, the quality art and design and galleries you see at Art Basel and Design Miami will be smaller in scale but very concentrated throughout the neighbourhood and when you add the ICA, De la Cruz, etc the greater cultural community around Miami there is a lot for people to do and still celebrate culture.”

Design Miami’s 16th edition will therefore take the form of a new, flexible group selling exhibition called Podium, which is open to galleries and design studios. The fair’s curatorial director Aric Chen has chosen “America(s)” as the theme for the exhibition, and plans to examine alternative identities of America through art and craft.

Meanwhile, Art Basel announced that its Miami Beach Online Viewing Rooms (OVRs) will run from 2 to 6 December. As well as the OVRs, the Swiss fair will also host additional online events including talks and gallery walk-throughs.