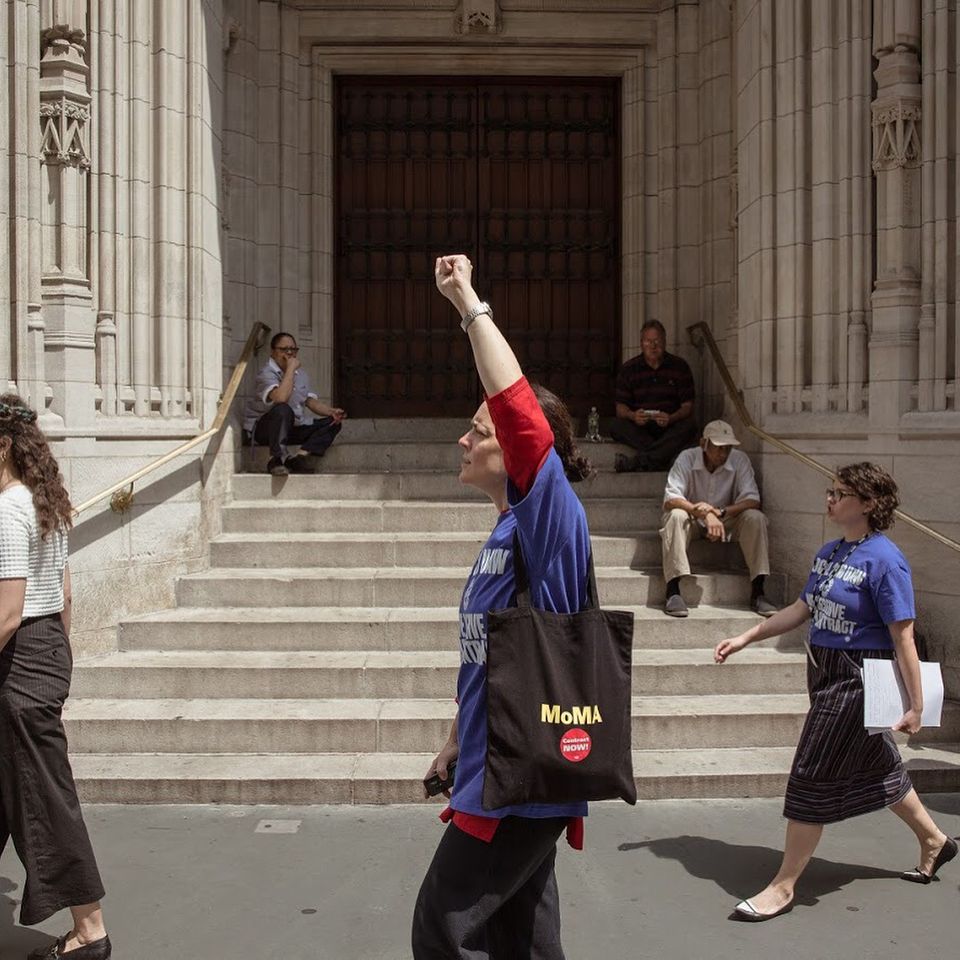 After months of negotiations, the Museum of Modern Art and the United Auto Workers Local 2110 union (UAW), which represents around 260 of the museum’s employees, have agreed on a new five-year contract.

The contract was “overwhelmingly” voted on Thursday (16 August) by members, according to a press release sent by UAW. Employees receive raises greater than 3%, or $1,600, retroactively applied to 21 May—the date the previous contract expired—and annual raises throughout the contract’s duration, as well as seniority step increases in pay—which “until the final days of bargaining, the museum sought to eliminate”, the press release says.

“I think it was very united effort by the membership that helped us avert a strike and the museum shifted its position substantially,” says Maida Rosenstein, the president of United Auto Workers Local 2110.

“MoMA has an extraordinary staff and we are pleased with the fair and amicable resolution we reached with Local 2110,” a museum spokeswoman says. “We believe this five-year contract will keep our dedicated staff and the museum on a path of financial stability and future growth.”

Health care benefits in the new contract, another major issue, include preserving single health insurance coverage without employee contributions and ensuring that there is no increase in family coverage costs related to annual raises. Other benefits include improved paid family leave.

However, promotion opportunities for curatorial assistants—a major bone of contention in labour talks—remains an “ongoing issue”, the release says, and the union will present this in front of a “neutral outside arbitrator” in an upcoming meeting.

“Curatorial assistants play a critical role in the success of the museum's exhibitions and programmes, and we're working together as union members to bring visibility to the importance of our often-underecognised labour,” the curatorial assistant Ana Torok says in the union's press release.