Mullican and Camplin expand consciousness at the Camden Arts Centre

Hypnosis, telepathy and the sixth sense are among the themes in the two new shows

Matt Mullican and Bonnie Camplin “are probably two of the most difficult artists to discuss”, says Jenni Lomax, the director of the Camden Arts Centre, where solo exhibitions by the artists are currently on show. But this is precisely why the pairing works so well. “Both their work is about communicating on a more perceptive or intuitive level,” Lomax says.

Mullican’s show, The Sequence of Things, brings together strands of his existing practice, including drawings created on bedsheets under hypnosis, glass works, posters, flags and wall rubbings, which will be presented throughout the gallery in a linear fashion. “It will give the sense of going through a library of his different ideas and cosmologies,” Lomax says, noting that Mullican was inspired by the arts centre’s history as a public library.

For the past 40 years, Californian-born Mullican has been collecting objects and materials, combining them with his own drawings to create complex visual systems consisting of five colour-coded parts he calls the “five worlds”. Green stands for material, nature and death; blue for the everyday world; yellow for the arts; white and black for language; and red for the subjective or pure spirit.

In the early 1970s, Mullican began to explore the potential of hypnosis, which led to the emergence during performances of an entity he calls “That Person”—neither male nor female, young nor old. One of Mullican’s performances under hypnosis will be screened as part of the Camden exhibition. 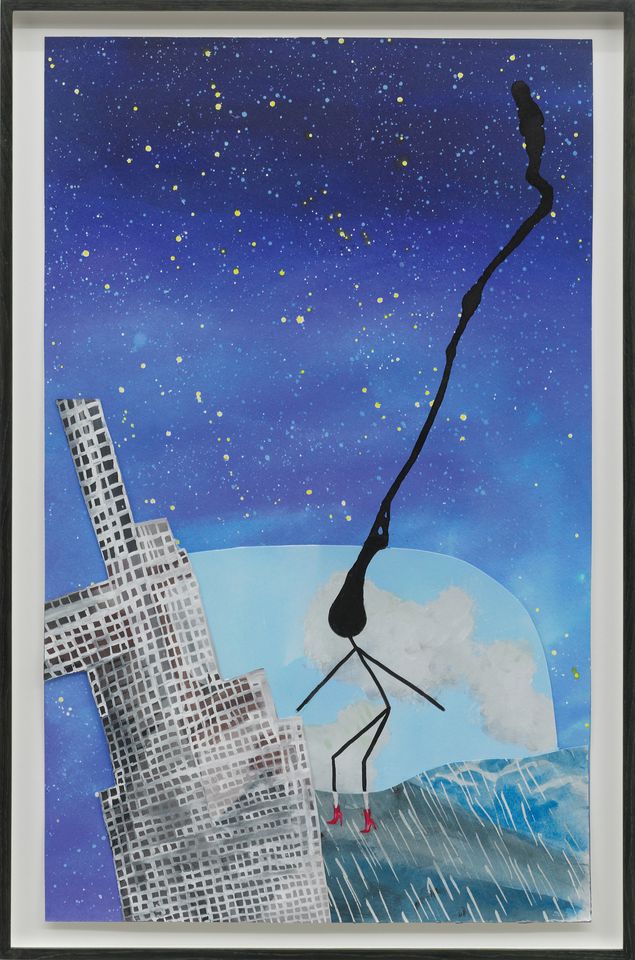 If Mullican pushes the boundaries of consciousness, London-based Camplin believes in ESP (extrasensory perception) or a “sixth sense”. The artist was nominated for the Turner Prize last year for Military-Industrial Complex, a study room arranged to explore the idea of “consensus reality” and how it is formed. The installation drew on various disciplines including physics, philosophy, psychology, witchcraft, quantum theory and warfare.

For her exhibition at the Camden Arts Centre, Camplin has filled a gallery with a large-scale diagram featuring, among other things, a female body, a cat, cage-like structures and geometric patterns such as spirals. Principles of energy and information transference through morphogenetic fields and qualia channels are explored through the drawings.

Over the past two decades, Camplin’s work has encompassed being an impresario of experimental club nights in Soho, performance, film-making and situational research. Lomax describes her as “less materialistic” than Mullican. “Bonnie’s work is about pointers or diagrams that allow people to think about the invisible, or different kinds of spaces or realities,” Lomax says. Despite their shared interests, Camplin and Mullican have met only once in person—by chance at the gallery. “Bonnie’s extrasensory perception must have played a part,” Lomax says, recounting how Camplin dropped in at the Camden Arts Centre when Mullican happened to be there. Visitors to their shows can, however, expect a real meeting of minds.