A post shared by Jean-Philippe Delhomme (@jeanphilippedelhomme) on Jan 6, 2020 at 1:27pm PST

The Musée d’Orsay in Paris has unveiled its first “Instagram artist-in-residence” who will post an image each week on the museum’s social media account for a year. The French illustrator and painter Jean-Philippe Delhomme, a contributor to the New Yorker and UK Vogue, has posted his first image, showing the 19th-century French novelist and art critic JK Huysmans writing an imaginary Instagram post thanking Edgar Degas and the French Impressionist painter JL Forain.

“The idea is to imagine what it would have been like if late 19th-century artists had been on Instagram and had their own accounts,” Delhomme tells The Art Newspaper. Last year, he published the book Artists’ Instagrams, in which he imagines how major names such as Henri Matisse and Pablo Picasso would have used Instagram. He is also a regular contributor to our sister publication, The Art Newspaper Edition Française. 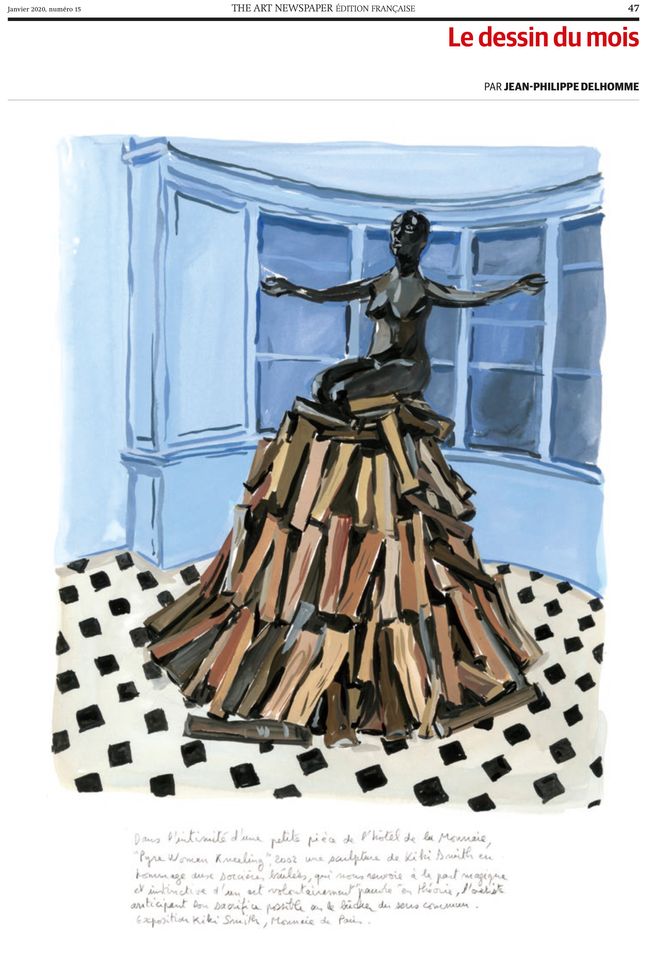 “[The Instagram feed] will vary according to the temporary museum exhibitions—such as the current show dedicated to Huysmans (Huysmans, Art Critic From Degas to Grünewald, in the Eye of Francesco Vezzoli, until 1 March),” Delhomme says. Works by artists in the museum collection which he finds inspiring, such as Renoir, Manet and Vuillard, could also feature.

Donatien Grau, the museum’s head of contemporary programmes, says: "[Our strategy] aims to go from scholarship to Instagram, and involves every part of the museum; just look at the multiplicity of people we've invited for Une oeuvre, un regard, our weekly programme, with over half a million views to-date." This involves asking cultural figures, including writers and philosophers, to discuss a work in the collection that intrigues them (the films are screened on YouTube and the museum’s Facebook page).

The Musée d’Orsay Instagram feed has 829,000 followers. The Louvre, which posts key works daily from the collection, has more than 3.6 million followers; one million people are following the Centre Pompidou in Paris on the social media platform.