Uninvited Guests exhibition has "been done from a misogynistic point of view and still projects the misogyny of the 19th century,” says one signatory 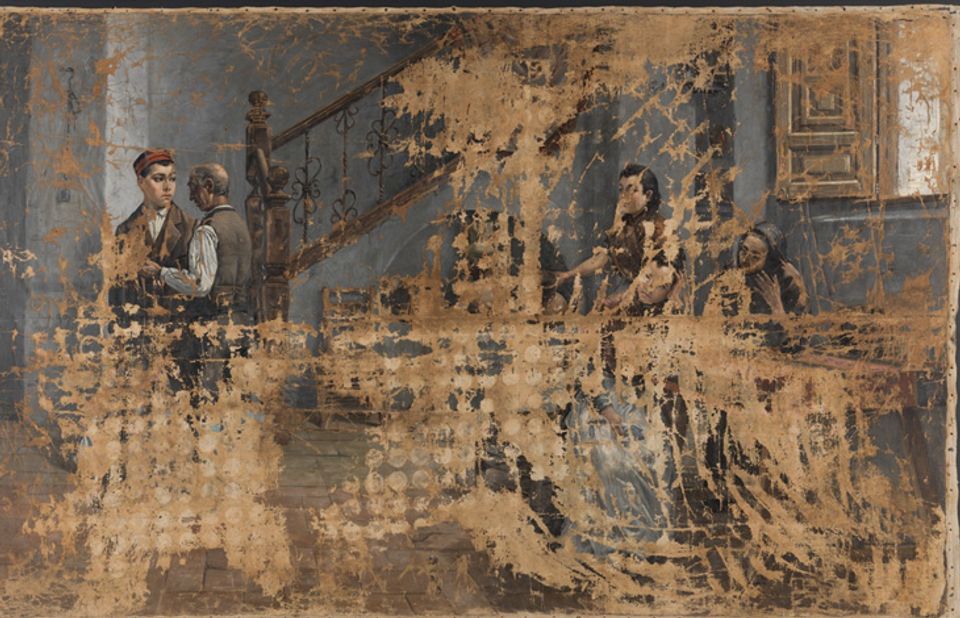 An exhibition at the Prado museum in Madrid that explores the role of women in 19th and 20th-century Spanish art has been accused of the very misogyny it seeks to redress.

Uninvited Guests, the Prado's first show since it re-opened (until 14 March 2021), is a "survey of the situation of women in the Spanish art system". It presents 133 paintings—largely from lesser-explored sections of the museum's collection—from between 1833 to 1931. Of these works, 60 are signed by women artists, including María Roësset and Aurelia Navarro.

Divided into 17 parts, the exhibition features work by Spain's first female photographers as well as paintings from genres more acceptable for women at the time such as miniatures and still life.

However, despite the show's "intention to give visibility to works [from its collection] not always accessible to the public through their inclusion in new narratives," criticism from feminist critics and art historians has surrounded Uninvited Guests since its opening.

The first controversy occurred last week, after the museum was forced to withdraw one of the show's paintings in light of art historical evidence that proved it was by the male artist Adolfo Sánchez Megías rather than the woman artist Concepción Mejía de Salvador, as initially assumed.

Earlier this week, an open letter to the Spanish culture ministry signed by eight female arts professionals attacked the show's decision to focus on traditional power structures and include so many male artists. "The Prado has failed in its fundamental role as a bastion of the symbolic values of a democratic and equal society,” the letter states.

“It’s meant to be the first time that the Prado has considered the question of female artists in the 19th century, but it’s also been done from a misogynistic point of view and still projects the misogyny of that century,” the art historian and critic Rocío de la Villa, one of the open letter's signatories, told the Guardian. "It should have been about recovering and rediscovering female artists and giving them their due."

The Spanish state “reduced [women] to decorative elements like still-life painters and flower painters. I think contemporary criticism doesn’t get that because it can’t contextualise the process of a historical exhibition,” says the exhibition's curator, Carlos G Navarro in response. “I’d like there to be a debate about how we represent the profile of 19th-century female artists in the museum,” he adds.

Miguel Falomir, the director of the Prado, said in a statement: “I think that one of the most interesting aspects of this exhibition lies precisely in the fact that it is directed towards official art of the time rather than the periphery. Some of these works may be surprising to our modern sensibility but not for their eccentricity or doom-laden aura, rather for being an expression of an already outmoded time and society.”

about 9 hours ago
Lockdown easing: the best gallery shows to see in London right now