"Art is essential to the growth of this country," say 300 art world figures and academics in open letter 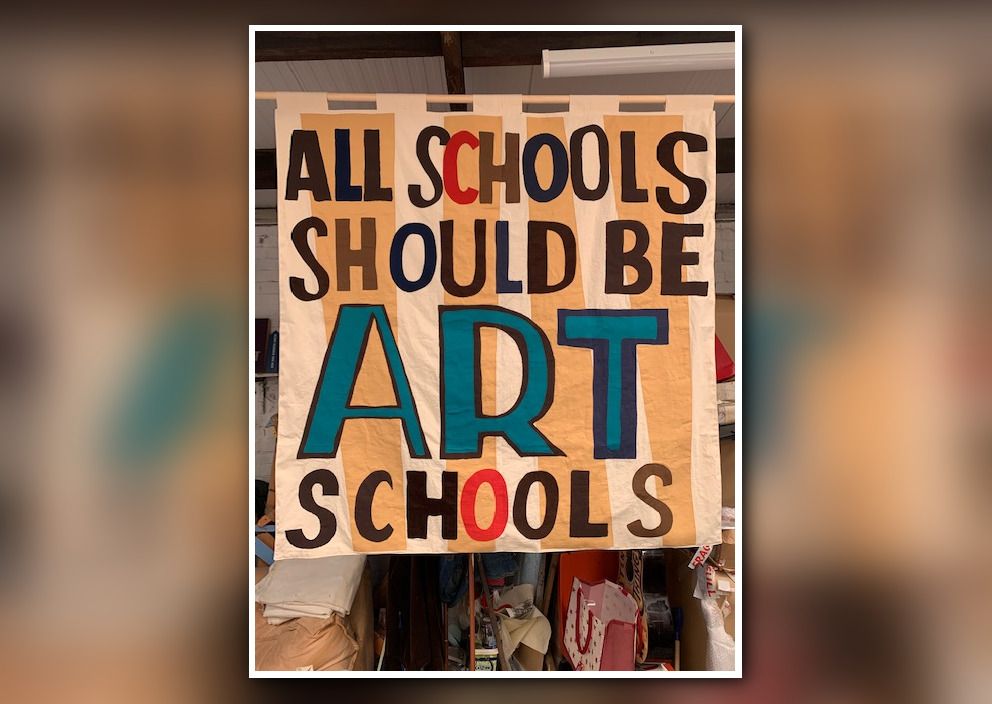 Three hundred art world figures including the Tate director Maria Balshaw and the artist Sonia Boyce have signed an open letter calling on the UK government to drop its plan to cut funding for art and design courses by 50% across higher education institutions in England.

“Revoke the policy proposals and ensure the continuation of a UK success story... Art is essential to the growth of this country,” says the letter, which is addressed to Gavin Williamson, the education secretary. Other signatories include Zoé Whitley, the director of the Chisenhale Gallery; Alistair Hudson, the director of the Whitworth Gallery in Manchester; and the Turner prize-winning artist Helen Cammock.

Higher education is a fundamental right of all people in this country, the signatories say. “This proposal will detract from one of the UK’s fastest-growing economies. The creative industries contributed £116bn in GVA [gross value added] in 2019 and supports one in every 16 jobs.”

Representatives from major art schools including Slade School of Fine Art, Central Saint Martins (University of the Arts London) and Goldsmiths also signed the letter, which was organised by the advocacy organisation Contemporary Visual Arts Network. Its national director for England, Paula Orrell, tells The Art Newspaper: “This proposed reduction to the subsidy limits access to these courses which will be halved or won’t exist. This is a precursor for devaluing arts and culture across the board.”

In a “guidance” document published earlier this year, Williamson told the Office for Students (Ofs)—the independent regulator of higher education— that it should “reprioritise funding towards the provision of high-cost, high-value subjects that support the NHS... high-cost STEM subjects [science, technology, engineering and mathematics]”

Each full-time student on an arts course is currently awarded £243 in funding (2020-21) from the Ofs; under the revised plan, each student would be awarded £121.50. The move would save around £20m, says Williamson. The consultation period for the planned budget reductions ended last week.

“The discrepancy between the DCMS and the department of education [under Gavin Williamson] doesn't add up, especially since the DCMS has put so much energy into [post-pandemic] cultural recovery. The arts and culture sector is integral to the fourth industrial revolution,” Orrell says.

“Consider a regional university whose 300 art students have their funding halved and the primary concern of the university are STEM subjects. I am concerned about the impact of these cuts on young people who cannot afford to leave home to go to university who therefore have to stay at home, and whose options have been reduced,” she adds.

Vanessa Wilson, the chief executive of the University Alliance, which represents large to mid-sized professional and technical universities, is also opposing the planned cuts. “There is a real disconnect between government departments. Crucially, this government talks about levelling up but this proposal will only create an elite which can study the arts. We speak to employers who say they need graduates with creative, innovative skills. Why kill one of our biggest exports?” she says.

A spokesman for Ofs says that the proposed changes relate to a small fraction of how the courses in question are funded, equating to 1% of overall funding. “Alongside this we plan to maintain funds to support disadvantaged students, and to boost funding for specialist institutions by £10m from which several drama schools, conservatoires and music colleges will benefit,” he adds. “We will carefully consider all responses to our consultation before making any final decisions on changes to our funding.” The overall teaching grant budget from the Ofs increases slightly next year, from £1.47bn to £1.48bn.