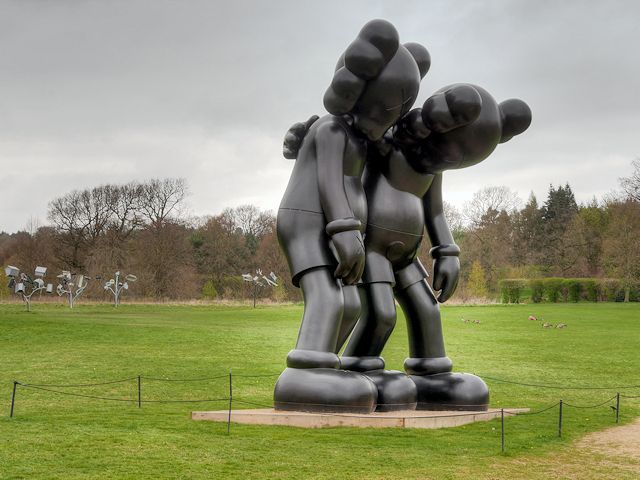 Arts Council England has awarded £257m in long-awaited Covid-19 rescue grants to 1,385 museums, theatres and other cultural organisations across England as part of the UK government’s £1.57bn Cultural Recovery Fund.

Major regional recipients include the Yorkshire Sculpture Park (£804,013); the Whitworth gallery in Manchester (£428,223); the Watts Gallery Trust in Guildford (£421,980); the Bluecoat Gallery in Liverpool (£63,250); the De La Warr Pavilion in Bexhill (£657,713); and Sheffield Galleries and Museums Trust which was awarded £500,000. “While visitor numbers are growing, as anticipated many people understandably just aren’t ready to return yet,” says Kim Streets, chief executive of Museums Sheffield.

Museums run by Brighton and Hove city council will benefit from a £990,000 grant. York Museums Trust, which announced earlier this year that it is consulting staff regarding possible redundancies, receives £850,000. “We have finished the consultations and are now informing staff of the outcomes; we can't say any more on this at the moment,” says a spokesman for the trust. The funding enables the trust to keep York Castle Museum, York Art Gallery and York Museum Gardens partially open until Spring next year, says chief executive Reyahn King.

The Mary Rose Trust, the charity that runs the historic battleship site in Portsmouth, was given £655,304. “The grant from the Cultural Recovery Fund, through Arts Council England, is literally a game changer. It recognises the Mary Rose as one of the crown jewels of British culture that the fund was determined to save and means that the Trust will now make it through the financial year,” says Helen Bonser-Wilton, the chief executive of the Mary Rose Trust.

Earlier this year, she said that “the clock is now ticking on the survival of independent museums such as the Mary Rose, with the coronavirus crisis highlighting the extreme financial vulnerability of these unique British heritage assets.”

Art Night, the free contemporary art festival that takes place each year in a different London borough, received £74,054, which the co-founder Philippine Nguyen says enables the team to move forwards with the fifth edition scheduled for summer next year. “We’re a small charity, but our activities have a big impact on our sector, audiences, freelancers and the ecosystem we work within. This grant will go straight into supporting our team of producers and artists to come back and help us drive forward Art Night 2021,” she says.

Commercial galleries have also benefitted; Arcadia Missa gets £50,000 while Seventeen Gallery, another London venue, receives £60,000. The British government announced earlier this year that commercial arts organisations, including galleries and art fairs, are eligible to apply for its rescue package. The Photo London fair, which is currently running online, got £200,000.

This announcement relates to round one of grants applications under £1m, says ACE. Round two regarding further grants under £1m, grants of more than £1m, and the Capital Kickstart and Repayable Finance programmes are due to be announced. The issue of what happens once government funding runs out during the next financial year remains nonetheless a cause of concern for the sector.