After cancelling its New York event, the organisation's new Chicago Invitational will feature around 40 galleries in the historic Chicago Athletic Association The economic hub of the American Midwest, Chicago has a rich history of alternative and artist-run spaces. Wikimedia Commons

The New Art Dealers Alliance (NADA) will launch a new contemporary art fair in Chicago this autumn, coinciding with Expo Chicago and the opening of the second Chicago Architectural Biennial. Housed in the historic Chicago Athletic Association hotel (CAA), Chicago Invitational will run from 18-21 September.

Featuring around 40 international exhibitors, the event is roughly half the size of NADA’s former winter New York fair, which was cancelled after six years last August due to the city’s changeable and costly real estate market. Participating galleries confirmed so far include the Chicago-based Shane Campbell and Patron, as well as those from further afield such as Altman Siegel of San Francisco and Tokyo’s Misako & Rosen.

“We’ve been looking at doing something in Chicago for a long time and it feels like the time to try it,” NADA’s executive director, Heather Hubbs, says. “It has amazing institutions with smart curators and a gallery scene that has been growing quickly in recent years.” NADA is known for its focus on supporting small to mid-sized galleries, and Hubbs adds that the city embodies the “experimental spirit” of the organisation.

The economic axis of the American Midwest with a wealth of established collectors, Chicago has a rich history of alternative, artist-run spaces as well as a legacy of radical art movements like that of the Imagists in the 1960s. It is also where some of the biggest names in contemporary art continue to live, work and teach, including Kerry James Marshall, Nick Cave, Theaster Gates and Michael Rakowitz.

Despite that, the Windy City has had a reputation of a place that many blow through, with up-and-coming artists and dealers over the years often moving to the coastal art market nexuses of New York and Los Angeles. “You see that changing now because it’s a more sustainable city to live and work here, financially speaking,” Hubbs says, noting galleries like Corbett vs Dempsey and Shane Campbell that have become prominent presences in Chicago’s commercial scene, as well as the appearance of many newer spaces in the last few years, like Regards, Patron and Mickey. 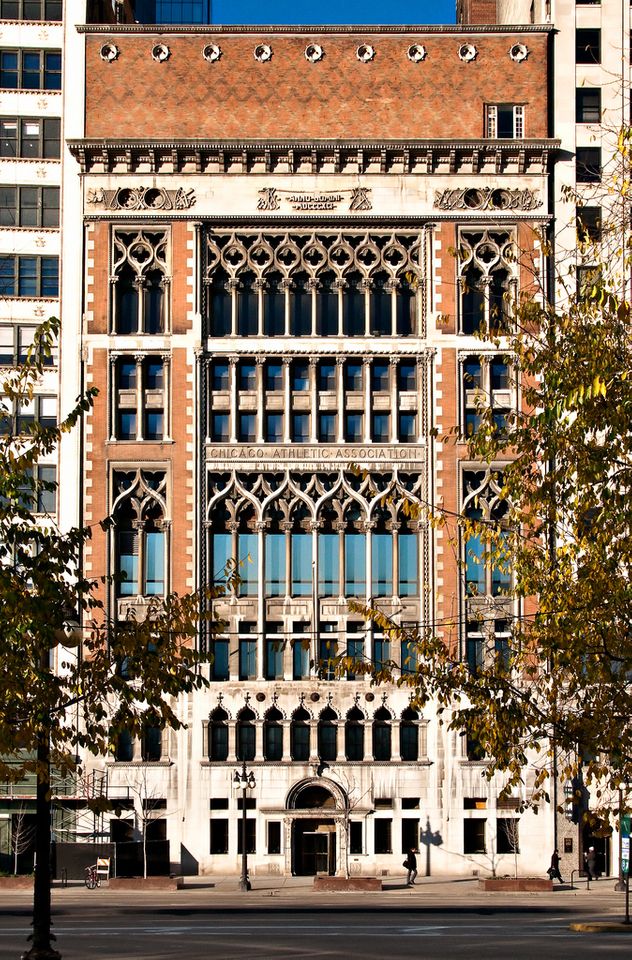 Economic feasibility and experimentation are central to the inaugural edition of Chicago Invitational, something the historic hotel venue encourages, according to Hubbs. The model and the price point are meant to provide more flexibility than a traditional fair so that exhibitors can take more creative rather than financial risks by participating. The event will take place throughout three floors of the CAA, which is situated in the city’s central Loop district and adjacent to the Art Institute of Chicago.

A curated selection of galleries will span two floors, the building’s former pool room and basketball court that have been restored into event spaces. On the fourth floor, 13 hotel rooms will also host dealers’ presentations. Stand costs vary based on size but are all between $5,000-$10,000.

The smaller, boutique fair model has been growing in popularity over the past few years and the launch of LA’s popular Felix art fair in February at the Roosevelt Hotel also proves a trend for more informal, intimate fair venues. “Whether they want a more traditional booth style or if they want to split a hotel room with another gallery, the point is to make it work for the galleries who want to show here but can’t afford to—or simply just don’t want to—do something bigger,” Hubbs says.