UPDATE, 27 July: A volunteer who cleaned and locked Nantes cathedral on the evening of 17 July has confessed to starting the fire and been charged with arson, official sources say. The man, a refugee from Rwanda, was angered because his visa had not been renewed. Following a series of attacks on cultural and religious sites, the law was changed in 2008 so now those charged with criminal damage to historical buildings in France face a maximum of seven years in prison. 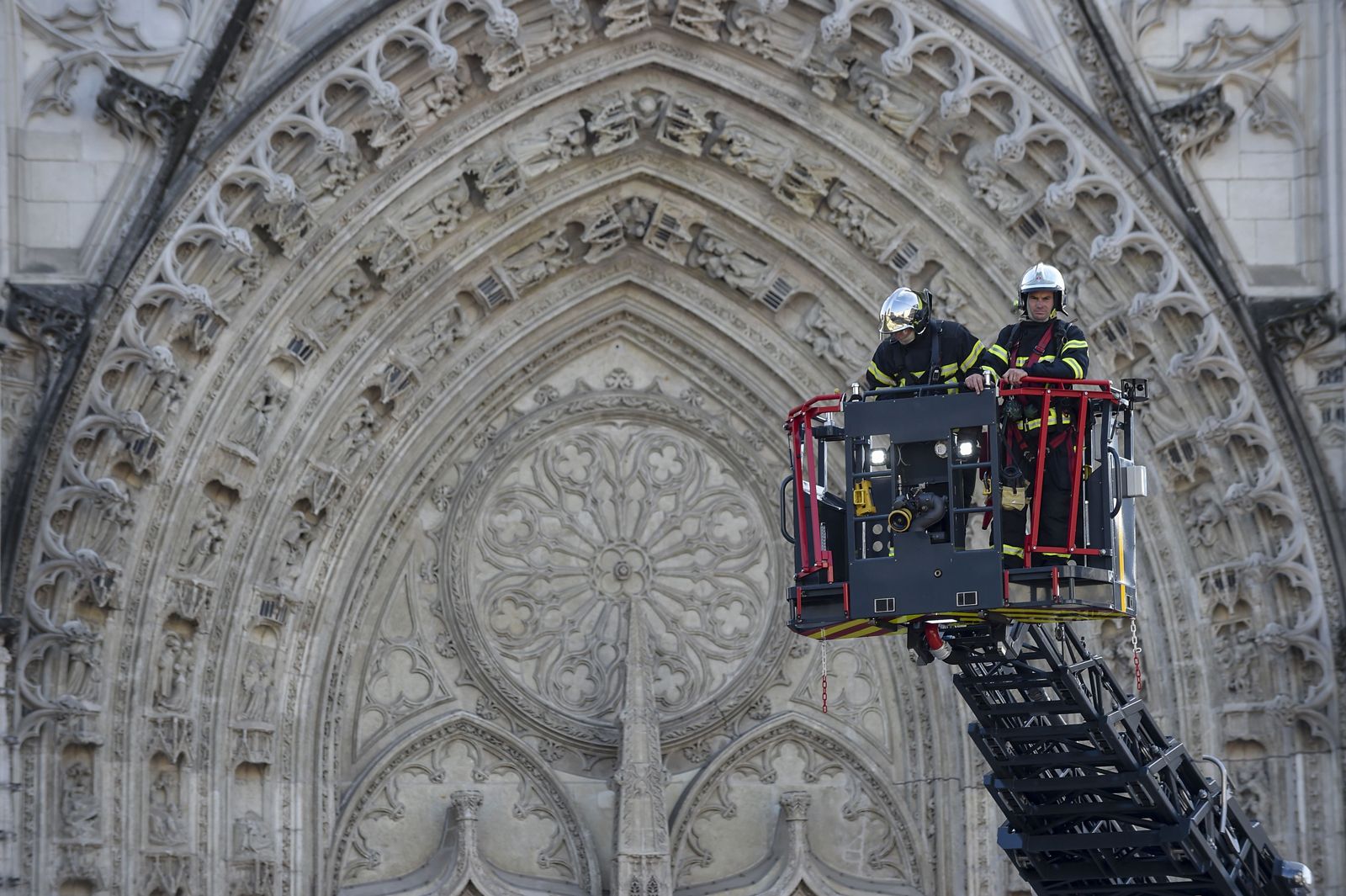 Only one year after a devastating fire engulfed Notre Dame cathedral in Paris, the fire that broke out in the Gothic St Peter and St Paul Cathedral, in Nantes, western France, on Saturday morning has raised alarm bells about the security of France’s 150 cathedrals and 45,000 churches.

It took two hours for a hundred firefighters to contain the fire, which destroyed the baroque 1627 grand organ and a smaller 19th-century choir organ, as well as sculptures and a 19th-painting sent by Jean-Hippolyte Flandrin from the French Academy in Rome. An arson investigation was opened after firemen spotted three fire starting points. But today, a source close to the investigation said the fire may have started in an old electrical cabinet beneath the grand organ (a device that is no longer authorised in public places) and may have spread to the other organs via electrical circuits.

A Rwandan refugee, a volunteer who cleaned the church before it was locked down for the night, was interviewed but released on Sunday without charge. No trace of a break-in has been found.

Critics have underscored the the lack of care and funding from the state as well as the cities in which religious buildings are located. Nantes cathedral was destroyed by fire in 1972 and was rebuilt over more than a decade. Another 19th-century church had its roof destroyed in the city in 2015. And, in the capital, Saint Sulpice church, which is the temporary cathedral of Paris now, was also damaged by a fire last year.

“There is no country in Europe where fires are so common in churches,“ says the architecture historian Alexandre Gady, who also says that “there is no capital on the continent where churches are so damaged”. After Notre Dame’s fire, the catholic church asked for a comprehensive survey of the safety of these historical buildings, Gady says, "Has it been done? And if so, where is it?”