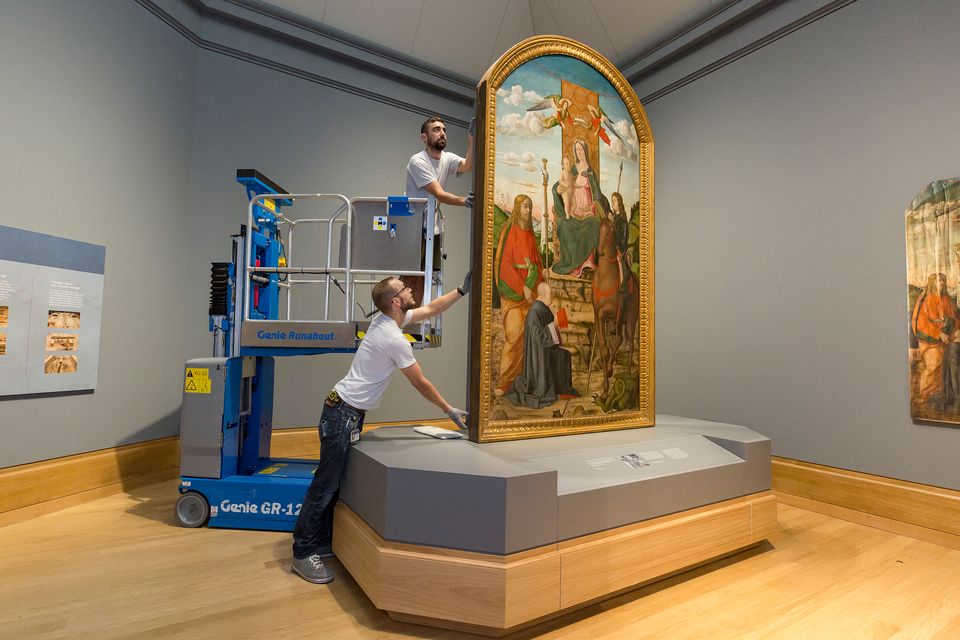 An Italian altarpiece at London’s National Gallery has taken seven years to restore, making it one of the longest conservation projects in its history. The Virgin and Child with Saints (1500-05), by Giovanni Martini da Udine, goes back on show at the museum today.

The altarpiece was acquired in 1867, but it may never have been on display in the main collection, due to its poor condition. In recent years it was hung with secondary pictures in the reserve collection on the lower floor. Then in 2011 it was decided to embark on restoration.

Work on the Martini, undertaken by the conservator Britta New and her colleagues, proved highly complicated. The 2.5m-high altarpiece was painted on three wide vertical poplar boards. These boards, originally up to 5cm thick, had been thinned before the painting’s arrival in London and inserted into a mahogany slatted cradle. The cradle was too rigid, creating considerable damage to the painted surface and leaving it extremely fragile. The altarpiece had also suffered from severe woodworm losses before it came to the gallery. The different elements of the auxiliary support were positioned and the retaining blocks glued in place © The National Gallery, London

During the recent treatment, the cradle was removed and in a delicate operation the altarpiece divided into its three boards. After the earlier damage was repaired, the boards were rejoined and set into a new reinforcing structure with some flexibility, allowing the wood to move slightly without causing further cracks to the paint layer. Paint losses were then retouched.

The Virgin and Child with Saints is going back on show in a small display (until the end of the year), which allows visitors to also see the reverse.