The museum is expected to reopen in July or August 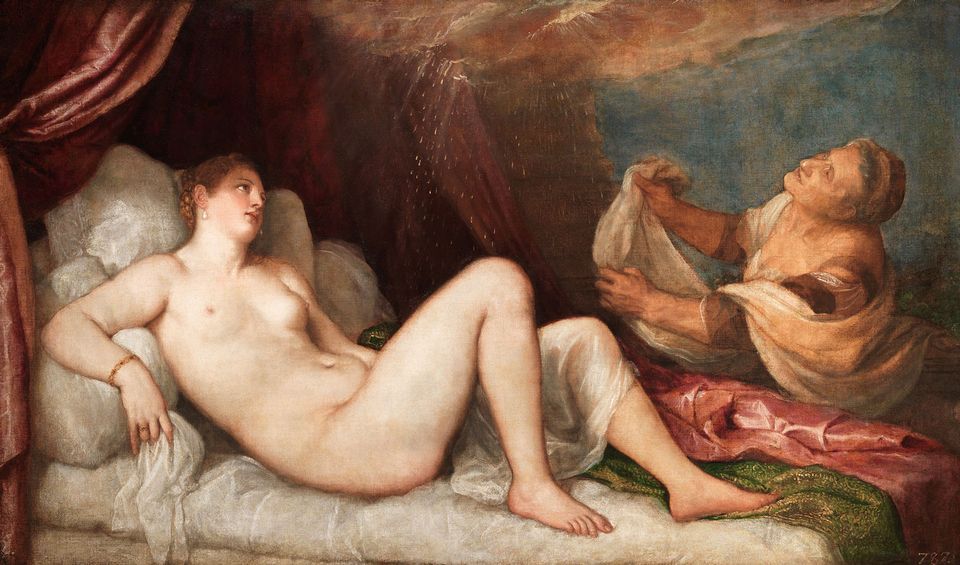 Titian, Danaë (around 1551–53) is in the National Gallery exhibition © Stratfield Saye Preservation Trust

London’s National Gallery is postponing its major Raphael exhibition for two years. Raphael was due to be held from this October until January 2021, to mark the 500th anniversary of the artist’s death. Today it was announced that the show will be delayed until 2022 because of the Covid-19 crisis. Raphael is expected to include around 30 paintings by the master, two thirds coming on loan.

Titian: Love, Desire, Death will also be extended. The exhibition opened on 16 March, but had to close two days later. Although scheduled to finish on 14 June, it has been extended to an undisclosed date. Gabriele Finaldi, the gallery director, is “grateful to the lenders and partners who have enable us to keep the Titian exhibition open for a longer period”.

The National Gallery remains closed and it is expected to reopen in July or August. Titian: Love, Desire, Death was due to tour to the Scottish National Gallery (11 July—27 September), but this presentation will presumably be delayed until sometime next year. The exhibition was scheduled to go to the Museo Nacional del Prado in Madrid (20 October-10 January 2021) and the Gardner Museum in Boston (11 February-9 May 2021), but these dates could now be subject to change.

The National Gallery is also extending Nicolaes Maes: Dutch Master of the Golden Age, which was due to close on 31 May (the new closure date has not yet been announced). Two displays planned for the small Room 1 space are being delayed: Sin and Conversations with God: Copernicus by Jan Matejko. No information is being given on new dates for the much-anticipated and postponed Artemisia Gentileschi exhibition, which had been due to open in April.

Meanwhile it was announced last week that this year’s other major Raphael show will be extended. Raffaello, at Rome’s Scuderie del Quirinale, was (like the London Titian show) only open for three days in March before it too had to close because of Covid-19. It was due to run until 2 June. Instead it expected to open on 2 June and run until 30 August.

With social distancing, the number of visitors will need to be limited in museums for the rest of this year and probably into 2021. Delaying the National Gallery’s Raphael and Artemisia exhibitions will hopefully allow more people to see these blockbusters.

• For more on the art of Raphael, listen to our podcast

UPDATE 28 May: National Galleries Scotland today announced that it has cancelled its showing of the Titian exhibition, originally scheduled to open on 11 July. A spokesperson said: “We have worked with our partners to consider options for re-scheduling the exhibition in Edinburgh at a later date but we have decided that this is not a viable possibility and have withdrawn from the tour”. John Leighton, the director-general, explained: “Against a background of uncertainty around scheduling and visitor numbers, this project was no longer a viable proposition.”

about 8 hours ago
Hug a museum: the best exhibitions to see around the UK as restrictions ease