National Library of Wales—home to a 12,000-strong art collection—‘cannot survive’ if further job cuts are made 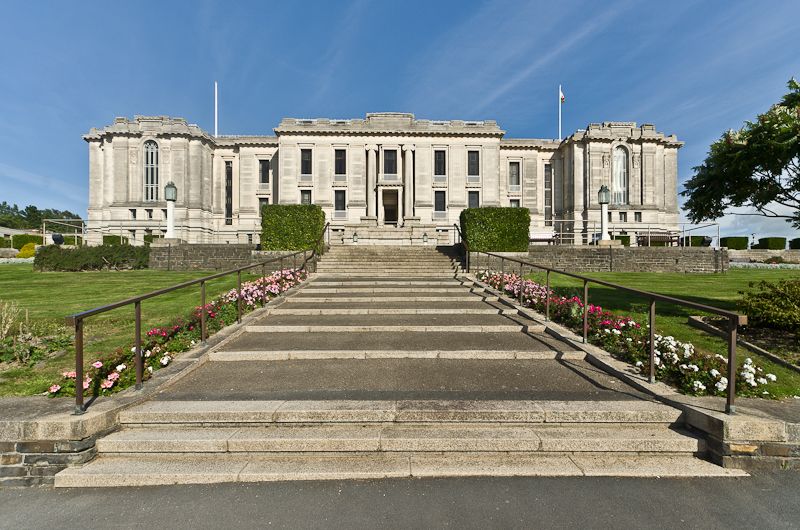 The National Library of Wales in Aberystwyth—home to the national archive and a 12,000-strong art collection—is under threat following funding cuts that could lead to the loss of 30 jobs. The move means the “library cannot survive as a working institution”, says Andrew Green, former National Librarian of Wales.

Meanwhile, almost 12,000 people have signed a petition calling on the Welsh Government, the library’s main funder, to increase its financial support for the 114-year-old institution, “ensuring that it remains a gateway to knowledge”.

Writing for the Nation Cymru website, Green says that the library is currently in consultation with its remaining employees (until 15 February) about losing 30 staff in addition to around 100 posts that have been cut since 2010.

“This would leave just 200 people in post, which is a number nowhere near enough to keep essential services running,” he says. “Already many activities have been cut back severely and public services compromised.” A spokeswoman for the National Library of Wales declined to comment.

The library receives annual grant-in-aid funding from the devolved government, which amounted to £9.6m in 2019-20. Last year, the library’s chief executive, Pedr ap Llwyd, told the BBC that the library's current financial position is the result of systematic historic underfunding by Welsh Government.

A Welsh Government spokesman told Nation Cymru: “We have been able to protect the library’s grant-in-aid from any reductions but due to unprecedented budget pressures it has not been possible to increase revenue support. It is a matter for the library to make decisions as to how it can operate effectively within available budgets.”

The Anglo-Welsh poet Hilary Davies tells The Art Newspaper: “I do think the library is under threat and as one of the four copyright libraries of the UK and the chosen repository of so many priceless art [works], manuscripts and book treasures of Wales, I find this extraordinary.”

Davies is a specialist in the work of the poet and artist David Jones (1895-1974), author of the prose poem The Anathemata (1952). The National Library of Wales holds several works of art by Jones including Llys Ceimiad: La Bassée Front 1916.

The library’s art collection includes more than 12,000 works by artists such as JMW Turner, Thomas Gainsborough, Augustus John and Claudia Williams. On his death in 2006, the Welsh artist Kyffin Williams bequeathed to the library 1,200 works on paper, 200 paintings and more than 300 prints depicting the landscape and people of Wales.